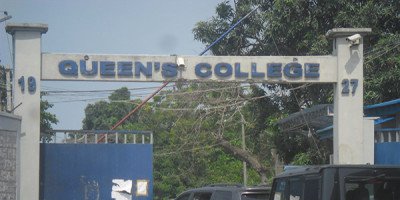 The authorities of Queens College, Yaba, Lagos, have yielded to the demands by the Lagos State government and Unity Schools Old Student Association (USOSA) to close the school until futher notice.

PTA Chairman Dr John Ofobike told reporters from The Nation Online,  that only JSS 3 and SSS 3 pupils were allowed to resume because of their exams. Resumption for others, he said, has been postponed indefinitely

An SS 3 pupil who pleaded anonymity, told reporters that she had decided to stay off food and drinks from the school while she will be taking her exams.

“The school has asked us to come because of our exam that is about to start. I have treated myself but I still have to tread with caution. Truthfully, I cannot eat or drink anything in the school.”

Kareem Babalola, a parent of the school also gave his account of the ordeal, as he said he had to spend over a million naira on his daughters health.

“My (daughter’s) case was severe. I think I was even the first to raise the alarm over the health issue. One of my daughters in JSS1 was seriously ill; she was rejected by three hospitals.
“Finally, she was admitted in LASUTH. I spent over a million naira to treat her. She was admitted for a month. I am just grateful to God that she’s fine and healthy now.”