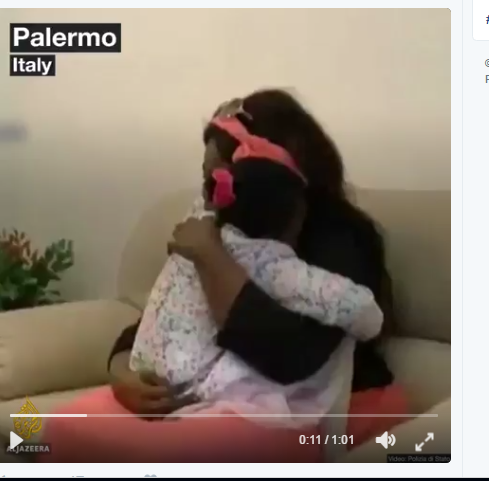 Dear Mimsters: Should I involve the police in this issue I’m having with my husband?

This video shared by Al Jazeera via Twitter, tells the story of little Oumoh, who is meeting her mother after 5 months of separation. The pair got separated after her mother had run away with her from Ivory Coast, in order to prevent Oumoh from undergoing Female Genital Mutilation (FGM). Unluckily, they got separated in Tunisia.

The little girl was rescued by Italian coast guards in the Mediterranean in November 2016. As fate would have it, she was identified after another child recognized her from a photo she had seen on someone’s phone. Al Jazeera describes this as a rare reunion, as over 21,000 refugees arrive every year in Italy, and more than 2,000 of them are unescorted children, just like Oumoh. Watch the touching video below:

Watch as this 4-year-old child refugee is reunited with her mother after 5 months apart. pic.twitter.com/Ax3vzMFHv1