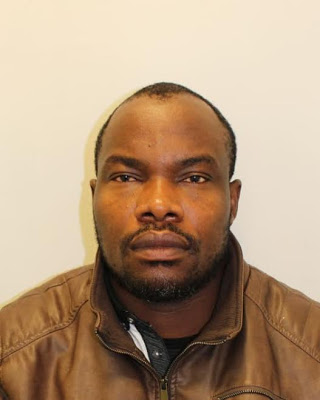 VIDEO: New Dad Puts His Little Crying Daughter to Sleep in the Most Unorthodox Manner

Jerry Ablorh, 41, has been sentenced today at Croydon Crown Court after being found guilty of rape and two counts of sexual assault by penetrating a 5 year old girl.

Metro Uk reported that Jerry has a history of singling out his victims’ families before carrying out his attack on them.

He was reported to have dated a 5 -year -old girl’s mother for two years, before raping the girl. Names of both mother and child have been withheld. Whilst in a relationship with her mother, he would take her to a park, send her mother pictures in a bid to assure her that everything was okay, Afterwards, he would proceed to rape the innocent child. Keeping her silent by telling her that her mother would die if she told anyone.

“Ablorh’s crimes were despicable. He singled out the victim before launching his attack. It was clearly the most horrible and terrifying experience for her, a girl of just five years old. There is every chance Ablorh has abused more children who have yet to come forward. We would appeal for anyone with information to contact us in confidence.”

Eventually, after two years, Jerry’s relationship ended with the mother, and the girl was finally able to tell her mother what had happened. Scotland Yard authorities said she cried throughout her interviews as she told them what had happened. Jerry was eventually tracked down after he was spotted on New Year’s Eve outside a church in Croydon. He was charged with two counts of rape and three counts of sexual assault by penetration.

He denied what happened, but was eventually found guilty of three offences and acquitted of two.