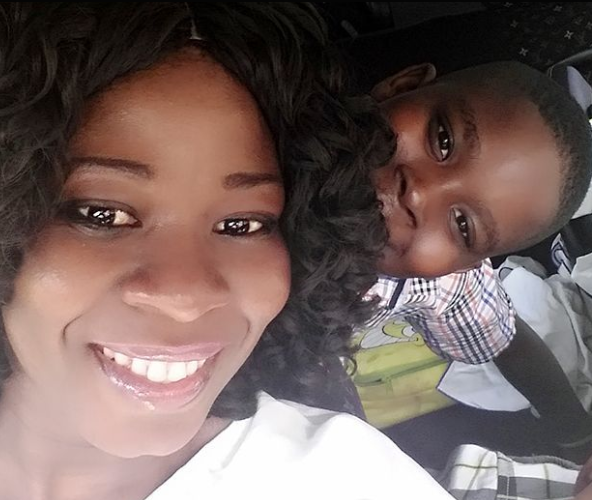 Ghanaian Peace FM Entertainment Review Show panel member, Whitney Boakye-Mensah, who recently shared an open letter to potential brides warning them not to spend too much on the wedding or get lost in the need for an extravagant wedding (read here), shared her personal story with Entertainmentgh.com, earlier in March.

In the interview, the event planner and yummy mummy of three adorable kids, opened up about how she had 10 pregnancies, miscarriages, still-births and finally three cute sons. 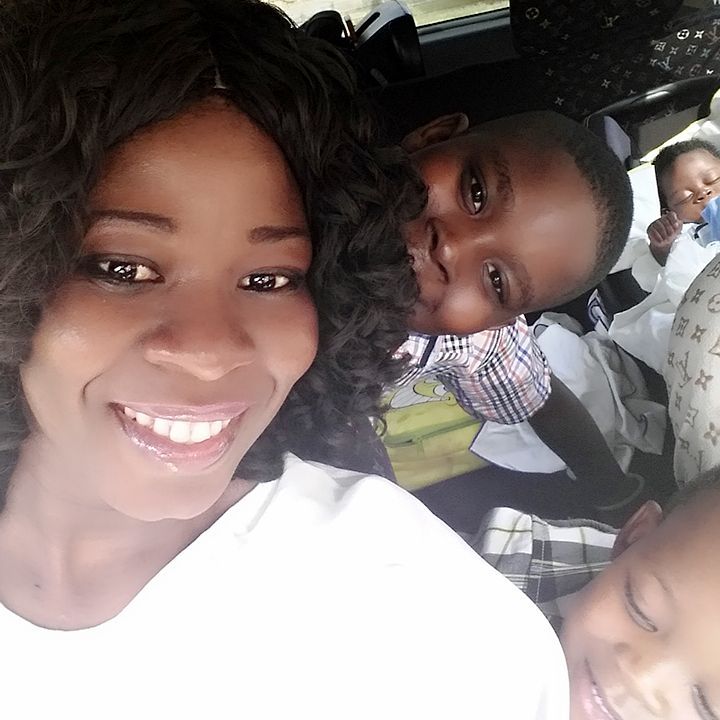 We find the story touching and inspiring and believe that you would too.

”I remember the day so well, a sunny afternoon in November, hubby had left for work, and I still had the ‘new bride glow’, sorting out stuff when I felt a warm trickle down my legs.

I was bleeding; I was 4 and half months pregnant. Bleeding was not part of the equation and my first instinct was to call hubby, who told me to rush to the nearest clinic close to home, where I usually go.

I felt every bump on the road in the taxi on my way there. A scan was done when I got there and immediately I heard the Doctor signal something to the nurse, I asked if my baby was okay – he said there was no heart beat, and I was clotting thick and fast.

Hubby called to assure me he was on in his way. I was crying, told him they said no heart beat, just like that, I was rushed into the theatre/Labor ward. They wanted to do a D&C to take it out, but the scan showed he was an almost full-blown human.

I HAD TO BE INDUCED TO BIRTH HIM; PAINFUL, HURTFUL, ALL FOR NOTHING!

The sad thing about some Ghanaian hospitals is that, they think they are helping you by taking the fetus/ baby immediately, so you do not grieve. I never got closure, but I had a husband who held me, hugged, and I cried it out.

Our first tragedy; we went on to endure 5 more miscarriages and another still-birth. How we survived, only God knows.

God has a way of bringing into your life, the person you need to hold your hand – mine is my hubby.

Such things have a way of affecting your lives; the questions, the judgment from strangers and people you used to call friends. The funniest I heard was that, we both were sex addicts and the sex was killing our babies.

People have no decorum. Everyone felt they had an opinion about our lives and the saddest I heard was how my hubby was ready to marry a new woman to give him children.

No one considered how we felt, what we were going through. Baby clothes and baby food bought for our babies became presents to be given at christening and naming ceremonies we attended for others.

People have a way of looking at you without talking, yet, you instinctively know what they intend asking – “When will we attend yours?”

Desperation has a way of taking you places you never should have gone in the first place, reducing you to the mercies of charlatans, liars, lustful men disguised as men of God.

We (My dearest husband and I) had to endure ‘spiritual bath and consultation’ together, and one can imagine how we rejoiced when we were told we were ‘spiritually pregnant’. We were also given concoction drink, only to get home and bleed my guts out.

Then, my mum started bugging us about a supposed good Doctor she has been told about. She hounded us to go see him.

Having accepted to see this Doctor, I was ready to tell him my piece of mind -let’s just say, he became our counselor, he told us to stop stressing after we had done all tests and been given more fertility drugs to take just to boost our system. Some were obnoxious, some gave mood swings and some were extremely expensive, but through it all, we had each other.

I bumped into a family friend’s wife; we got talking and she advised me to seek help, specifically help from her church. She told me how I will be made to go to the sea and pray at 12 midnight, how I would have to buy cartons of beer and stuff for purification then finally, how the spirits of my parents and hubby’s parents would be summoned for questions on why we could not have children.

I was shocked, hurt, and angry; agitated over the fact that, anyone and everyone could talk any how to me because of a situation I had no control over.

I got home, wept, cried and asked God, why? I even said Hannah’s prayer, moved on with my life and totally lived it to the fullest, baby or no baby!

Interestingly, it took another 6 years; years filled with people asking when number two will arrive.

It’s amazing how God works; exactly 37 weeks after that, our first miracle arrived, it took another 6 years of people asking when number two will arrive.

Our son was growing up without a sibling, and one day, my heart broke, when my son came home with an assignment about families and siblings, and his classmates were teasing him about having no sibling – he was hurt!

I told him, that one day, it will happen! I remember how every morning we prayed about it and he was very specific in his prayer, he wanted a brother he can play ball with.

WE ENDURED TWO MORE MISCARRIAGES BEFORE OUR SECOND MIRACLE ARRIVED; ANOTHER BOY!

Nine (9) months on, God has an amazing sense of humor, and knows how to let his goodness and mercies manifest. A third boy was on its way, a baby we call, ‘Miracle’!

I was sick for 35 weeks, I kept losing weight, I had ketones, my cervix opened, I lost blood, our tiny miracle and I fought for our lives after a near-death experience.

BY THE GRACE OF GOD, BABY MIRACLE, OUR THIRD BLESSING CAME, A GORGEOUS BOY.

Quite typical, we have been asked if we rue the feeling of not having a girl. Oh, considering all we’ve been through, people still find stuff to talk about!

I found my purpose, as God’s advocate first, as an advocate and source of comfort for women going through similar experiences; as a wife, mother, after God’s heart and as a friend!

Dear couples going through the hard road of having no baby; know that you have a purpose – be each other’s friend.

It is easier when you are united against the world. When you are depressed, talk about it, do not feel ashamed to find help, live your life to the fullest, hate not, envy not, and give your worries to God!

A tigress, who has earned her stripes!”