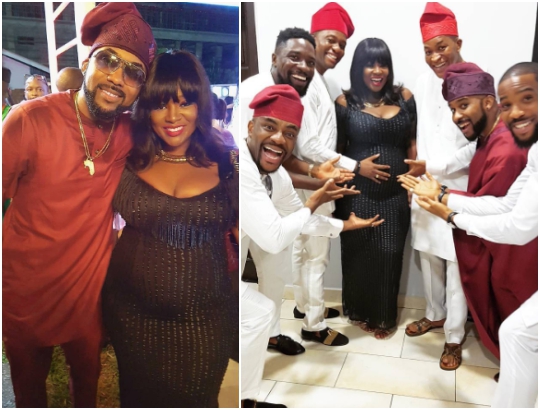 Dear MIMsters: I don’t know why am I still in this relationship despite all the advices I have been given?

Over the weekend, popular radio personality, Toolz and her husband, Tunde Demuren revealed in a unique way that they are expecting their first child together (read here).

Meanwhile, before the announcement, she was hesitant to show her growing baby bump and had in fact tried to hide it.

READ ALSO: Check Out Toolz’ Epic Response to Fans who Are Pressuring Her to Get Pregnant

Taking to her Instagram a few minutes ago, Toolz said that Banky W was the one who encouraged her to announce the exciting news during his introduction ceremony with actress, Adesua Etomi. 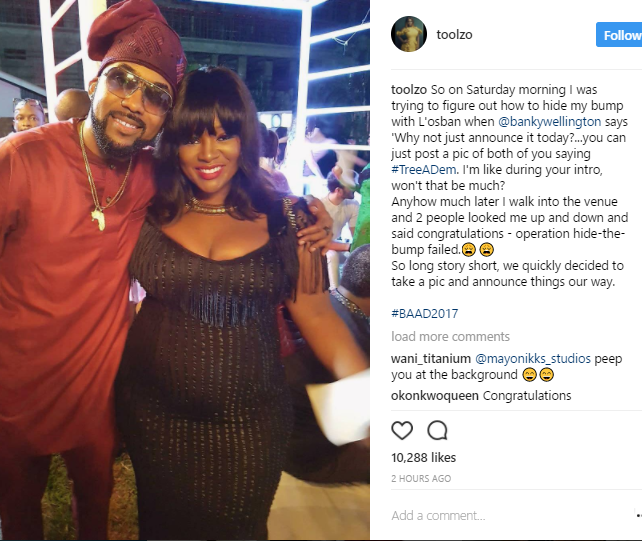 “So on Saturday morning I was trying to figure out how to hide my bump with L’osban when @bankywellington says ‘Why not just announce it today?…you can just post a pic of both of you saying #TreeADem. I’m like during your intro, won’t that be much?

Anyhow much later I walk into the venue and 2 people looked me up and down and said congratulations – operation hide-the-bump failed. So long story short, we quickly decided to take a pic and announce things our way.”

Pregnancy looks good on her!

Congratulations once again to them.