The handler, who is now managing embattled journalist, Kemi Olunloyo‘s Instagram account, has pleaded with Nigerians to donate to meet her N1 million bail condition.

The handler also posted account numbers and other monetary agencies she can get money from. However some of her fans think the person now managing her account, is planning to scam them, while others have sworn never to donate.

The controversial blogger has been in Port Harcourt prison since March 14th, following the defamation law suit filed against her by popular Port Harcourt-based pastor, David Ibiyeomi (read here).

See her plea below… 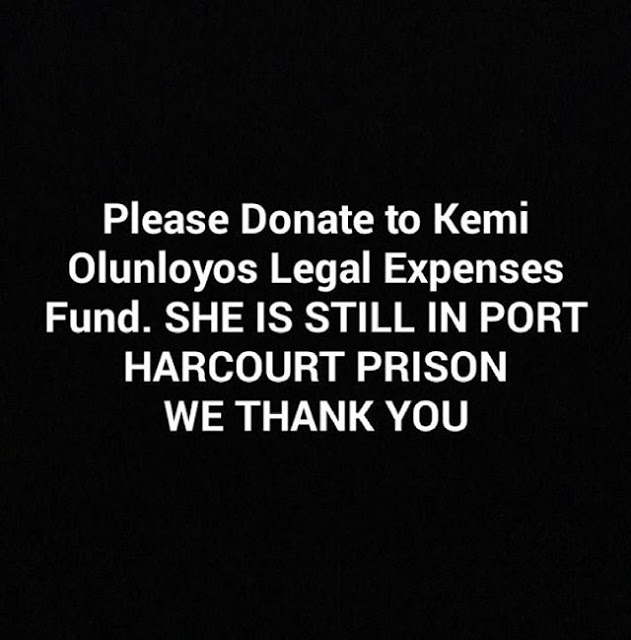 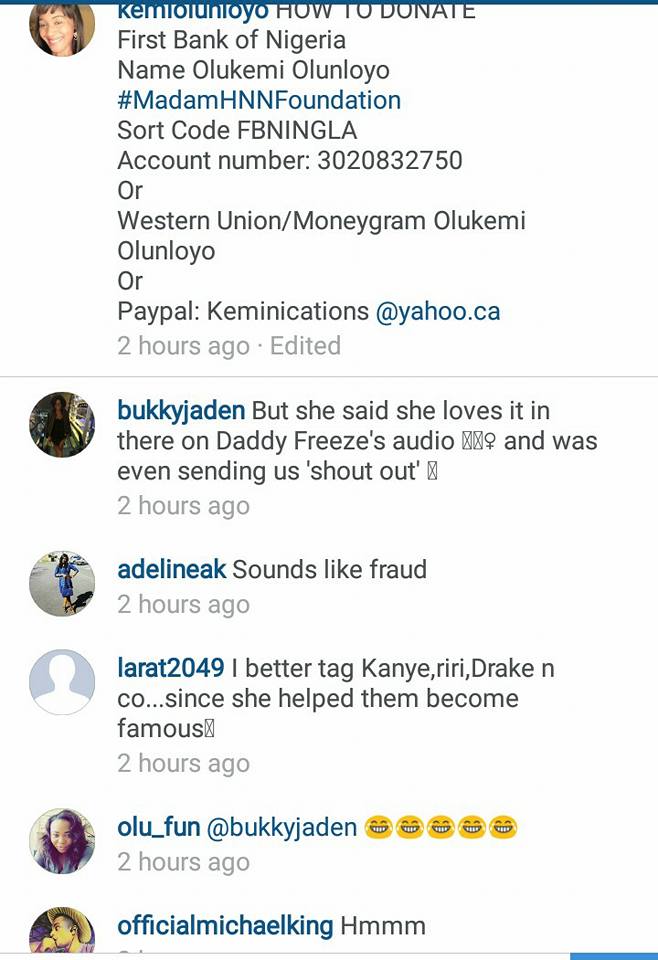 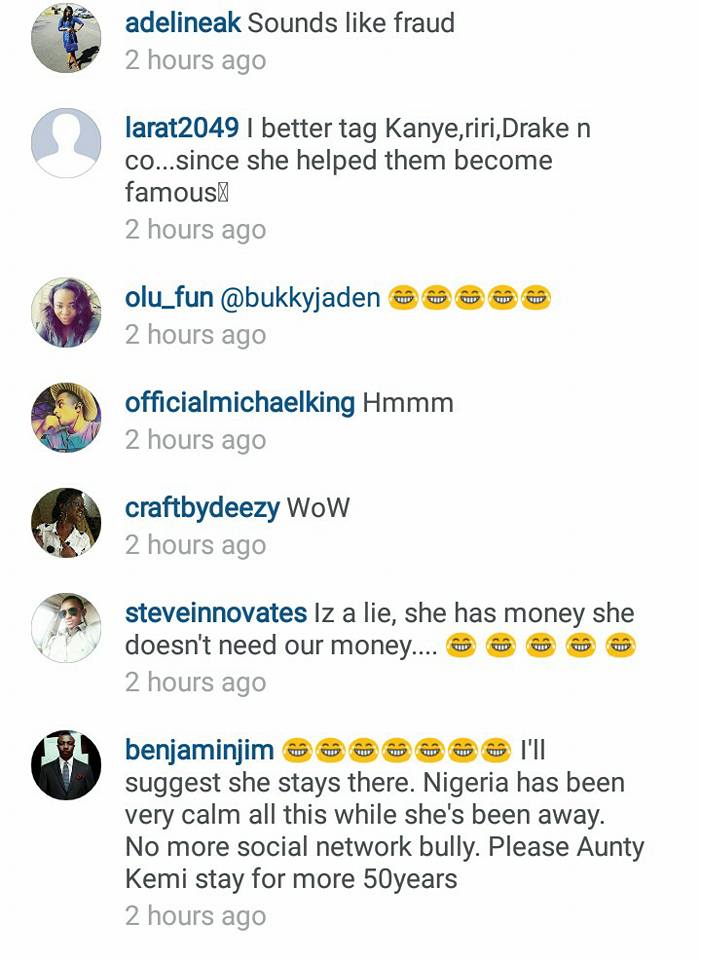 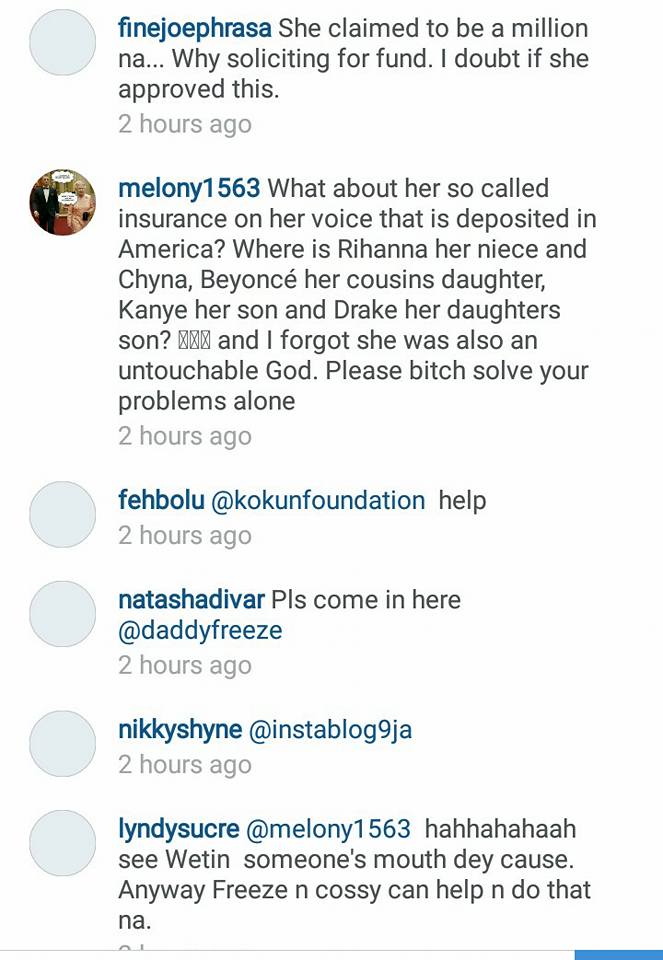 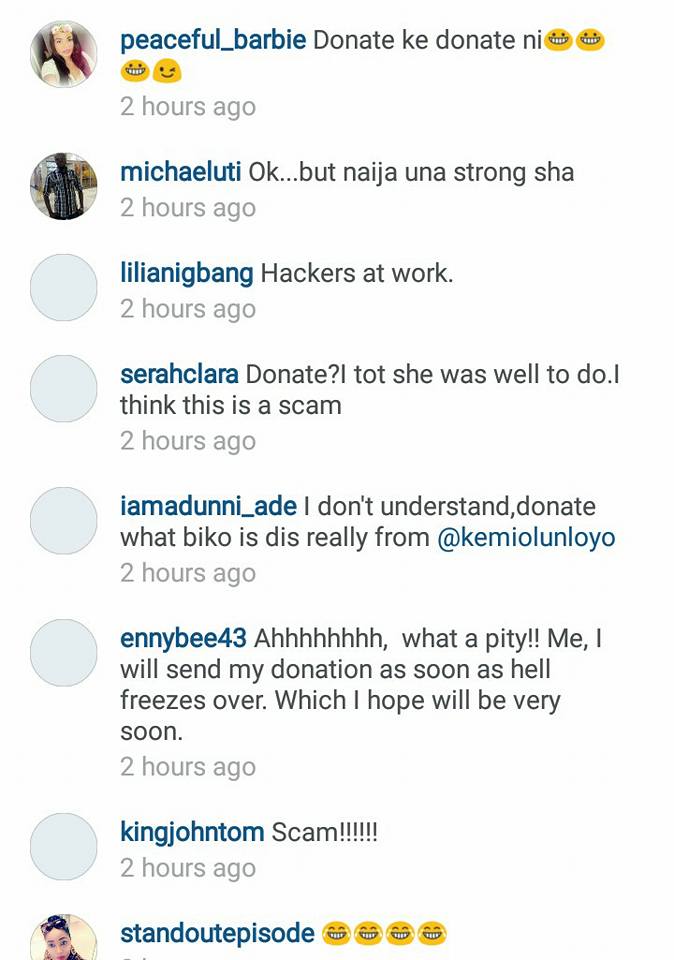 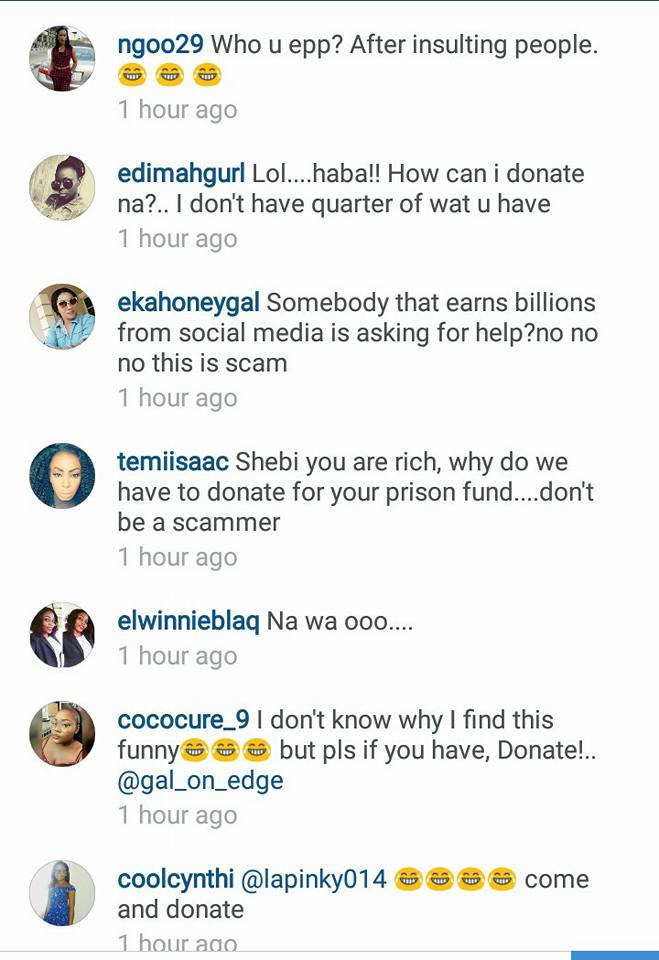 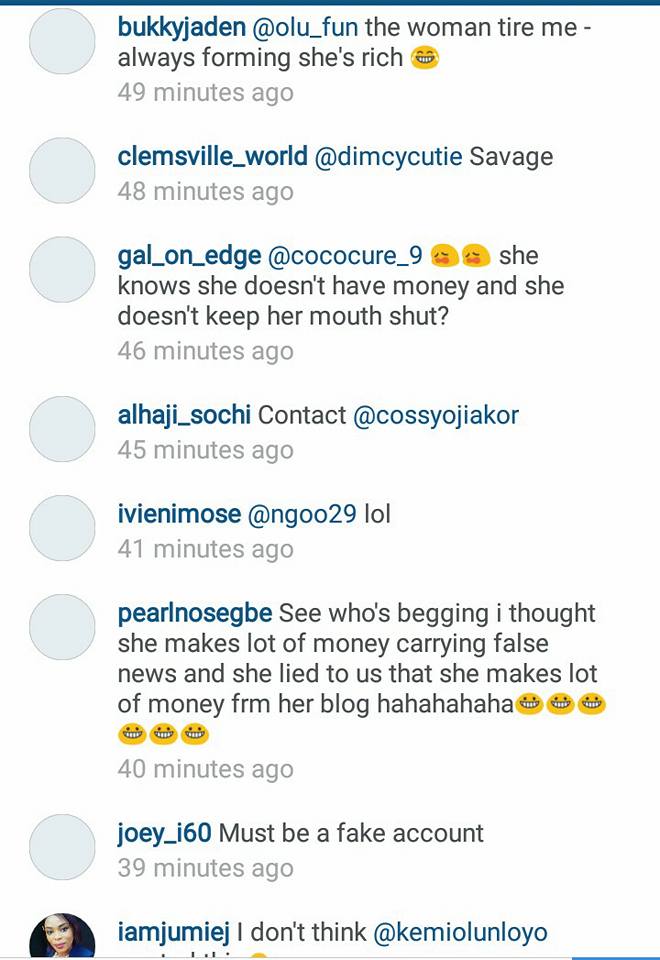