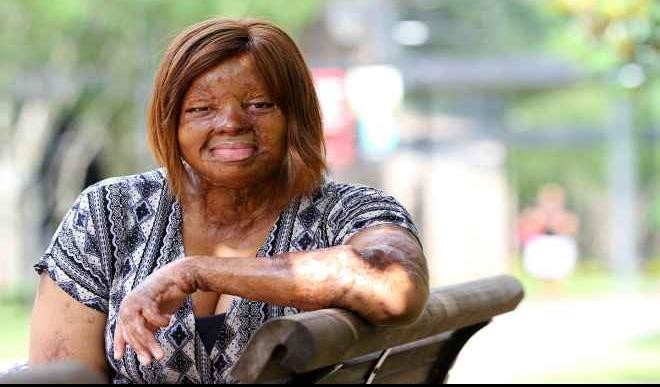 When life gives you lemons, make lemonade out of your lemons. This is exactly what 2005 Sosoliso plane crash survivor, Kechi Okwuchi is doing.

She graduated with a First Class degree from University of Thomas Houston, Texas on May 16th, 2015. Not only that, she was inducted into 6 academic honor societies, was the most Outstanding student for her major in Economics and has already been accepted into graduate school for her MBA. She was also chosen to give the commencement address to the class of 2015 at her school.

Ms. Okwuchi survived the ill-fated Portharcourt bound flight which crashed on the runway and killed 107 people, including her close friend who was sitting next to her and late Pastor Bimbo Odukoya.

What makes her story so touching is the fact that she was one of only two survivors on that plane.

She was a student of Loyola Jesuit College at the time, a boarding high school in Abuja and was on her way home for the holidays when the crash occured .

She was once quoted to have said, “I remember just saying I don’t know, but I think we should pray or something, I don’t know. We actually never got a chance. That’s the last memory I have before I blacked out.” The next thing I knew, I was waking up in Milpark Hospital, South Africa. To this day I don’t remember the actual impact of the crash.

Kechi has had more than 100 surgeries, including skin grafts in the US as a result of the severe burns all over her body. Doctors placed pins to support her hands but this didn’t stop her from reaching for greatness.