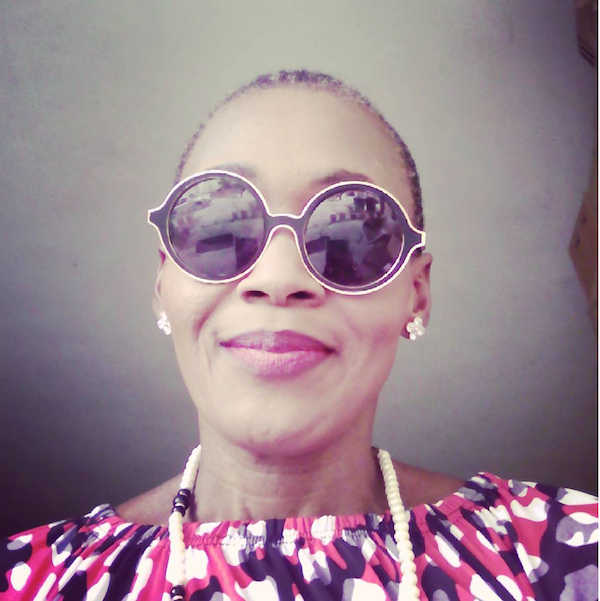 Why Mother-of-4, Lolo 1 of Wazobia FM Would Still Love to get Married

Self acclaimed journalist and daughter of former Oyo State Governor, Kemi Olunloyo says she is married.

The controversial woman who was recently incarcerated for allegedly reporting a fake news about yet another Port Harcourt based controversial Pastor revealed she got married during her short stay in prison.

In her own words, Kemi reveals below…

kemiolunloyo#BREAKING
I GOT MARRIED LIKE I PROMISED TO IN 2017. Yes I got MARRIED to someone in prison. This is my FIRST SUNDAY away from #PHMax prison. I lean towards Catholism and Islam which I grew up in and attended the Catholic church inside the prison. There are up to 4 churches and a mosque in there plus the Pentecostal churches that visits inmates weekly and bring us the word of God and provisions. I became a “bible reader”. The same bible I ripped in 2016 as being a “storybook” of fiction may have been real. I studied what the prophets of old said. It seems unreal but these things likely happened. 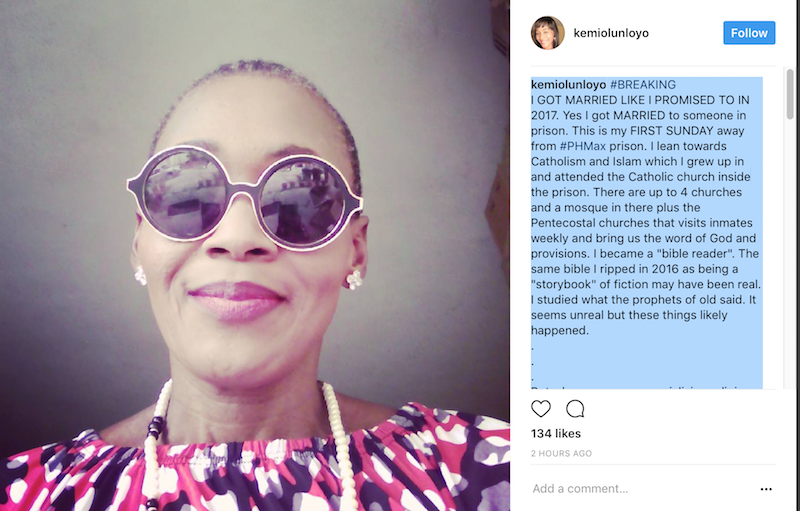 But why are we commercializing religion and brainwashing the congregation? I will become a Woman of God very soon and use my prophetic abilities and bible story knowledge to apply wisdom to your lives. Prison always make all inmates spiritual…right? .

Hell No! Jesus shows up in the most expected places. Unlike the enemies of the #freethesheeple movement who are so Christ obsessed? I did not find #Jesus. He found me! Jesus is my first and new HUSBAND! I have never been married or divorced in my entire life. This will be an everlasting relationship.

Say Alleluia! May God forgive your sins too! Dont be obsessed with religion. Minimize!

#HAPPYSUNDAY to all of you and my former inmates. My seat in the front row near our Catholic female leader and 76yo #MamaOwerri will be empty today as Father tells the church about my release last week.
Click #HNNReligion and explore.
#MadamKOO
#KemiOlunloyo