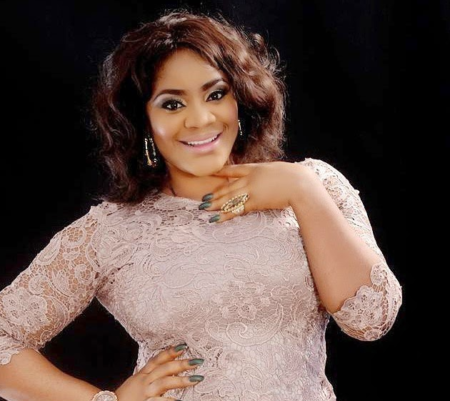 So Inspiring! Comedian ‘I Go Dye’ Reveals Why he Built a Mansion for his Mom

Some may say that popular Nollywood actress and single mum of one, Uche Ogbodo, does not really qualify as a marriage counselor. This perspective may be viewed by some as valid, given the fact that the actress went into the sacred institution and her marriage crashed barely six months after it began. But then, who is better positioned to speak on an issue than one who has been affected by it?

In a recent chat with  Vanguard Newspaper, the talented actress gave her candid advice to couples about keeping details about their marriage off the Internet –  especially celebrities who wash their dirty marital linens in the social media public. She advised that doing so could lead to a catastrophe in relationships.

When asked her opinion on why celebrities feel the need to take their relationship issues to social media, the mother of one replied using herself as an example.

Read what she said:

“When one is hurt, you will think you need to vent it for the whole world to feel your pain. It’s like if you don’t, you are going to die. I have been there. It takes the grace of God.

I’ve been there and I had the grace of God. That’s why I never voiced out my fears and problems with my ex. There are so many stories the media wanted me to talk about, but I wasn’t ready. And so I just put a name to it ‘He’s a liar’. I didn’t give details or anything. If I ventured, Oh my God! The internet would have broken for my sake! Why would the internet break for my sake? I have millions of fans who are following me. I have a lot of people emulating me.

Why would one mistake destroy me? Why would one mistake that I made destroy the lives of so many people in their marriages? Because of what I say about a man? So you need help. So many people don’t know God and so when these things happen, they are broken. They think the internet is their God. The internet will only destroy you further. And as your marriage is crashing, you’re crashing hundreds of marriages of your fans because they are believing every word that comes out of your mouth.”