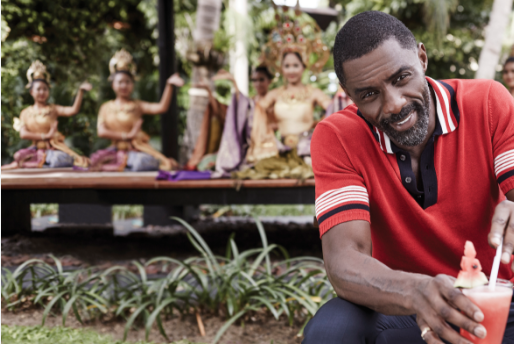 As he covers the front page of the ESSENCE magazine 2017 edition, popular actor Idris Elba talks about his upcoming films, jammed packed schedule and love life.

Elba, 44 was married to Hanne Norgaard from 1999 to 2003, he and Norgaard share a teenage daughter, Isan. After the marriage crashed he re married to Sonya Nicole Hamlin for just six weeks in 2006 and divorced that same year.

In 2014, He welcomed a baby boy, Winston with girlfriend Naiyana Garth whom he is no longer with.

Set to star in six projects this year including Thor: Ragnarok and the fifth season of Luther,  the father of two has been so busy. When asked about his career, he responded saying he loved music and movie and would just marry the two

READ ALSO:Idris Elba Reflects on How His Father’s Death Affected Him

Elba looked dapper in all the shots taken, when asked about finding love in the midst of raising two kids and filming so much, he was honest. He said

When asked about his kids and how they’d cope with him, here is what the charming dad had to say:

“Because I’m 44 years old with a two-and-a-half-year-old boy, I’m rolling around playing and then I’m at a Drake concert with my teenage daughter. Having a young child now keeps me young, without a doubt…”