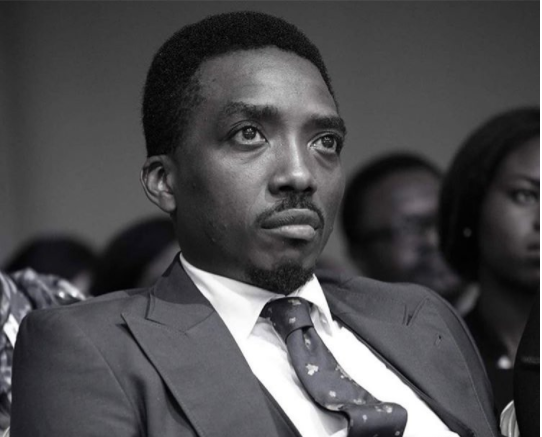 Dear MIMsters: When Will It Be Okay to Tell My Healthy Parents and Siblings ‘No’?

It’s almost typical in Nigeria for women to go hush hush about their pregnancies. If it were possible, most would probably hide it away from the public eye to avoid ‘spiritual attacks.’ It is often out of odds to ask an African woman her due date.

On the other hand, ace comedian and father of three, Bovi Ugboma seems not to buy the idea as he took to his social media page to condemn women who hide their pregnancies in order to avoid spiritual attacks.

The 37-year-old stand-up comedian says such women are ‘Village people’, according to him ‘It’s foolish’.

Sharing an embarrassing experience he had at a friend’s baby dedication, he Tweeted;

READ ALSO: This Story of a 10 Year Old Student Abandoned by his Father Will Break Your Heart

The weapons of our warfare are not carnal- bible. If you like hide your due date from calendar, God alone protects a child. If hiding pregnancy was a way of keeping village people at bay, will you hide the baby when village people come for dedication?

Went home and looked in the mirror to see if I had the mark of the beast on my head. Or maybe I was the beast.” 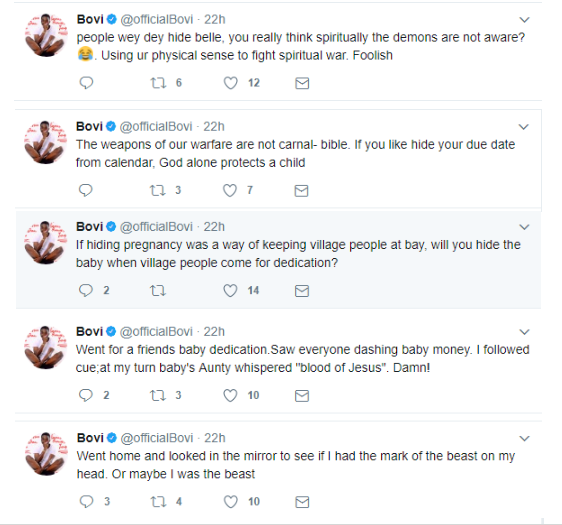 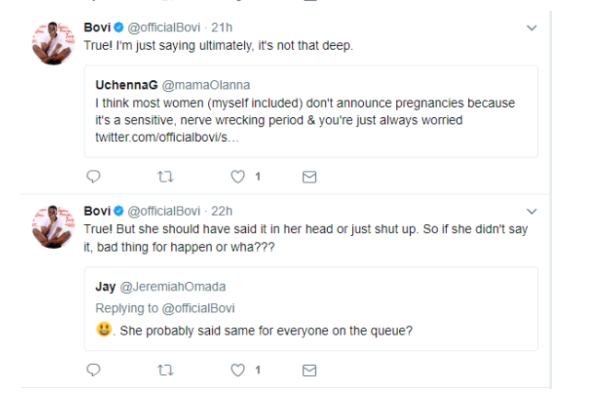 …and he replies; ”True! I’m just saying ultimately, it’s not that deep.”

”You’re right pregnant women are the most vulnerable, but what confuses me is why can’t d villagers change the X chromosome to Y when looking for a particular sex.”