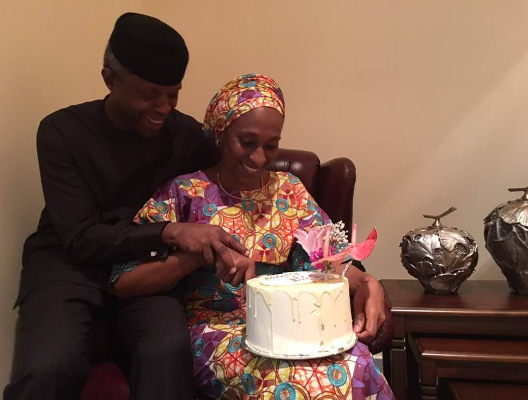 Nigeria’s Vice President, Professor Yemi Osinbajo and his wife, Dolapo Osinbajo remains an envy to many. From holding hands publicly to subtle public display of affection, you would agree that their marital sparkle is real.

Well, the wife of the Vice president, Dolapo clocked 50 years today and guess what happened? The couple cut Dolapo’s cake at midnight. So romantic.

READ ALSO:Vice President  Yemi Osinbajo Gets the Best Gift Ever from his Wife and Mum as he Turns 60 Today

Despite their busy and eventful schedules, the doting couple sure know how to be around each other. Wishing herself a happy birthday, Dolapo shared the photo on Instagram with caption:

“Thanking God for 50 years of His grace. #CakeAtMidnight.” 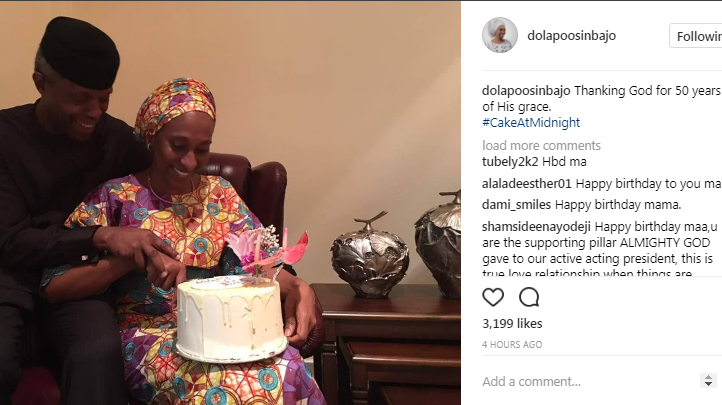