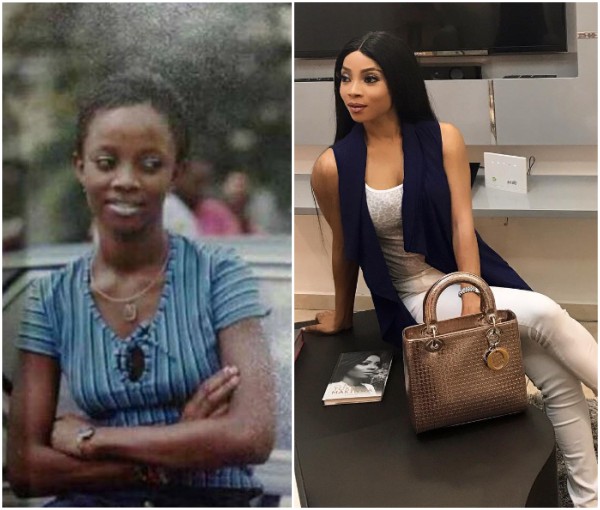 Rewards Of Motherhood! See What This Nigerian Man Did For His Mum

Multi-media personality, Toke Makinwa wraps up her book tour On Becoming at her alma mater, University of Lagos, UNILAG.

Reflecting on her time while in school, she said she decided to end her book tour at the institution of higher learning, because it reminded her of the times she lost hope of getting a Degree after she was advised to drop-out due to poor grades.

According to her, she spent 5/6 years in school while most of her mates whom she was admitted into school with had graduated.

Read her inspirational story below…

”I haven’t always made the right choices but I am thankful for grace. I’m no where near perfect, I struggle sometimes but I’m learning to lean on the grace of God to catch me when I fall.

Its quite emotional for me to end my book tour at the University of Lagos cos I remember my time there, I wasn’t the brightest student, I had potential but I was a troubled young girl, I didn’t care much for my books till one day I was advised to withdraw, and I hit rock bottom.

I had no where else to go, my grades were bad, so bad the school asked me to leave. Something happened (grace), there was a meeting with all department heads I was granted mercy on humanitarian grounds.

My lecturers knew I had it in me but I couldn’t see what they saw, they decided to give me an extra year to turn it around. It was humiliating, I started not quite at the bottom but it was a struggle. My mates had graduated and I was in a new class and boy it was hard but I did it. I don’t know how but I made a 2:2.

Instead of 4 years I spent 5/6 but I made it out. It is important for me to go back and meet with the students in Unilag, the ones doing great and the students that are struggling too.

Sometimes it takes sharing your story to inspire someone to believe in themselves and I’m always up for it. Dates will be revealed soon, #onbecomingmediatour #OnBecominginUnilag #TMisComingHome #rockbottomtorockstar #Godschild”