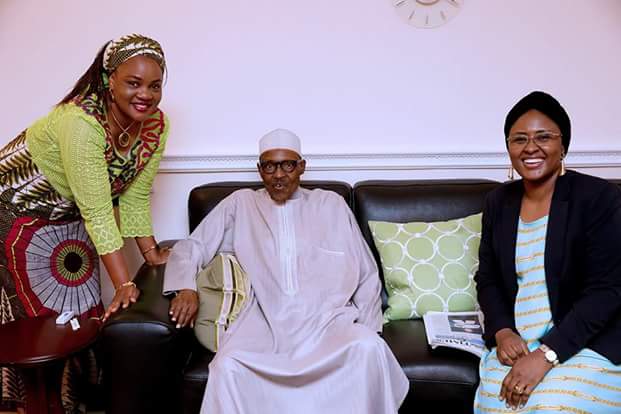 How to Care For Your Veejay after an Episiotomy (Part Two)

The Ebonyi State Governor Dave Umahi who was also in attendance, described the recovery of the President as “a miracle”, giving reports on his health on social media.

He said the social media portrayed the President’s health as “bad”.

The Nation reports that Umahi of the Peoples Democratic Party (PDP), spoke to NTA news after the visit of the seven governors to the President.

”Buhari walked without support to receive us and he took time to exchange pleasantries with each one of us. We also had a group photograph.

His voice was the usual intonation and he has no speech inhibition in whatsoever manner. He was overwhelmed by our visit. He told us that he is ready to come back to his desk once clearance is given by his doctors. We compared notes on the state of the nation and the tasks ahead.

The signs of recovery were visible but not overwhelming on him. He was looking healthier than when he came back the last time. Buhari is back to life.”

”We believe he will soon be back to Nigeria.”

FFK’s Estranged Wife, Precious Chikwendu Speaks As She Finally Reconnects With Her 4 Sons After Two Years Of Not Seeing Them

In a tweet under the photograph of the visit, Ajimobi said:

”My counterparts, the governors’ forum delegation and I were warmly received by His Excellency President @MBuhari in London, United Kingdom.”