Family Matters, News Around the World 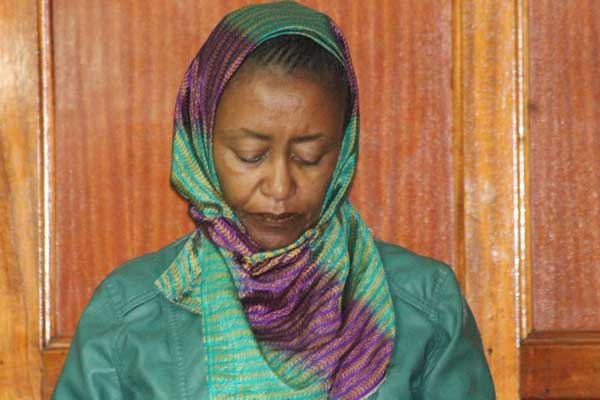 Dear MIMsters: I Need Help as I’m Fed Up With My Husband

A Kenyan University lecturer and mother of two Sheila Wanjiku Kibinge, has been sentenced to death for killing her husband in a row over family property three years ago.

According to Kenya’s Daily Nation, the woman, said to be a university lecturer based in the US and also a PhD student, was handed the sentence by High Court Judge Jessie Lessit.

”The prosecution, led by State Prosecutor Evelyn Onunga, has proved beyond reasonable doubt that you purposed to kill your husband although you allege you were both kidnapped the night your husband was executed,” Lessit said.

Dismissing her defence that her husband, Leonard Kibinge Kiruri was killed by kidnappers, Justice Lessit said the accused murdered her own husband by shooting him in the head, neck and chest in Gitaru village, Kikuyu, Kiambu County.
READ ALSO: See Why Pastor Refused to Let Deceased Wife be Buried on Her own Property

”The number of shots fired at the deceased on the night of April 14, 2014 establishes pre-meditated malice aforethought,” Lessit further stated.

Despite pleading for leniency, the judge said, there is only one verdict provided for in the law and that is “to suffer death in the manner prescribed in the law.”

Justice Lessit pointed out that there was no direct evidence linking her to the murder as the weapon used in the crime was never recovered. But she said circumstantial evidence and inconsistencies in her account of events were her undoing.

In her testimony, the accused claimed that she and her husband were abducted that night and the kidnappers shot him dead, adding that she walked away when she heard a blast from the suspected kidnappers before their car crashed into a fence.

Furthermore, she said she did not check on her husband, who was driving the car before it crashed, a fact that the judge faulted.
READ ALSO: Man Reportedly Drags Wife & Alleged Lover to Shrine Over Property

Justice Lessit said she found it interesting that after the incident, the accused bypassed the Kikuyu Police Station that was near the scene and went to report the matter at the Central Police Station in Nairobi.

According to witnesses, the accused had also changed her clothes by the time she reported the matter to the police.