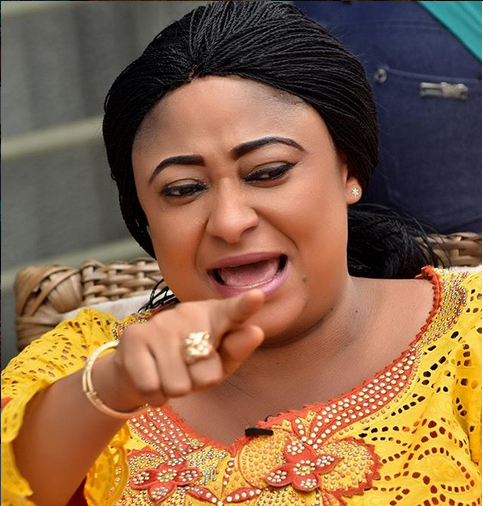 She also opened up on the cause of many celebrity marriages going down the hill. According to the thespian, a marriage can’t work out if the responsibilities of a home lies heavily on the woman.

READ ALSO: “Our children are our tomorrow. They think very fast!” Ronke Oshodi’s Message To Mums On What Their Kids Watch/See On Internet

She argued that a marriage where the woman is the one paying the utility bills, providing the school fees of the children, food and other important things cannot work.

In addition, the 43-year-old plus size mother of three stated that if she provides for the needs of the family or takes up the role of the breadwinner then there is no way she’s cooking for her man.

Ladies don’t really use to go to universities. They were like if I go to a university, no one would marry me again. My father used to say that he can never marry a graduate.

Alicia Keys’ Positive Outlook On Her Insecurities And Seeking Validation Is Applaudable!

It is not because we don’t want to really be in our husband’s house or that we are not submissive enough, it is not just going to work.

It is not just going to work. That is just it. But if you are a man and you are doing everything, absolutely everything, that is when you can have total control of your wife,” she boldly said.

Watch the full interview below…