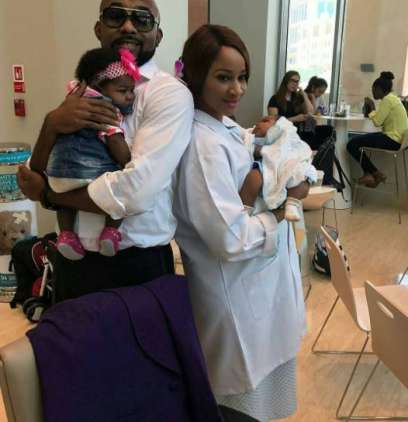 UPDATE: There Is No Going Back to Ex for Mercy Aigbe

The actress whose engagement announcement to popular R & B singer Banky W broke the internet back in May (read here), took to her Twitter handle to pen very important life lessons she would teach her unborn kids.

According to the beautiful 29-year-old diva, being beautiful isn’t an achievement in life but hard work.

”My children will be beautiful. …but I’ll teach them that that isn’t an achievement. No matter what the world says. They must work hard,” she wrote.

Mr Ibu’s Wife Cries Out For Help As She Accuses Him Of Physical Assault, Neglect, Infidelity And More… See Details

READ ALSO: “The 7 Lessons I Have Learnt In Life So Far” – Fela Durotoye Shares Wise Words of Wisdom

Banky W and Adesua got engaged in February 2017. The duo have been dating since last year and had their wedding introduction on the 7th of May.

She’s going to be one super mum!