Last night, the Academic Staff Union of Nigerian Universities (ASUU) suspended its indefinite strike that lasted for a month.

The suspension was sequel to a meeting with the Federal Government’s delegation led by  the Minister of Labour, Dr. Chris Ngige on Monday.

According to ASUU, the suspension would last until the end of October in order to enable the Federal Government to meet the union’s demands.

ASUU embarked on an indefinite strike on August 13, following Federal Government’s failure to implement the 2009 agreement with the union (read here).

A statement signed by ASUU President Biodun Ogunyemi, said all means of negotiation had been exploited before the decision was reached, according to Premium Times.

Ogunyemi explained that the government had failed to fully implement the 2009 FGN-ASUU Agreement and the 2013 Memorandum of Understanding.

At the moment ASUU is a trending topic on Nigerian social media with tons of hilarious memes, reactions and tweets from Nigerian students. 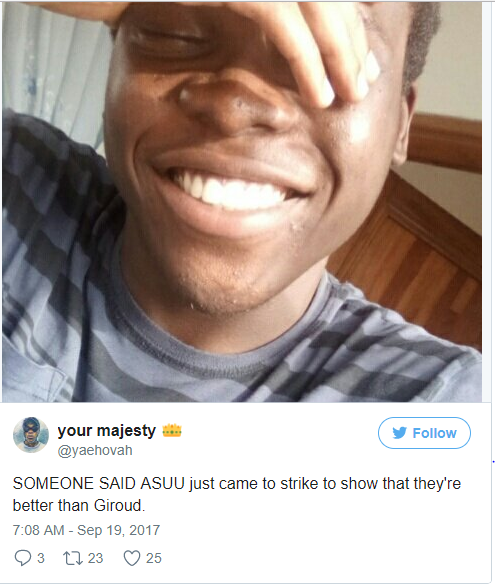 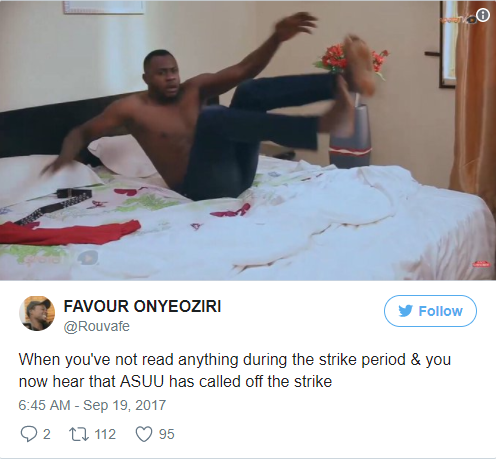 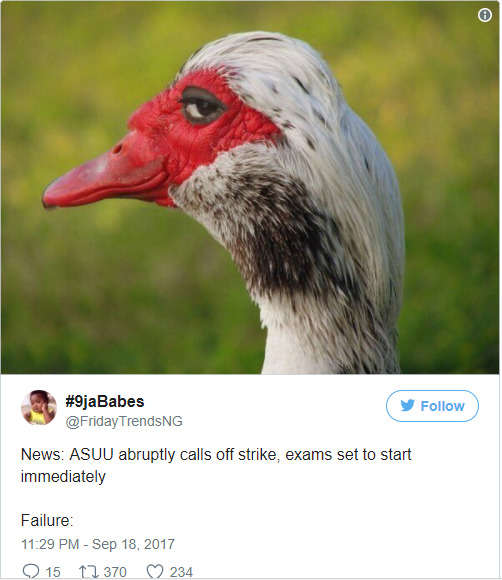 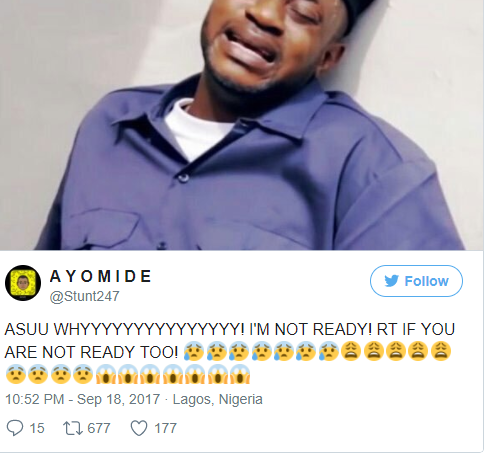 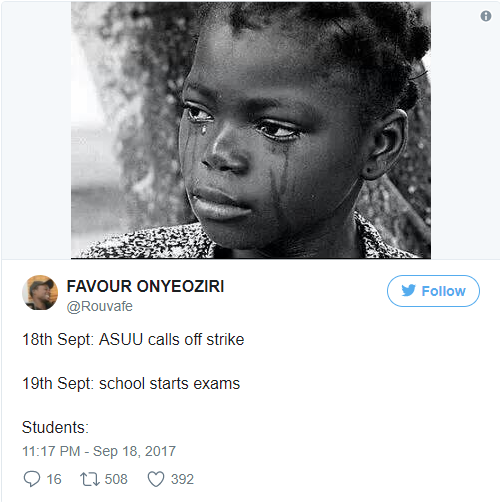 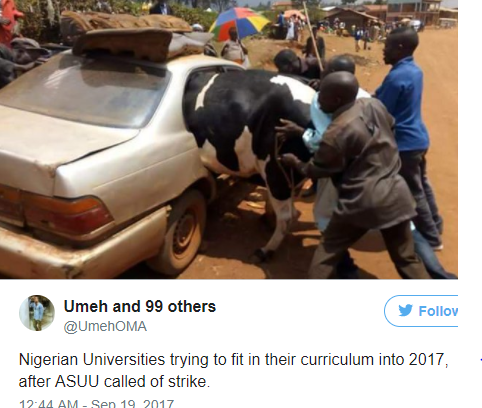 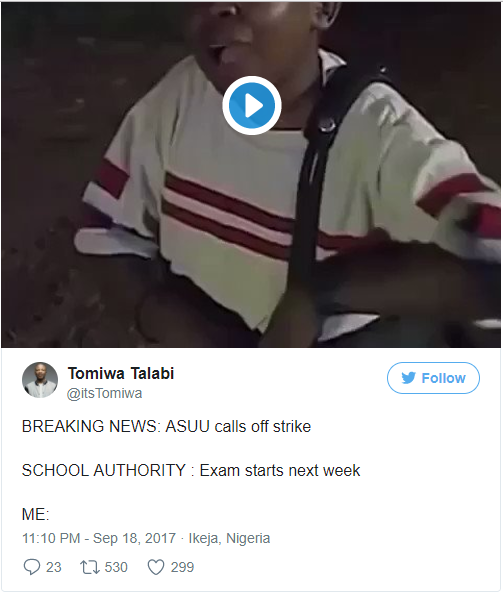 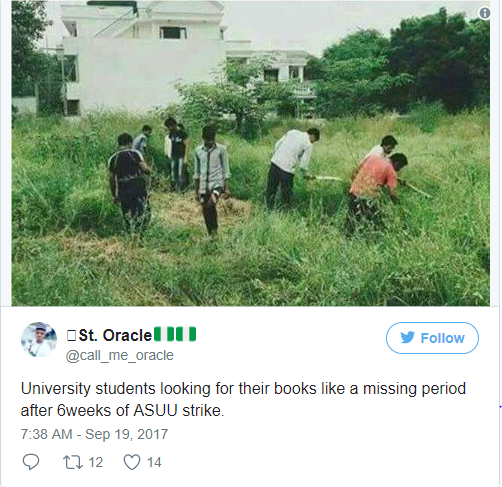 So naughty and hilarious!