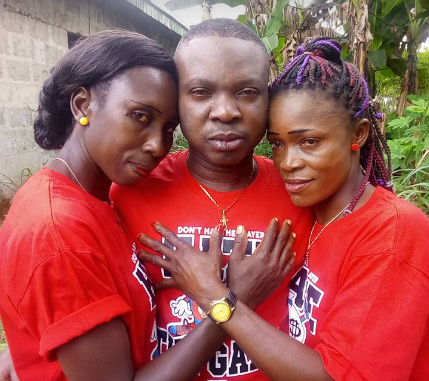 A Nigerian man from Isoko, Delta state is getting married to two women on the same day, according to Facebook user, MC Udeke.

Udeke shared the pre-wedding photos while referring to the groom-to-be, Mr Daniel aka Akalaka as his brother. He also invited his facebook followers to the wedding ceremony.

“Join my brother Mr. Daniel Etoroma aka AKALAKA on Saturday 30th September, 2017 as he humbly celebrate his wives excursion ceremony.

It will happen life and direct at Orie-Irri as Mr. Daniel Etoroma aka AKALAKA humbly invites you to his wives excursion ceremony on Saturday 30th September, 2017.”

The photos show the groom-to-be and his women wearing matching tee-shirts with same inscriptions. 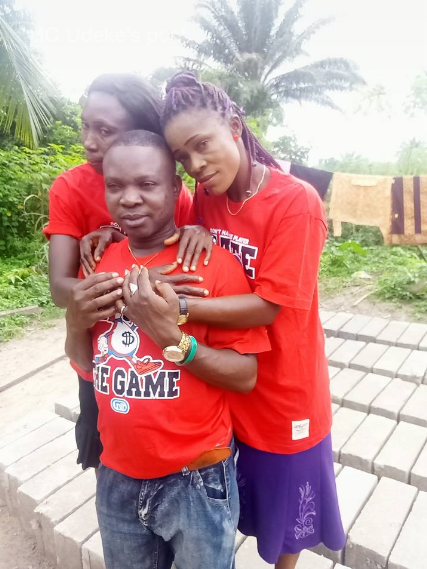 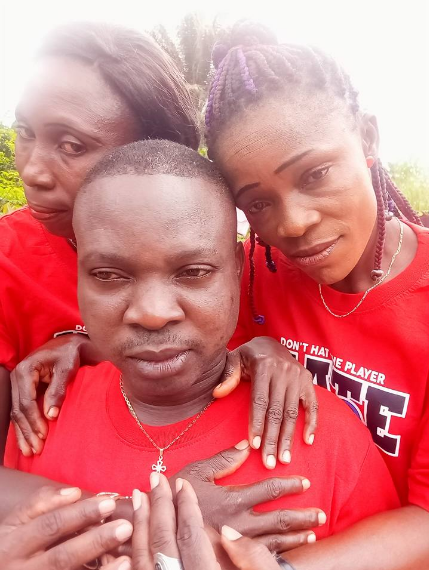 The trio look happy, though one might wonder if things are truly blissful behind closed doors. What do you think about this man and his wives to be? Share your thoughts.