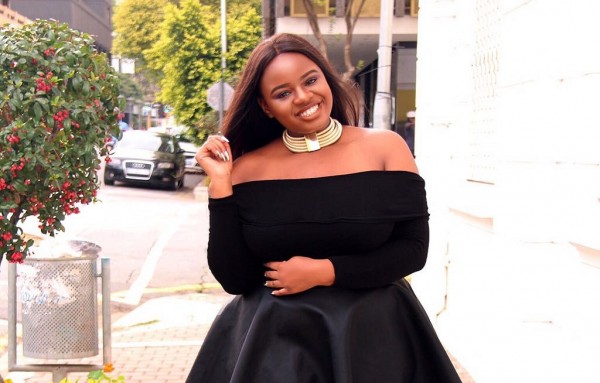 Photographer and plus size model Lesego Legobane better known as Thickleeyonce has been applauded for her classy clapback to a guy who attempted to body shame her.

READ ALSO: “A wobbly belly after having kids is part of who you are” – Coleen Rooney

The guy, who calls himself Leyton Mokgerepi (@imleyton), captioned the picture,

Thickleeyonce simply replied with a simple,

which sent social media into a frenzy.

READ ALSO: How Obese Mum Went From Fat to Slim Within the Confines of Her Own Living Room

The screenshot of the picture went viral and was even liked by celebrities Nicki Minaj and Ariana Grande.

Sharing His Personal Experience, Rapper Wale Avers That Nigerian Parents Are The Toughest And Never Impressed | Join The Conversation

In addition, Thickleeyonce was approached by Teen Vogue USA and other international publications to do an interview as a result of the viral response.

Her tweet has been declared the most liked tweet in Africa and she says she is still yet to get to terms with all the attention this has brought her.