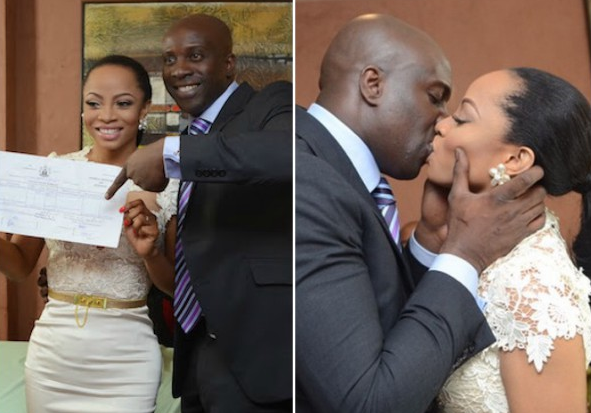 Media personality Omotoke Makinwa and her estranged husband, Maje Ayida’s marriage has finally been dissolved by the Igbosere High court in Lagos yesterday been the 5th of October 2017.

The three-year-old troubled marriage between the pair that hit the rock after two years was dissolved over husband’s alleged adulterous lifestyle, according to the News Agency of Nigeria.

On March 9, 2016, Toke had asked the court to dissolve the marriage on the grounds that her husband committed adultery and continuously flaunted his adulterous life in her face.

She also told the court that he committed adultery with his mistress, Anita Solomon, adding that the relationship produced a child and since their marriage was contracted, the husband had “behaved in a way she could not reasonably be expected to continue to bear”.

She also said the husband was cruel towards her, adding that their differences became irreconcilable as cohabitation with her husband ceased on Nov. 8, 2015, without any child from the marriage. 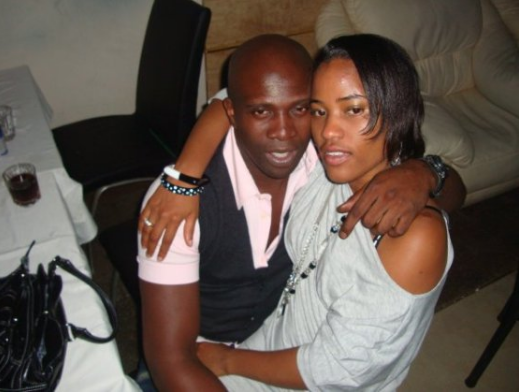 The Judge incharge, Justice Morenike Obadina, while delivering judgment held that Ayida filed an answer to the petition but did not give oral evidence in support of it.

The judge however said the issue of cruelty which the petitioner (Makinwa) relied on was established because of the “mental and emotional stress” she was subjected to by her husband.

READ ALSO: Toke Makinwa Recalls how she Lost a N20million Deal Because of her Failed Marriage

“The effect being that the petitioner’s evidence is unchallenged and uncontroverted. I hold that the marriage has broken down on grounds of intolerable behaviour.

I hereby pronounce a`Decree Nisi’ dissolving the marriage between Makinwa and Ayida which was administered at the Federal Marriage Registry, Ikoyi, Lagos, on Jan. 15, 2014.

The order Nisi shall become absolute three months from today unless within that period sufficient cause is shown why it should not be made absolute,” Obadina said.

READ ALSO:Has Toke Makinwa Given up on Finding Love? ”I no longer believe in soulmates”

The pair who have already gone their separate ways since the divorce are no longer legally married and Toke is a co-host of the ‘Morning Drive’ on Rhythm 93.7FM. She is also a blogger and an author.