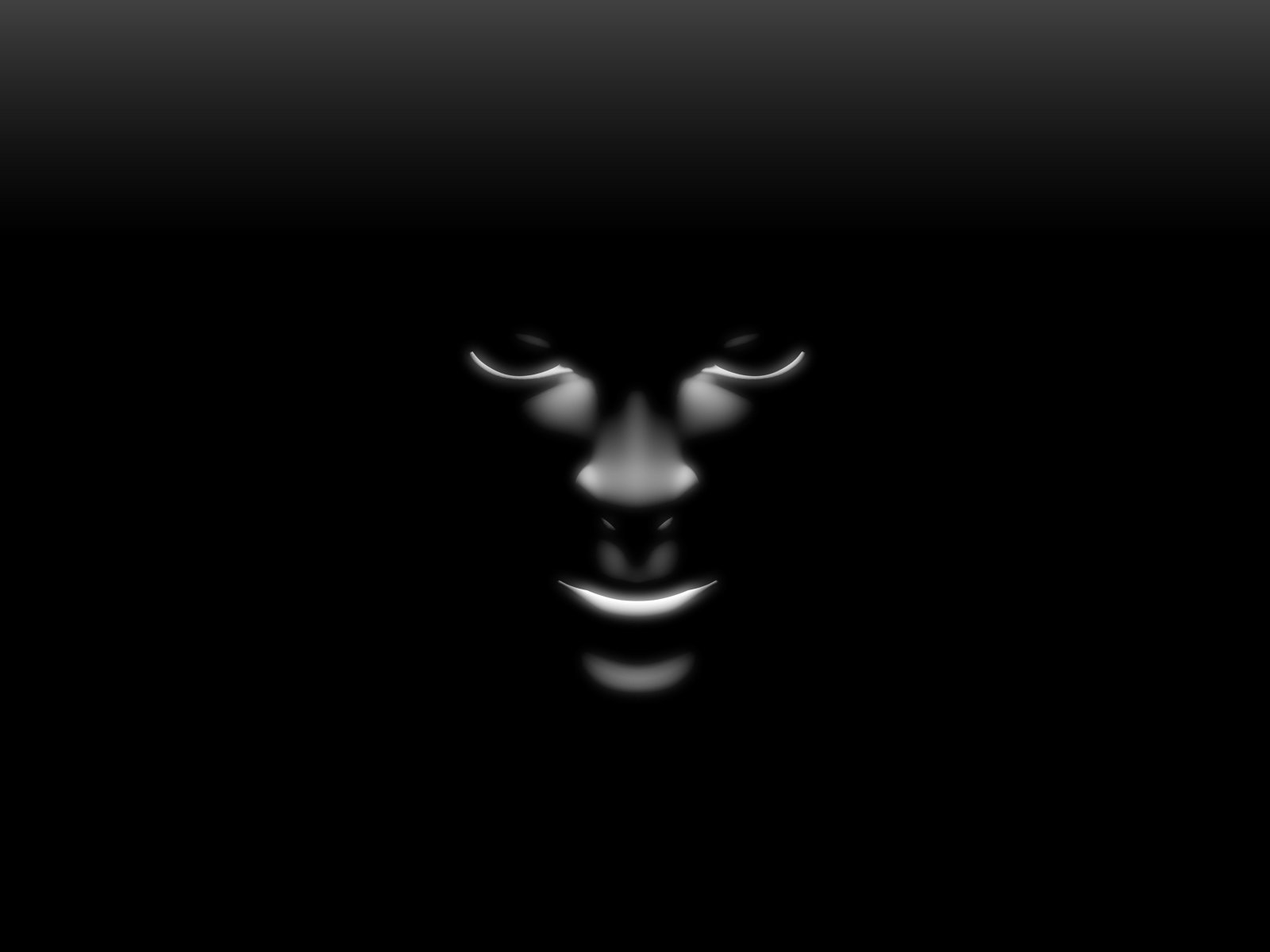 Blogger Ella Mo Opens up About Her Interfaith Marriage: “I’m a proud Chrismus”

The things we see on social media! In a tweet, a South Africa young man, simply identified as Phetsogo‏ announced to the world that he can’t wait for his parents to die.

In a shocking tweet which has since gone viral on Twitter, the young man who is an only child wrote:

”I’m the only child, I can’t wait for my parents to die so I can inherit everything. My dad has 4 cars and mom 2.”

His tweet has however, set the internet on fire, with his followers wondering how a child whose parents nurtured for years, would wish death upon them.

”A condom would have saved us all from this tweet,” tweeted a user, who was obviously disgusted by Phetsogo’s tweet.

”He is a product of bad sex”, another user added.

”Did it ever cross your mind that your father might have other children outside his marriage to your mother? RSA law entitles them to a share,” a tweeter tweeted.

READ ALSO: Britney Spears’ Sons Will Get Inheritance at This Age … See Details

”And you wonder why you’re the only child, they did not want to multiply the stupidity, you are a bunch of stupid, 3 in 1,” another commented.

”What makes this one feels that his parents will die before him?” a user wrote.

”Dude don’t know who’s gonna die first worse off all might be willed to the motherless babies home,” another wrote.

Not moved by all of this, Phetsogo stood his ground and said everyone was just jealous because his parents are rich!

Sure, his parents will be highly disappointed and probably asking rhetorically ‘where did we go wrong’ when they stumble on this post.

READ ALSO: Hollywood Chef Gordon Ramsay Dishes on Plans for His Children After He Dies 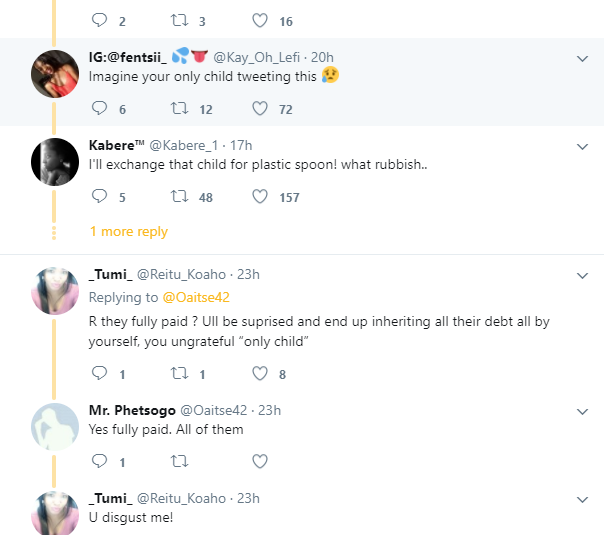 READ ALSO: See The Conditions This Dad Left For His Daughters To Meet Before They Can Inherit His Fortune 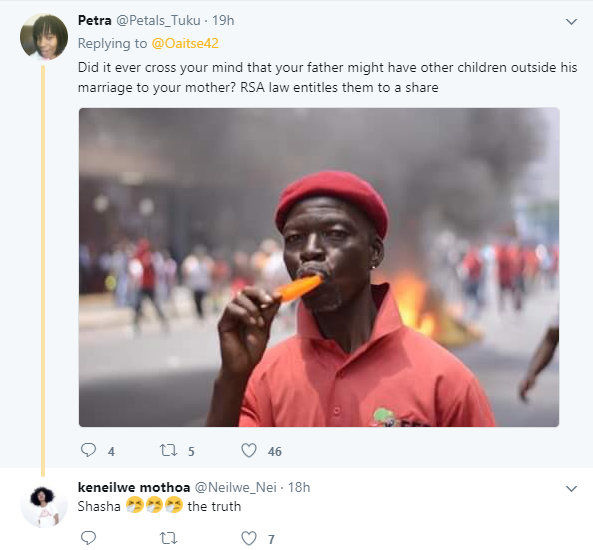 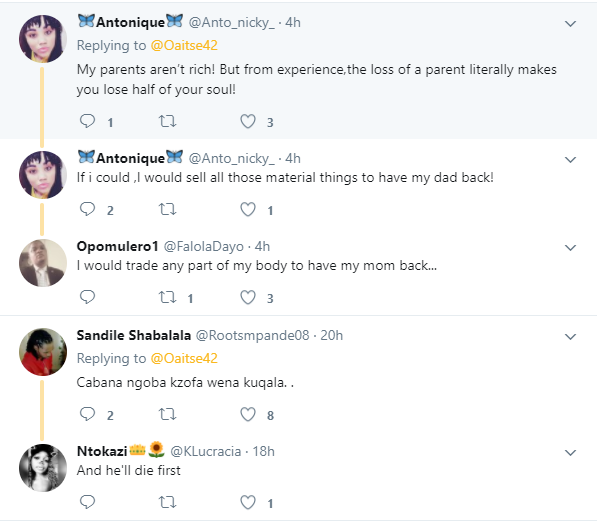