It’s the question we hear over and over again when discussing sexual assault and rape victims: ”What was she wearing?” as if an item of clothing is to blame for someone being raped, not the rapist.

Despite the offensive nature of this question, many still lay the blame at the door of the victim rather than at the molester’s.

This argument is currently trending on twitter after one twitter user, Ilyena Sunhair, tweeted a strong message of complete and utter victim-shaming in response to a tweet about punishment for rapists.

Ilyena claimed she had never been raped because she does not “dress like a prostitute or act overly sexual like most young women”.

Infants and children that have been raped by pedophiles, were they also indecently dressed or ‘overly’ sexual?? 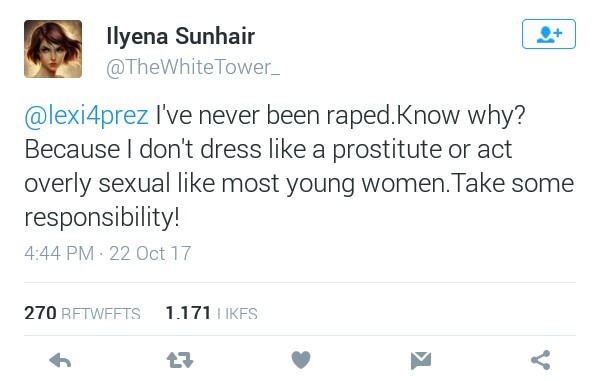 However, the rest of Twitter is having absolutely none of it. Bravely sharing their own raw and traumatic stories, people from across the world have proved the troll wrong. 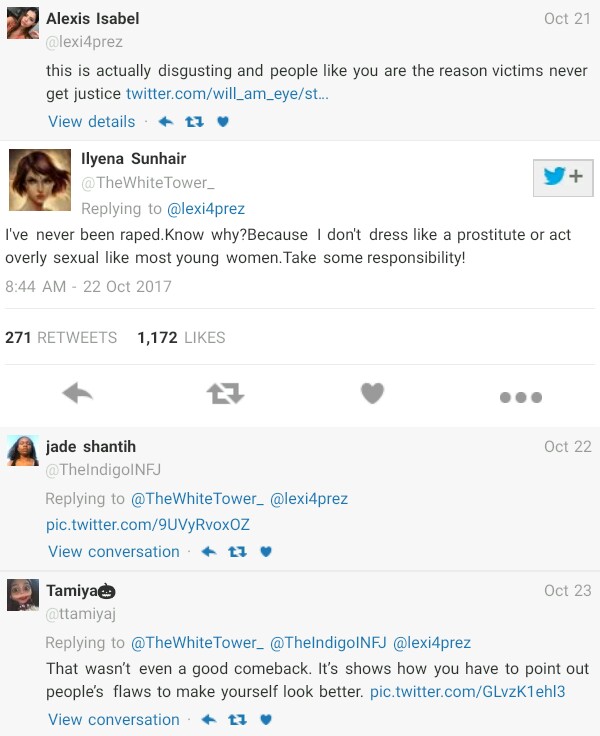 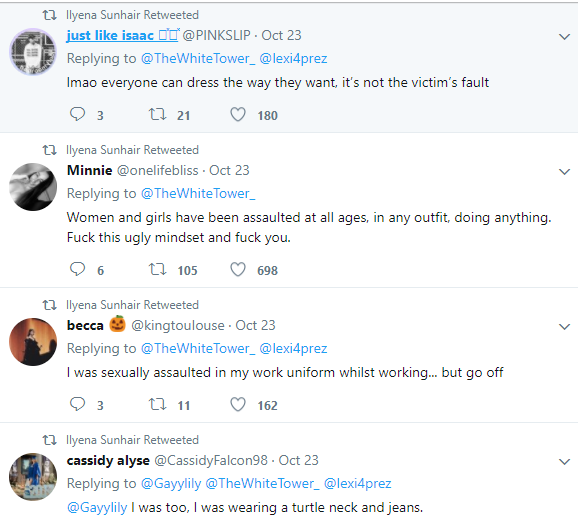 READ ALSO: 14 Year Old Rape Victim Takes Revenge Against Her Attacker in the Most Brutal Way 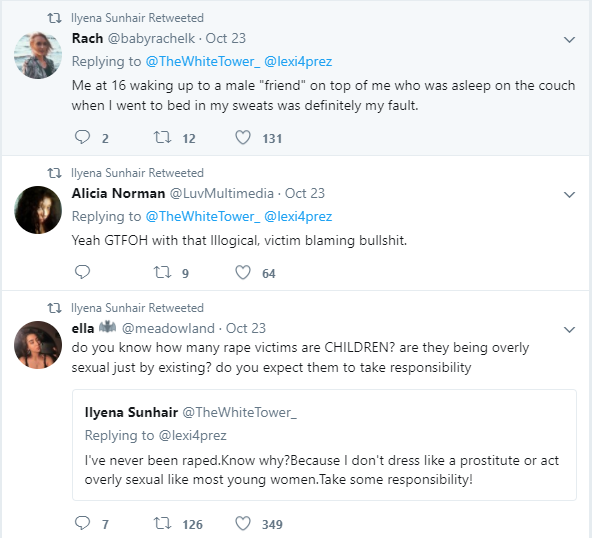 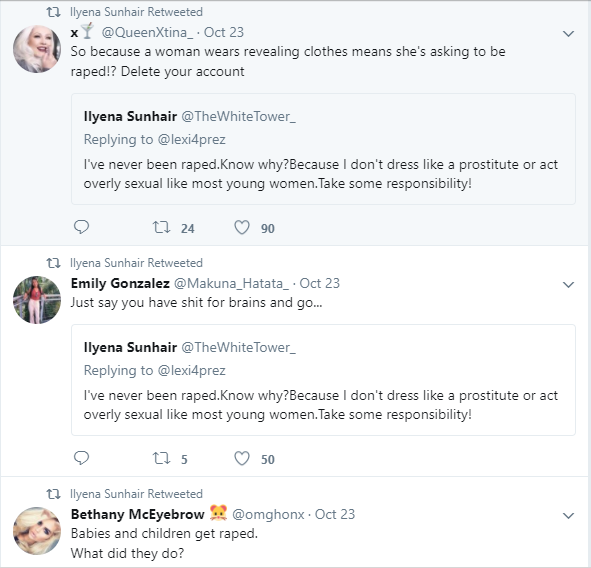