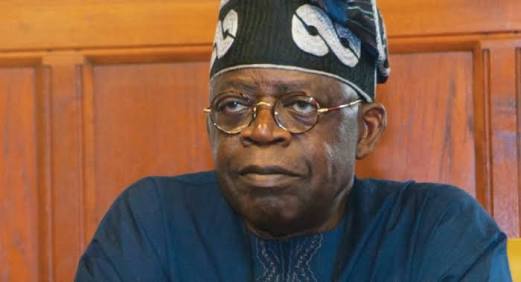 Jide Tinubu, son of the national leader of the All Progressive Congress (APC), Bola Ahmed Tinubu is dead. 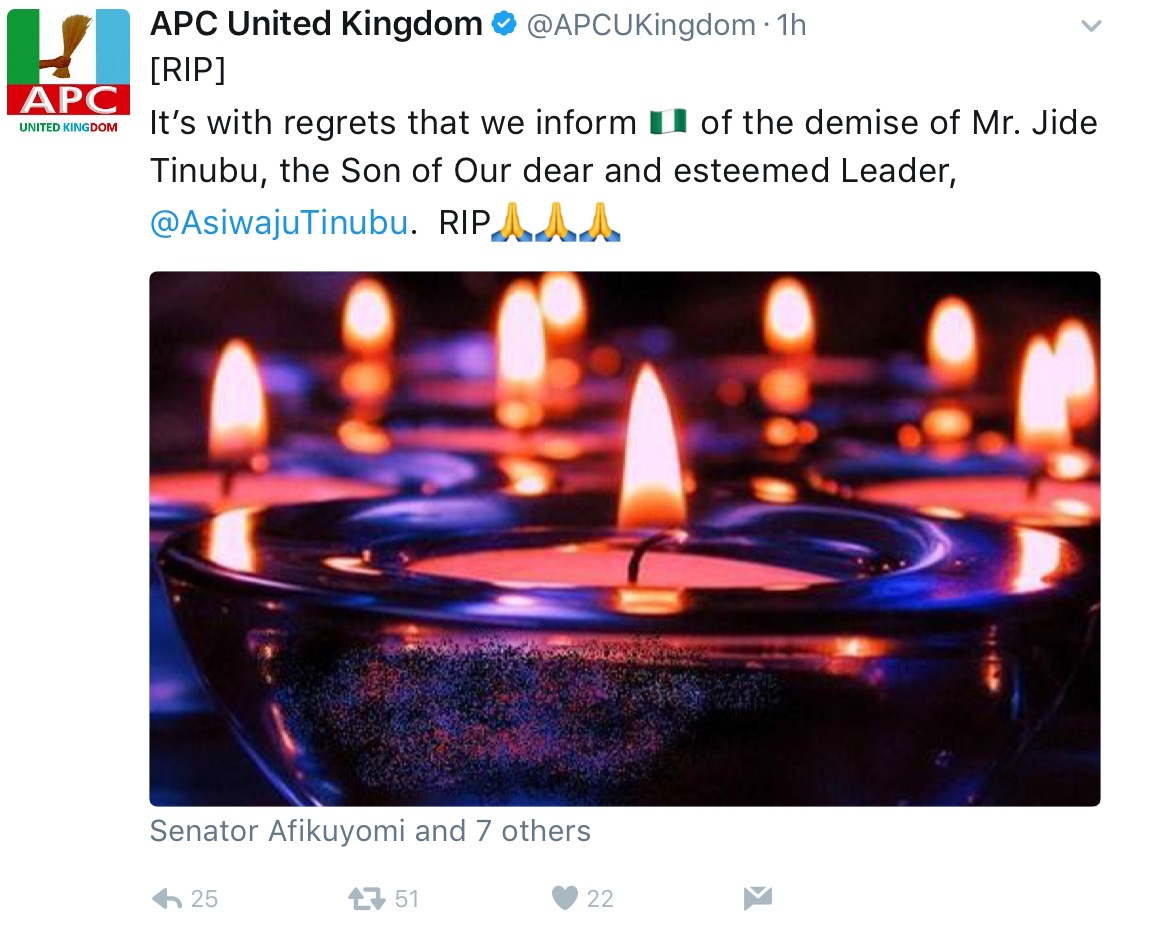 “It’s with regrets that we inform Nigerians of the demise of Mr. Jide Tinubu, the Son of Our dear and esteemed Leader, @AsiwajuTinubu. RIP”.

The tweet comes after an official letter released by the Lagos state chairman of APC, Mr. Otunba Ajomole;

“It’s with regrets that I inform you of the demise of Mr. Jide Tinubu, the son of our dear esteemed leader, Asiwaju Nola Ahmed Tinubu”

Please commiserate with him”.

The late lawyer had served as Promoter of TSL Limited and also worked in the Legal Department of Mobil Producing Nigeria Unlimited from January 2000 to September 2001.

RIP! May God comfort the Tinubus.