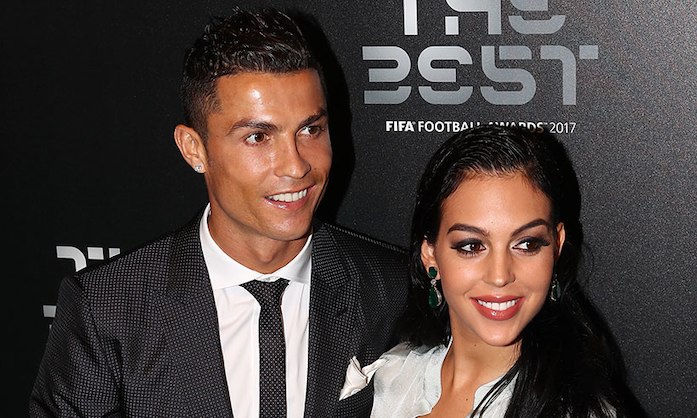 Cristiano Ronaldo has announced the birth of his baby daughter.

Ronaldo posted a photo on Twitter on Sunday of him with the baby’s mother, Georgina Rodriguez, and his oldest son in a hospital in Madrid.

The Real Madrid player accompanied the image with the message written in Portuguese: 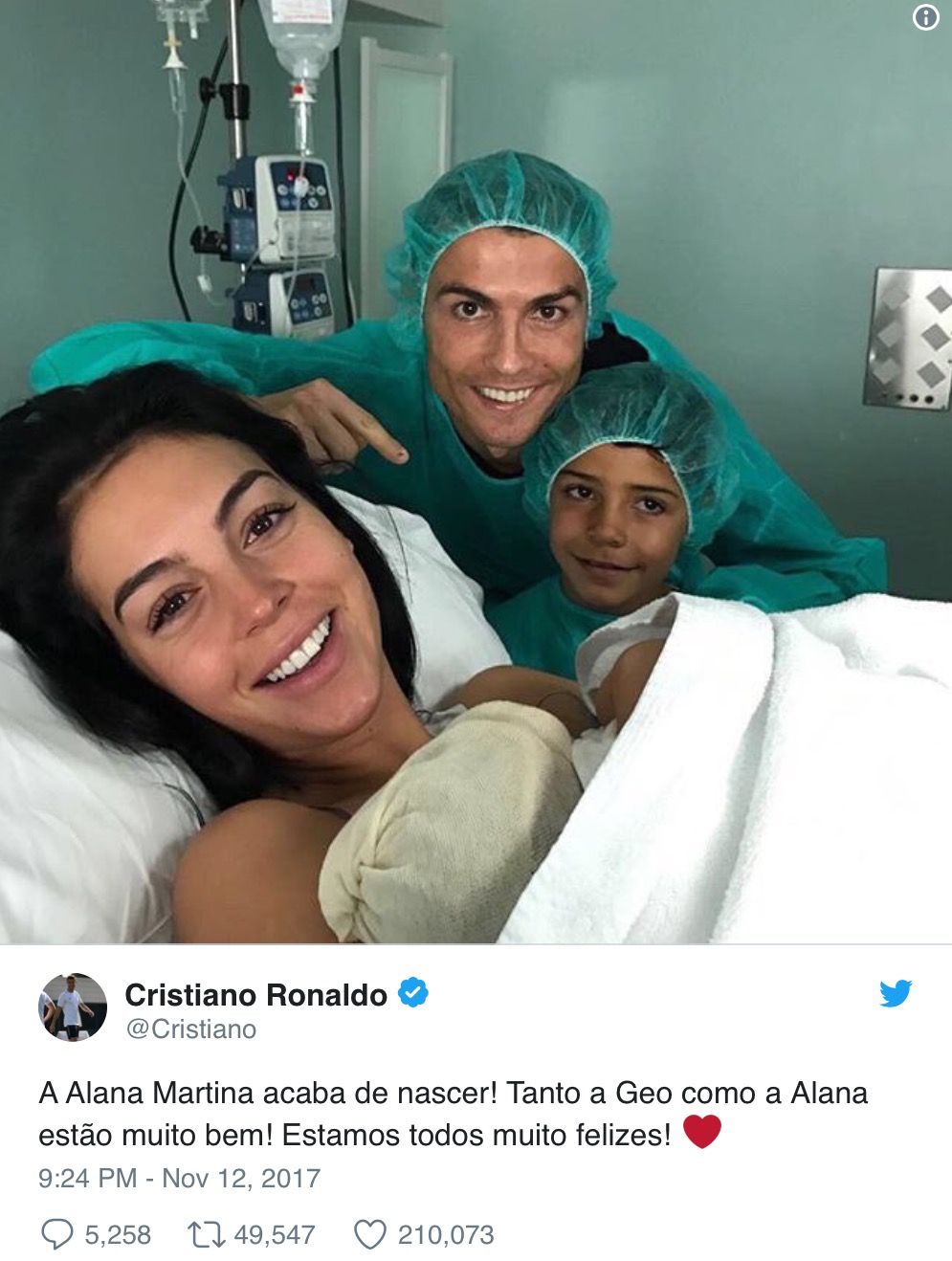 “Alana Martina has just been born! Both Geo and Alana are fine! We are all very happy!”

The baby is Ronaldo’s fourth child. He had two children earlier this year, reportedly through a surrogate mother.

Ronaldo made his relationship with Rodriguez public last year.