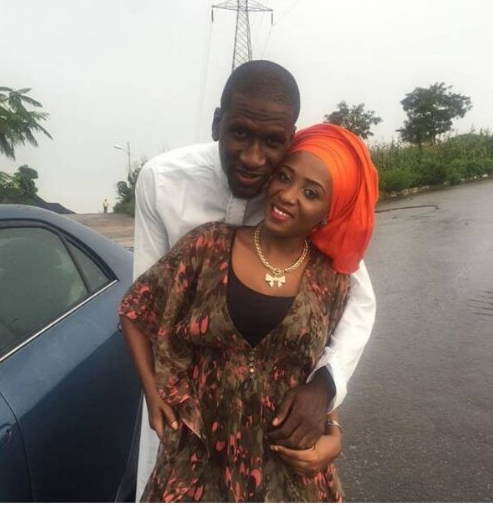 Photos: Maid, 13, Whose Madam Locks Indoors and Travels Outside Nigeria for Weeks Rescued by Police

A two-count charge has been filed against Maryam Sanda, barely five days after her husband’s death.

The jealous wife had allegedly murdered her husband, Bilyaminu Haliru Bello, (read here) who was a son of a former National Chairman of the Peoples Democratic Party ( PDP) and ex-minister, Mohammed Haliru Bello.

There had been issues on whether or not the suspect will face trial with some relatives of the deceased raising the alarm of a possible cover up. 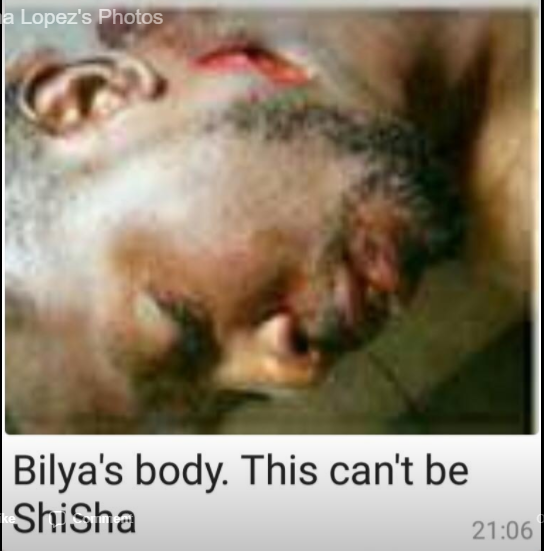 READ ALSO: Domestic Violence: Ibadan Lawyer Accused of Stabbing Husband to Death Shares her Side of the Story

There were indications that there was pressure on the Bello family to “accept the death of Bilyaminu as the wish of Allah and forgive Maryam.”
Meanwhile, FCT police command has also said it is difficult to remand Maryam, The Cable reports. In the charge sheet, Maryam was accused of committing an offence punishable by death.
READ ALSO: Wife Allegedly Stabs her Husband to Death with Scissors in Another Domestic Violence Case

Anjuguri Manzah, police public relations officer in FCT, said though the command had secured an order to detain the suspect for two weeks, it will not be easy because she has a six-month-old baby.

“It should also be noted that this present charge is as a result of preliminary findings. At the end of the investigation, additional findings will determine whether the current charge will be amended,” Manzah said.

Airline Operators Raises Alarm: ‘All Airlines In Nigeria Will Shut Down In 3 Days’

The couple got married in 2015 and have a baby daughter. 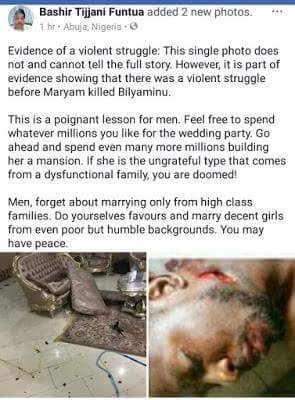 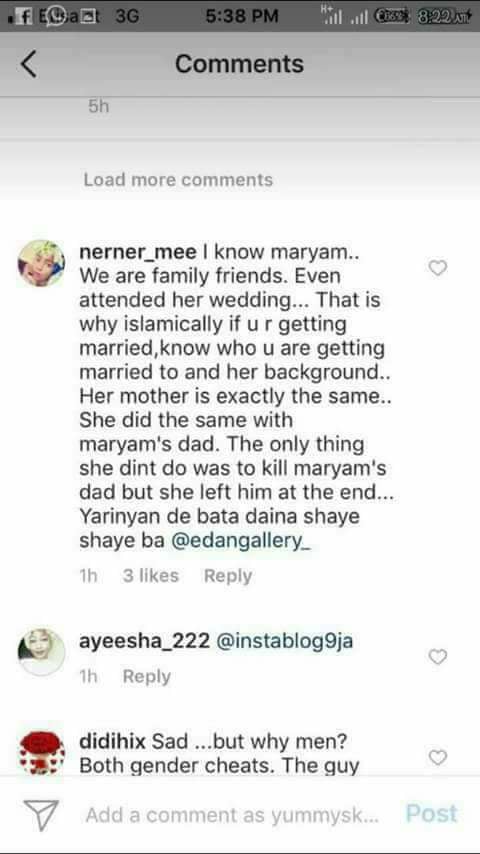 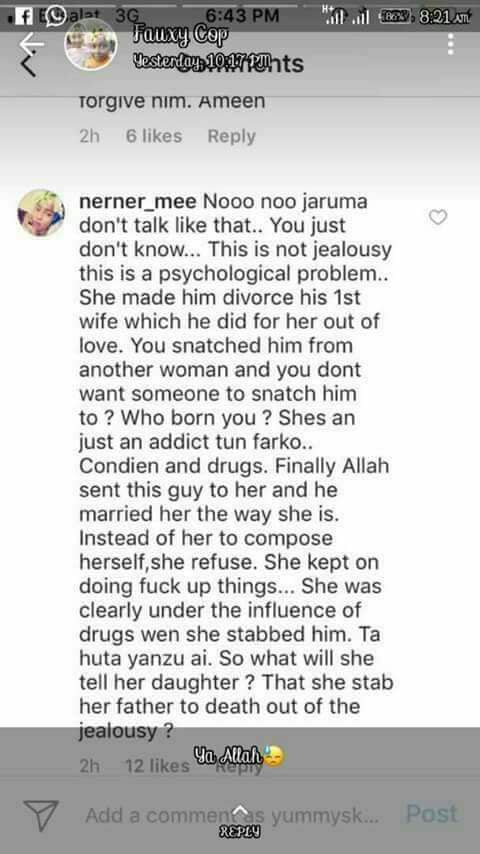