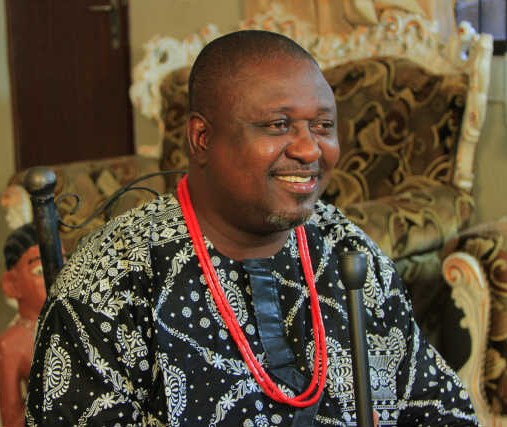 Can You Ask a Man Out? Nigerian Woman Who Did Shares….

In most part of the world, wedding rings are so cherished, but popular Yoruba actor, Akin Lewis believes it is unnecessary and doesn’t stop young women from chasing after married men.

In an exclusive chat with PUNCH, the veteran actor, director and producer who remarried for the 3rd time after his first and second marriage failed, said that although he doesn’t believe in wearing a wedding ring, he values the marriage institution.

Lewis, who believes that wearing a wedding ring is unnecessary and that wearing a ring doesn’t stop young women from having an affair with a married man, said he stopped wearing his ring many years ago.

“I am in the category of people who don’t have to wear wedding rings to show that they are married. Every married man is in trouble; without ring or not, women will come. For me, I have been in this business for a long time.

“Doctors get to a point you don’t call them doctors anymore. They call them ‘mister’ because they are more experienced than consultants. So, I think I have gotten to that level that I don’t need to wear a ring and my wife doesn’t get bothered about it,” he stated.

Speaking further, Lewis said there are many men who cheat on their wives despite always wearing their rings because most ladies don’t care.

”Even these ladies want a man with the ring. The reason is that he is not likely to marry another girl because they are not ready to marry and he is likely to have money.

They believe that if he has provided for his family, he must have money. They like the man with the ring because they feel single guys are still struggling.”

READ ALSO: How I Almost Got Engaged To A Married Man”- Nigerian Woman Recounts

Talking about his failed marriages, Lewis stressed that he did all his best to patch his first marriage, but he had no choice than to move on.

”When my first wife wanted to leave me, I made efforts to make things work, but I couldn’t save it. We tried everything, ranging from counselling, couples therapy, everything. You should know that before a marriage breaks up, it does not start in a day.

The little things that never mattered became big issues. Everyone was brought on board to help us sort our differences out; our church and family also intervened but it just did not work with her because she was the one who quit. We tried reconciling for a year but she called it off.

I went into another marriage that did not work out as well.

I didn’t want to stay single for too long because I knew I would become promiscuous. This is my third marriage and it is working out fine.”

How did you meet your third wife not to talk of convincing her to marry you?

My wife was a secretary to a friend and I used to have an office space in that same building. Anytime I was less busy, I was always at that my friend’s office.

Besides, we had a jazz bar at the basement of the building, so after work, we always converged on the bar. When I was having all my marital problems, she was there and even heard some of my story while I was discussing with my friend who was her boss.

She observed me and according to her, she always said that I am not as bad as people think I am. The day I eventually asked her out, she refused my offer. But honestly, she is the one that has made me smile again.