Maryam Sanda, wife of late Bilyaminu Bello, son of ex-PDP chairman, Haliru Bello, who was stabbed to death at their home in Abuja sometime in November (read here), appeared at the high court in Jabi, Abuja today December 7th as she is being tried for homicide.

At the court, the police amended the charges against her, including her mother Maimuna Sanda, her brother Aliyu Sanda and one other person, as co-defendants.

The co-defendants have been accused of tampering with evidences that would be used in the case.

After receiving the amended charges, Justice Yusuf Haliru, ordered Maryam to be returned to the Suleja Prison after her bail was denied.

The case has been adjourned to 14th of December 2017 when 3 persons alleged to have tampered with evidence would be arraigned. 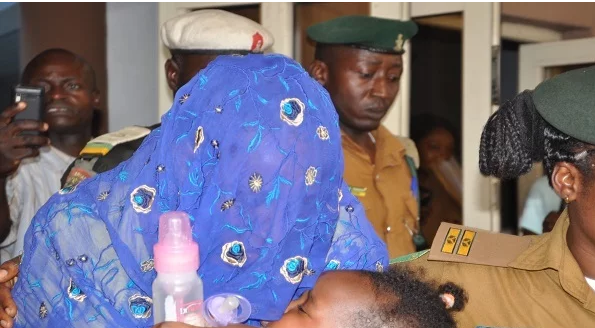