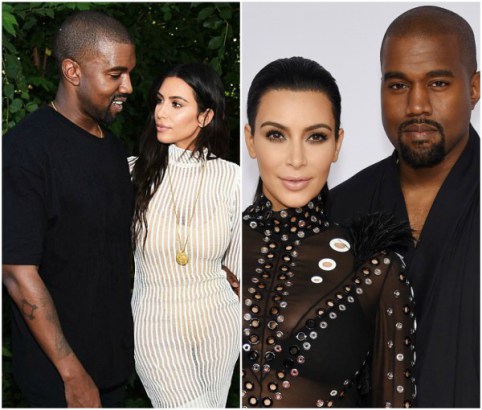 Kanye West and Kim Kardashian who welcomed their third child on Monday via a gestational surrogate have been known to give their children unusual names after naming their first daughter, North and son, Saint.

Kim revealed via Kim’s pay-per-view app that her second daughter has been named Chicago West. The star mum also explained in another tweet that they’ll be calling her ‘Chi’. 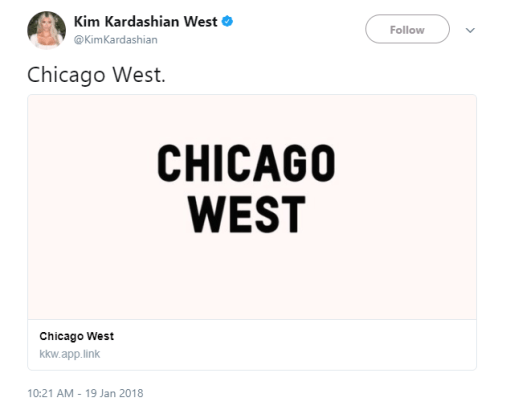 Kim’s pregnant sister Khloe is a big fan of the name, writing on Twitter:

However some fans are not ‘fans’ of the name, as they think the name is funny.

Some tweeted; “I refuse to believe that you named your baby girl Chicago…

“why would you do that to your baby girl.”

READ ALSO: Who Does That? Kim and Kanye West Reportedly Turn Down Up to $5 million Deals for First Photos of Their Newborn

The mother-of-three retweeted a post which explains how to pronounce the shortened version of Chicago’s name, Chi.

The superstar couple, welcomed baby Chi into the world through a surrogate after Kim was warned it was too dangerous to go through with a natural pregnancy.

The baby was born on January 15 and Kim said their two children North, four, and Saint, two, were already madly in love with their little sister.

“She’s here! We’re so in love. Kanye and I are happy to announce the arrival of our healthy, beautiful baby girl.

“We are incredibly grateful to our surrogate who made our dreams come true with the greatest gift one could give and to our wonderful doctors and nurses for their special care.

“North and Saint are especially thrilled to welcome their baby sister.”

Speaking to her pregnant sister Khloe during an episode of KUWTK, Kim explained: