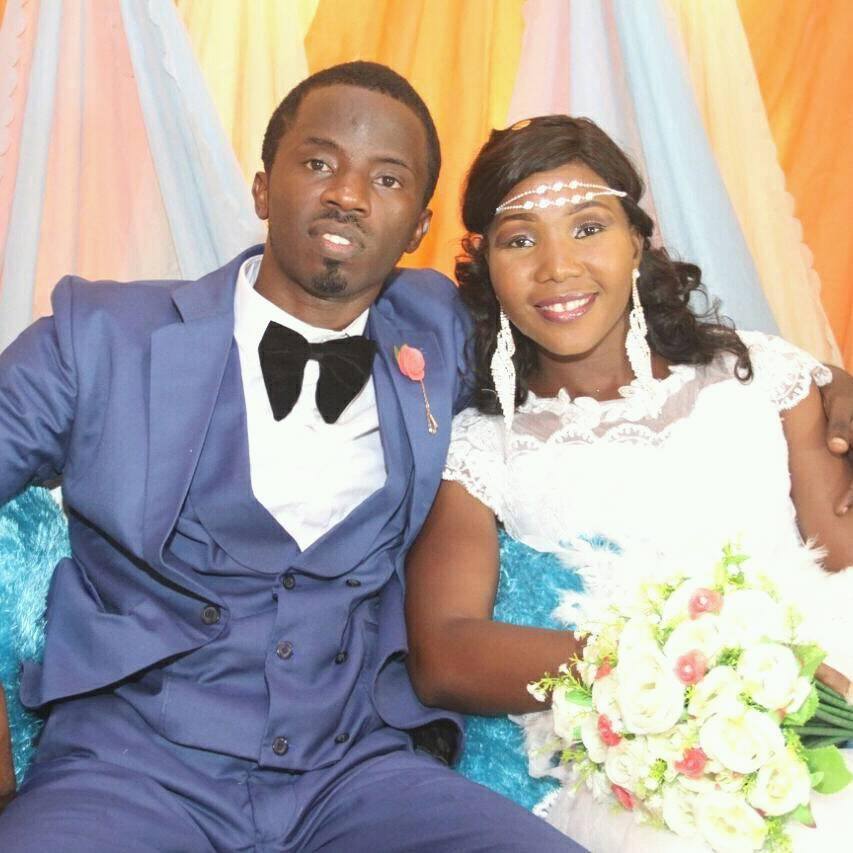 WARNING: 12 Unwanted Things Motherhood Does To Your Body And Mind

Tope and Esther Ajayi who got married in December, 2016 had barely enjoyed their lives as husband and wife before she died as a result of complications from her pregnancy. The bereaved widower accuses the Lagos University Teaching Hospital (LUTH) of causing the death of Esther and their unborn baby boy.

According to him, another hospital where his wife had her antenatal for 8 months, Oguntolu hospital mismanaged his wife during pregnancy and this also resulted in her death.

Tope Ajayi, clearly bereaved and angry at the way hospitals handled the situation, took to the social media platform to express his grievances and to also seek justice for his late wife.

He narrated in details how there was gross incompetence in the various hospitals he took her to when she began to experience problems with her 8 months old pregnancy.

“Oguntolu caused the death of my son right in her womb after 8 months of regular appointments and antenatal.

LUTH delayed the baby evacuation which put my wife in a state of coma for up to a week before eventually giving up the ghost.”

READ ALSO: #Justice4Chisom: Chisom Anekwe’s Husband Speaks Out About Wife’s Death During Childbirth at Magodo Specialist Hospital
Narrating further, the sequence of events that led to his wife’s demise in a long post, which he later deleted, on his Facebook page, Temitope said LUTH delayed the baby evacuation which kept his wife in a state of coma for a week before she finally passed on. 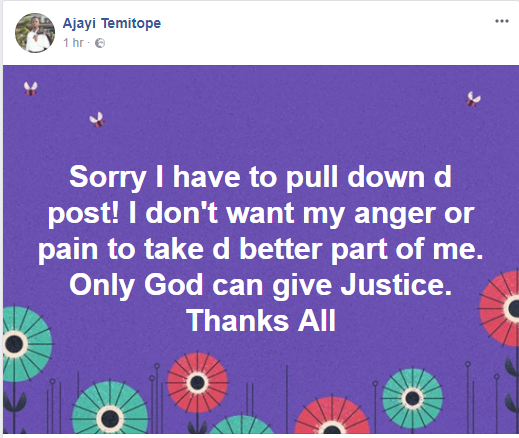 “Oguntolu Hospital Mismanaged my wife (Ajayi Esther Adeshola) during pregnancy and this resulted in her death. – Oguntolu caused the death of my son right in her womb after 8 months of regular appointments and Antenatal. – LUTH delayed the baby evacuation which put my wife in a state of coma for up to a week before eventually giving up the ghost.
Our ordeal began on Tuesday 9th of January, My pregnant wife and I were at Oguntolu General Hospital, Somolu to complain about her having some discomfort in her stomach only to be given some drugs to go and use.

After using the drugs, she began to vomit. We went back again on 11th of January, only for more drugs to be prescribed.

By Saturday 13th January, she was so weak that she could barely walk; this was due to serious and incessant vomiting. She had become so weak that we had to go back to the hospital (Oguntolu Hospital). All along, the vomiting did not stop.

My wife couldn’t urinate, which I guess might have been as a result of the severe weakness. So we were asked to come back the following day (14th January). Yet again, we were given another set of drugs.

Three times between Tuesday and Saturday, we were there only to be given drugs.

No call for Scanning! All through the five days, we kept going and coming back, with my wife’s case getting worse. By 10:30pm, I couldn’t bear it anymore, so we had to take her to R .Jolad Hospital in Gbagada.

The Doctor we met at R. Jolad immediately recommended her for admission and that a Scan be done the following morning (Sunday 14th of January).

The following morning, when the result of the scan was out at around 10am, I wasn’t around in the Hospital.
The R.Jolad doctor was unprofessional and undiplomatic that he announced to my wife and my mother-in-law (who had high BP) that the baby in her womb was already dead. Bearing in mind that my wife’s medical state was precarious.

READ ALSO: Couple Trying to Conceive: “The Doctor Cut My Wife’s Intestine & Tied It With Ropes”

Read screenshots of the narration below: 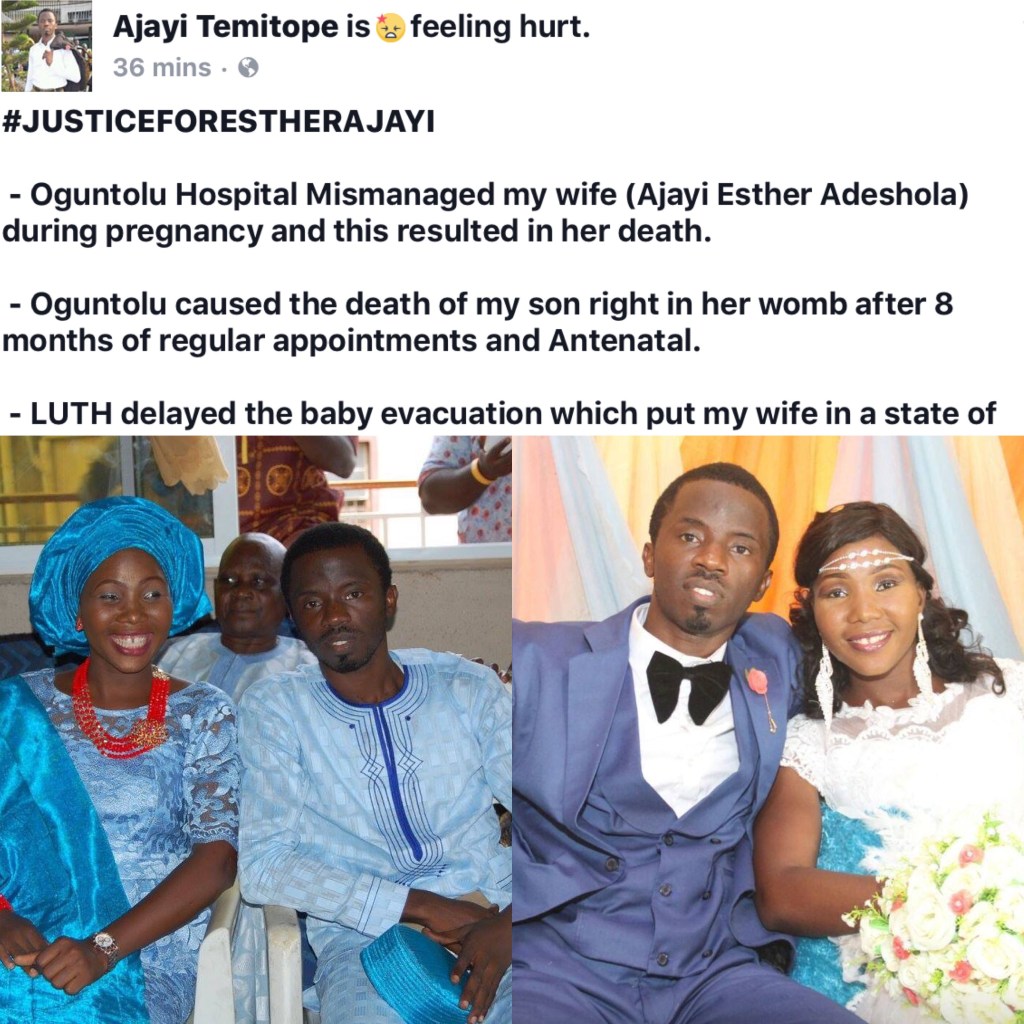 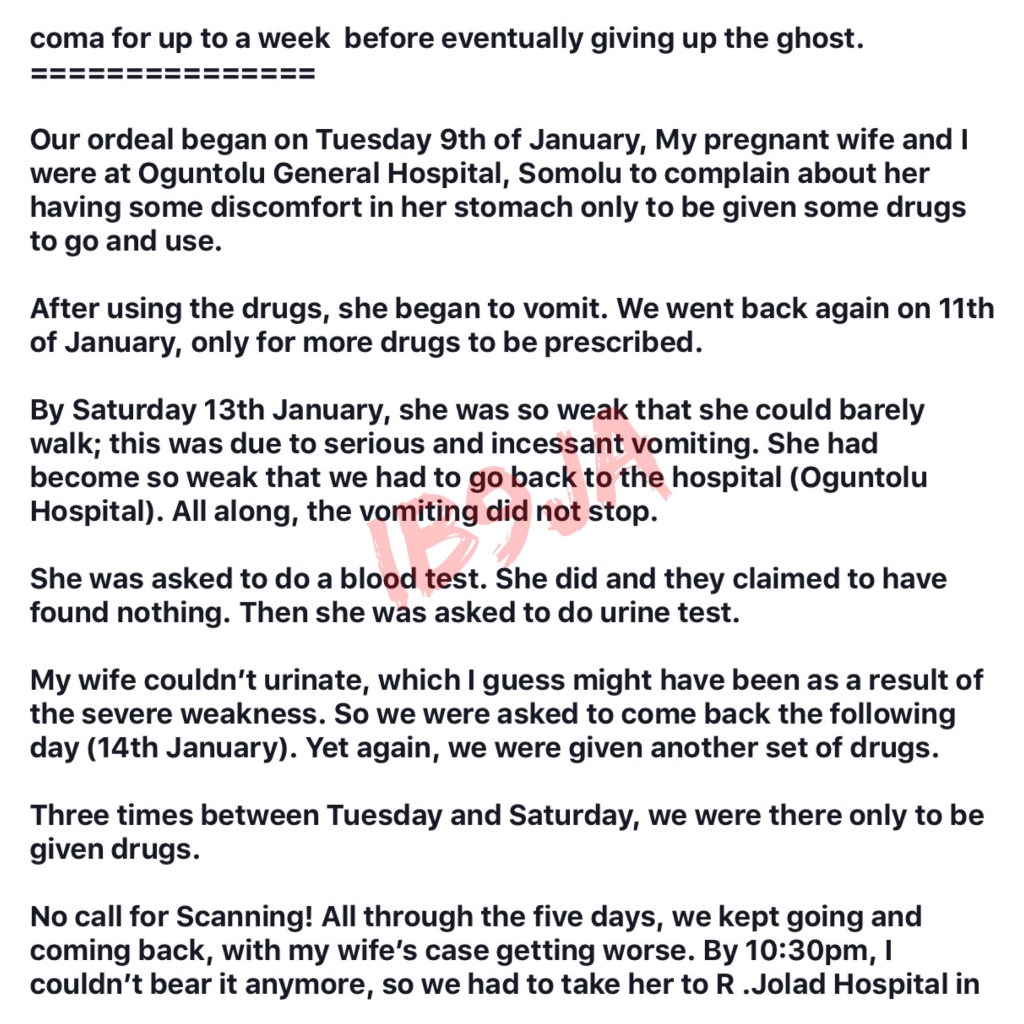 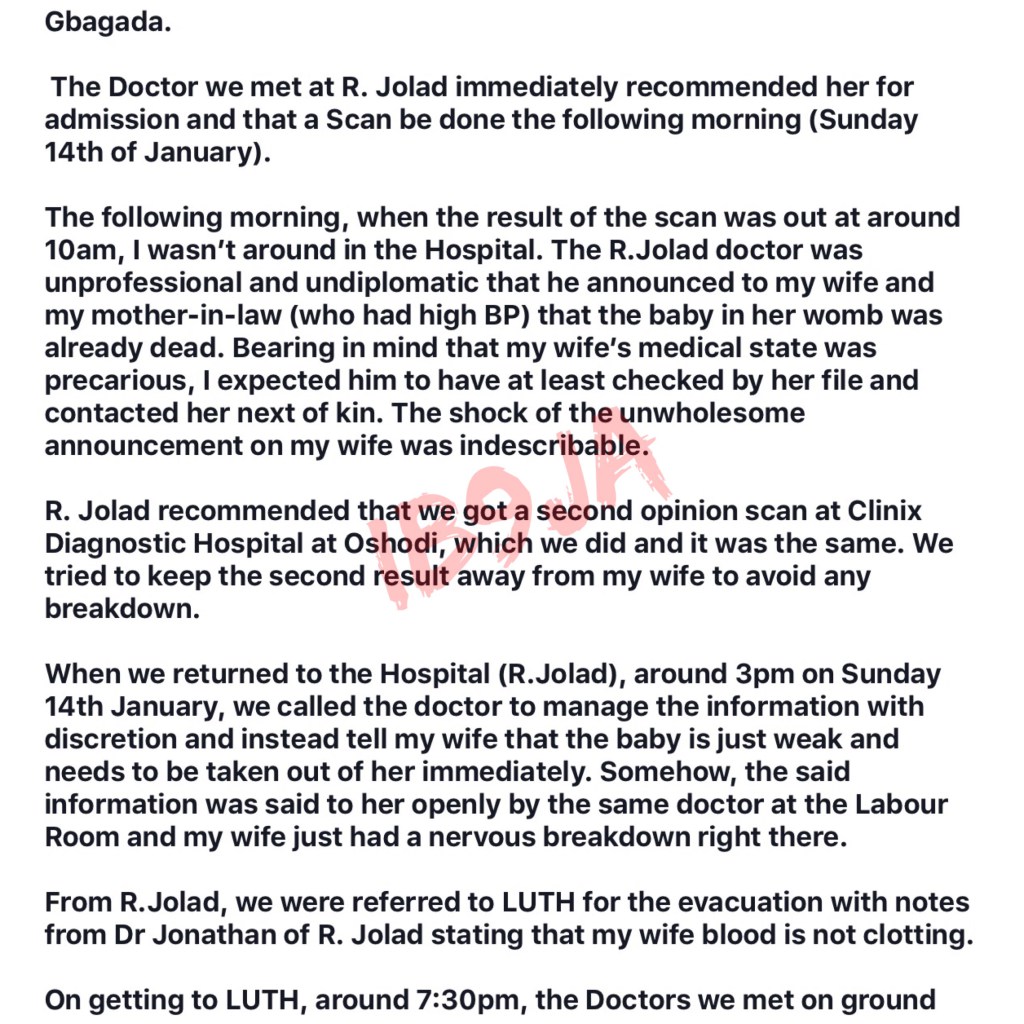 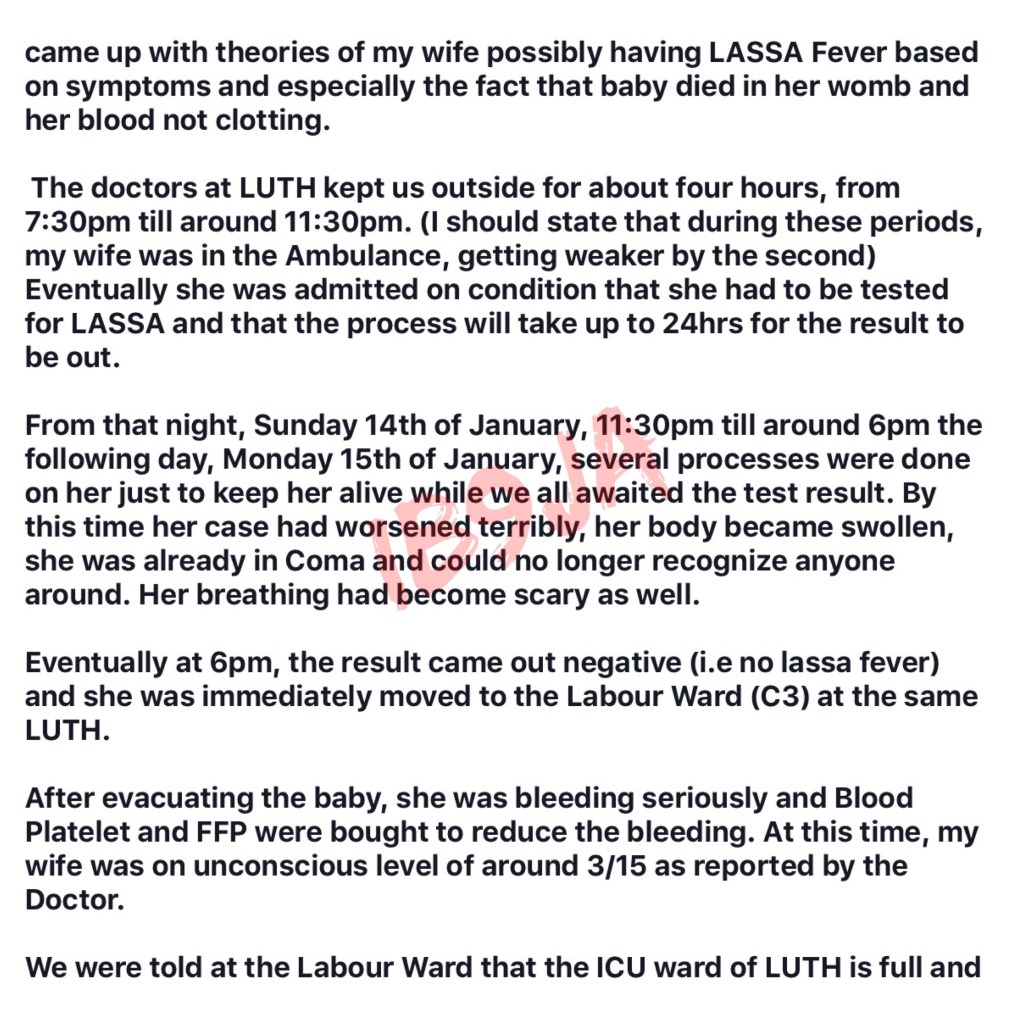 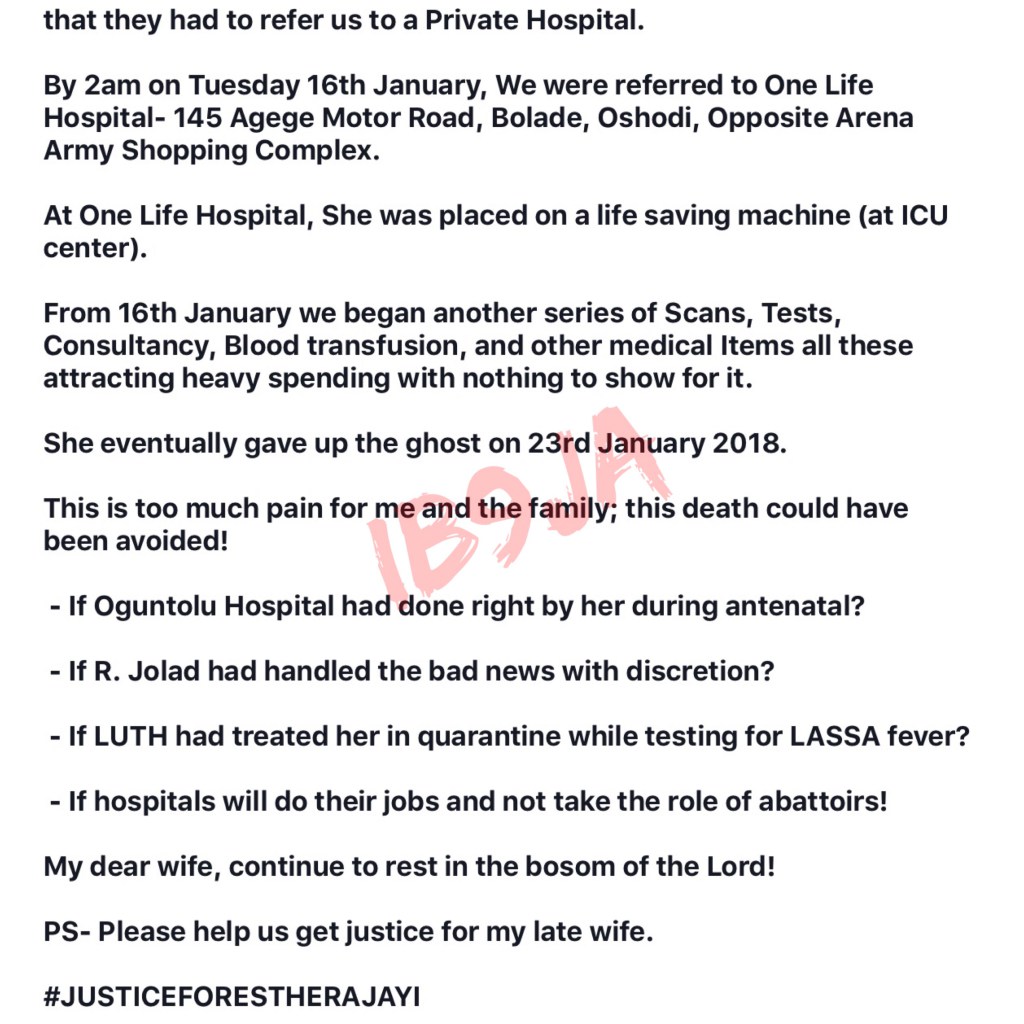