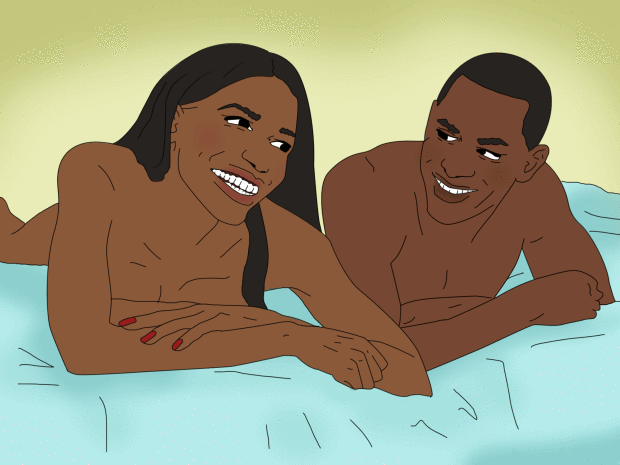 There are some taboo subjects in the Nigerian society and female orgasm is definitely one. Female orgasm was so misunderstood, that Female Gender Mutilation – where the clitoris of the woman is cut off – used to be common practice. They believed that female orgasm encouraged women to have sex more often thereby making women promiscuous.

Recently, more women are becoming more aware of their bodies and their sexual needs and so, are open to talk about sexual topics.

Whether it happens intentionally or by accident, most women remember the first time they hit the orgasm jackpot.

Violet Fenn interviewed some women for this article she wrote for Metro Uk. She said,

In my own case, wriggling round in bed one night started things tingling.

Further exploration led to a truly OMG moment, after which I became a big fan of early nights – no doubt much to the confusion of my parents.

But how was it for others? These women explain how they discovered the joy that comes from solo satisfaction:

I was about 20 with my first proper boyfriend and I was experimenting on my own when he’d gone to work.

I’d played around before and had actually thought I might have come, but this went much further – I carried on when previously I would have stopped and the rush of pleasure left me in no doubt that this was finally the real thing!

I used to have to climb the washing line post in our back garden in order to re-tie the line and I remember holding onto the top one day with my legs wrapped round it – I was trying to pull myself up when I got this amazing feeling.

I didn’t know what it was but my god did I keep doing it! I finally found out what it had been with a boyfriend who I’ll always remember.

Sharing a room with my older sister throughout my teens didn’t really help and even after I left home I didn’t really fiddle that much. I had a couple of longish term boyfriends but sex was never really that good, just due to lack of experience on both sides I reckon.

It wasn’t until my first marriage, when I was 22, that I experienced an orgasm during sex – he was pretty experienced and soon figured out what turned me on.

And I’ve never looked back – I’ve been with my present husband for years now and sex is the best ever!

READ ALSO: Common Causes Of Painful Sex And What To Do (Part One)

It was in my 20s with my then husband.

Honest to god, I thought I was having a heart attack.

I was in the shower, with the shower head washing and oh, those feels… Woah!

I only had sex three times before I met my now husband when I was 23. Those three times, I felt absolutely nothing so I’d just avoided men like the plague.

It took a while, even when I met my husband – I always felt as though I was on the edge of something mind-blowing then it would just fade away.

I orgasmed from oral and fingers and toys, but I knew it was different to the mind-blowing thing I was always a step away from. I just couldnt seem to ‘let go’.

But when I eventually did, I screamed the house down.

Some women have never experienced the pleasure of orgasm and it takes a level of self awareness to know what gets you to orgasm. MIM has some good resource on orgasm that could help.