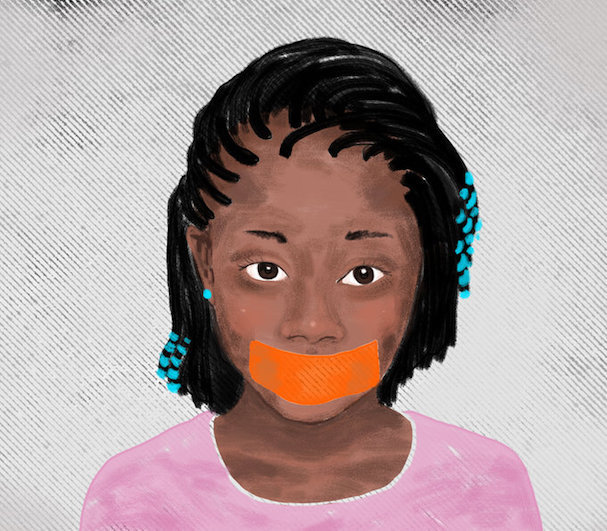 Ridiculous Reasons “Men Shouldn’t Marry Women Above 30”, According to One Social Media User

I want to stand on a rooftop and scream it loud but I dare not! Why, you wonder?! How do you give a name to what you can’t explain? How do you dig up a story you are not proud to share?

Maybe if I ‘found’ and confronted him!

Maybe if he could justify their actions!

Maybe if he could tell me what appealed to them in me!

READ ALSO:If She Could Survive All These, Then You Can: Faith Amadi Shares Her Survival Story

Looking back now, I remember my breasts didn’t even develop until I was about 15 years old so I am here wondering whatever charmed them to me!

How do you reveal what you have bottled up for almost four decades? Where do you begin from? But hey! Spill it all out I must! All of it!!! Because it’s choking me!

I can hear you asking, “Why now? Why did it take you this long to speak out? What’s your motive?”

Well, just like you, I am here probing me, too.  Hopefully, by the time I am done spilling it all out, you may be able to deduce my goal and help me out.

The social space is telling these sickening stories of sexual abuse and it is saddening for me to see that this has been on for so long, and it doesn’t seem it would end anytime soon if we continue to treat it as we are used to doing.

READ ALSO: There is Light at the End of the Tunnel: My Story

It is also disturbing to know that not only had this issue been on for that long, but that I was not the only one who had such an experience as a child- contrary to what I was made to believe by those paedophiles.

Contestably, I want to say that in every 10 female you come across; four was sexually molested as a child! What baffles me is the fact that most- like me, never told their parents and those who were brave enough to tell, were ignored- be it intentionally or cowardly.

Also, dishearteningly, these perpetrators were/are close relatives and family friends which perhaps, explains why parents ignored the cries of the few little girls who spoke out; possibly to sustain ‘relationships’ that had been supposedly built for many years, maybe, even before the little girl concerned was born.

This is my story! And I have decided to tell it the way it happened.

My parents had been in another fight that morning. We are not so often ‘privileged’ to witness their fights for they would rather keep grudges than speak out. Mother would only speak up when it got unbearable for her.

The cause of their fight this particular morning was to in simple terms, explain what responsibilities each person owed the family, and to clarify which of them was persistently falling short.

That morning, mother seemed to have had the upper hand.

Father was a workaholic! He would get to work even before the cleaners in his office. He was always eager to be at his workplace contrary to what obtained in Government owned offices like his.

That morning, he had woken up very early like he was used to, and as he made to leave, mother held on to his shirt and demanding that he gave her some amount of money for our upkeep.

After exchanging some bitter words with each other, father escaped! And we all knew what the day held for us.

We had witnessed father lay his hands on mother a few times though it was always a tough task what with mother been very intimidating both verbally and physically. Mother was the boldest woman I have known till date.

Yes! Mother was not one of those women who would keep quiet in the face of fear; she was very bold and I can proudly say she was one of the most fearless women I have ever seen,  her mouth was as ‘big’ as her bones. She was intimidating both in size and tongue! She was an unrepentant giver! As obvious as it was to the blind that we needed help, mother would still give from the little we had to people who sometimes evidently had more than we did. She was a hard worker yet she never had enough. She was full of life yet she was miserable. She loved attending parties yet she never missed any programmes in her white garment church. Mother loved us in her own kind of way but she was too much of a disciplinarian. This endeared father to me more than mother.

Father was very kind. He was a good man, and I loved him very much. Father was a very humble man. He loved us so much and he would once in a while indulge me with biscuits and Fanta especially whenever he scolded me. Father was very supportive of his children but he was never at home!

You see, mother was always quick to scold my siblings and me. She once threatened to cut me with blades for an offense I committed; I was 7 years old then.  She would usually tell us that she would not allow us turn out the way our father did. Can you just imagine that!? Mother and father were kind but in differing ways. Mother flogged us with cane but father flogged us with words and as we grew up, we understood that mother’s kind of punishment was way better.

READ ALSO:Dear MIMsters: How Best Should I Handle This My Husband’s Nephew?

Back to my story!

With the consciousness of what had transpired between my parents that morning, we knew that we may have to court hunger for the rest of that day.

Shortly after father left for work, mother dressed up and gave instructions to my elder brother on how to run the home while she was away. She would always go out to source for what we could eat because we were all almost sure that not only would father return home late; he would most times come home altered.  I wish she did not go out that morning… Or better still, maybe if she had taken me with her… Perhaps she shouldn’t have even argued so loudly with father that morning…

COPYRIGHT
All rights reserved. No part of this publication may be reproduced, stored in a retrieval system or transmitted in any form or by any means; mechanical, electronic, photocopy, recording or otherwise, without the prior written consent of the publisher.