It was reported yesterday that a pregnant woman who birthed a baby boy after she was rescued from the den of her kidnappers by men of the Federal Road Safety Corps. (Read here)

In a latest report by Punchng, the woman has lost her life after she was forced into labour on Sunday morning following a robbery attack in the Badagry area of Lagos State.

It was gathered that the yet-to-be-identified woman was delivered of the baby via an emergency Caesarian Section in a private hospital, but died from the injuries she sustained during the attack.

The woman, who had luggage containing some goods, boarded the suspects’ car, with the number plate, KTU 356 CE. The vehicle was travelling from Cotonou, Benin Republic, inward Lagos on the Lagos-Badagry Expressway. 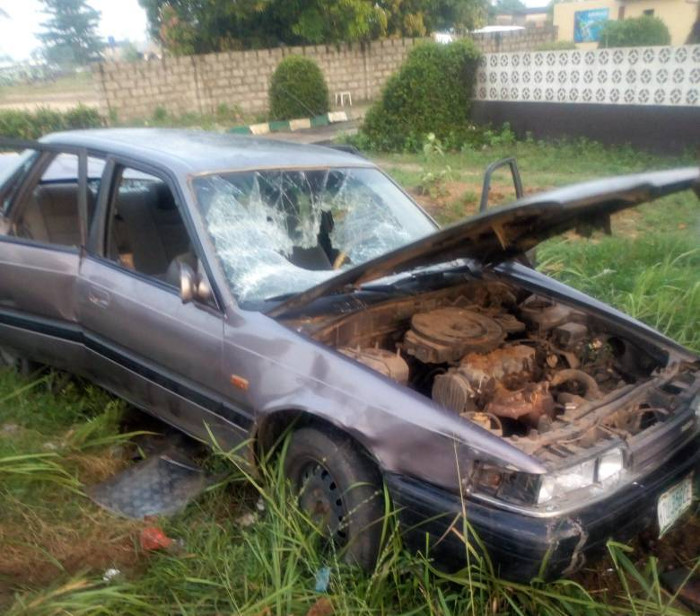 READ ALSO: PHOTOS: How a Pregnant Mom, Toyin Ogundipe, Delivered Her Baby On Board a Plane en Route New York

The woman reportedly thought it was a cab until the men brought out weapons and demanded her valuables. However, the woman allegedly raised the alarm, drawing the attention of other road users.

While some motorists pursued the vehicle, the men attacked and injured the pregnant woman for not keeping quiet.

Luck ran out on the men at the AP Filling Station before Aradagun bus stop, when they were blocked by officials of the Federal Road Safety Corps who were said to be on a routine patrol.

The FRSC Badagry Unit Commander, Fatai Bakare, said the officials rescued the victim and took her to a hospital.

“We blocked the vehicle and found them struggling with the woman to keep shut. They had planned to drop her off on the expressway as they were speeding, but the pressure mounted by those chasing them from behind did not allow them to do that.

We discovered that the woman was injured and took her to Ola-Oki Hospital at Ibereko. It was the closest to the scene of the incident and within 20 minutes, she was delivered of a baby. She had to be operated upon because she was in pains.

However, before we returned, the mob had caught up with the robbers and got tyres with which they set them ablaze. Some soldiers put out the fire and rescued them. They were handed over to the police.”

He noted that around 3 p.m, the agency received information that the woman was dead, adding that her remains were deposited in the Badagry General Hospital morgue.

Bakare said although the baby was in good condition, there was nothing to identify the woman, adding that nobody had come for her.

Our correspondent gathered that the suspects, identified as Awusu Oluwasegun (47) and Gabriel Adeosun (53), sustained serious burns from the attempted lynching and had a slim chance of survival.

Confirming the report, the police spokesman, Chike Oti, a Superintendent, said it was not a case of kidnapping, adding that the woman fell victim to one-chance robbers.

He explained that while Oluwasegun was the driver of the cab, Adeosun posed as a passenger to deceive the woman.

”The woman had some bags of rice and boarded the cab to convey her to her location. But along the line, the suspects wanted to rob her. She raised the alarm and the robbers, afraid that they might run into trouble with security operatives, pushed her off the cab.

Unknown to them, people heard the woman’s screams and saw when she fell from the cab. They pursued the vehicle, caught up with the robbers and attacked them.

The woman was picked up and rushed to the hospital by FRSC officials and she was delivered of her baby through surgery.

Soldiers intervened and stopped the mob from killing the suspects. The soldiers contacted the police and handed over the suspects to them. They are currently in an undisclosed hospital.”