Excursion: Mom Shares How Her Kids Almost Died Due to Negligence of a Popular Lagos School

A while ago, stunning Nollywood actress and model, Mimi Orjiekwe was in the news after she decided to walk out of her marriage to actor, Charles Billion Pius who impregnated two women simultaneously,  whilst she was pregnant with their child.

Now a single happy mother of an adorable baby girl, the New Telegraph, catches up with Mimi who spilled on her failed marriage, motherhood, passion and legacy, among other things.

”My failed marriage was just a lesson and I don’t regret the union. My baby was a product of the marriage and I love her a lot.

I also believe that God made me experience it for me to be in a better place. I am not cordial with my ex-husband (Charles Billion); when I move on, I move on, but the baby keeps us together from a distance.

I am not bitter with men even after the experience; I am happy. I gave my marriage my best; I cannot say I was always right, but I am a superwoman and I try my best to make everyone around me happy.

I have no regrets because if you have good intentions, you will always be fine. We dated for three years before getting married in 2015; so, I didn’t rush into it,” the actress said. 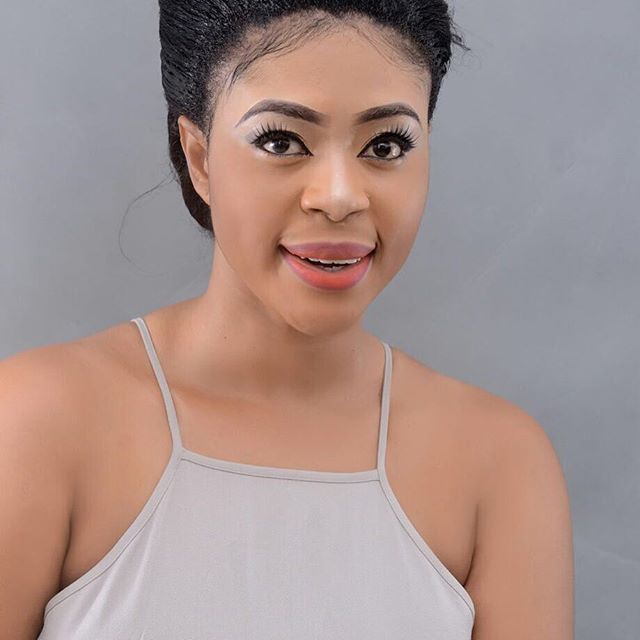 The superwoman then went further to state that she however plan to re-marry and give love another chance:

”Yes, I plan to marry again. My marriage is my private life and I don’t owe anyone an explanation. I don’t think there is any problem in getting married to an entertainer; it is about marrying the right person.

I was probably in love with him then; so, when he asked me to marry him, I thought I would be happy with him. I guess I didn’t do my research very well.

Right now, if I want to get married, I have to pay attention to every little detail. I will not just fall in love with any man for his wealth or looks.”

You’re a single parent at the moment, how do you find motherhood?

Being a mother is the best gift a woman could ever get from God. It makes you discover yourself and it makes you think of another person.

Since you really love your baby, you would want to protect him or her. Last year was beautiful for me because I had my baby girl. It was like a new beginning in my life; I became a mum and everything changed. I had to stop being the Mimi who loved travelling in order to take care of my baby.

When my baby turned out to be a girl, I never worried. I just wished for a beautiful child. My daughter is like a little version of me.

READ ALSO: ”Moms you guys didn’t tell me the real gist… I will buy keys for all my pant” – Actress Mimi Orjiekwe Gives Hilarious Details of her Childbirth Experience

What are you doing to keep fit and remain radiant?

Right now, I am struggling to trim down. I put on weight when I had my baby because I had to breastfeed her for a long time, but I was slim when I was pregnant.

I work out every morning and I am dieting. Though I knew I would get fat and my tummy would get big, the joy of being a mother supersedes all that. You can always fix your body and it is worth sacrificing your body to have a child.

What are the things that fascinate you about life?

I love life, I love to be everywhere. I don’t like being in the office from morning till night. I don’t like to read too much, but it doesn’t mean I am not intelligent. I have always been into modelling or pageant.

After winning Miss Africa Beauty Pageant in 2009, I met a director who introduced me to Nollywood and I found acting interesting. I didn’t go through the stress of looking for roles.

None of my family members is in Nollywood, but I was told my grandmother was involved in drama. She was part of the drama group in the church and village square. I also have a cousin who sings. My father is not a creative person; he is a doctor while my mother is businesswoman.

When I wanted to venture into acting, I didn’t have much trouble convincing my father because I am the only daughter and his favourite.

My father also knew that anything I wanted, I would get it. It was not the case of me forfeiting my education for acting; he wouldn’t have supported that. He became proud of me when people starting telling him that they saw me on screen acting.

What do you consider the most frustrating matter in your life?

Fame is not a curse for me, but it has exposed me to many things I don’t want in my life. It makes people criticise you and it makes people think they know everything about you.

When you see people talking about you, you will be surprised because you don’t even know those things about yourself.

But I don’t blame the public; it is the life I have chosen. I am thankful to God as well as acting has opened many doors for me and made me who I am today.

What else inspires you?

My mother just left my house last week; I call her a hustler. I learnt how to be strong from her. Till now, I still learn a lot from her and she has always been there for me.

What legacy do you live for?

I want to be successful and I want to be able to help people in my society. Folorunsho Alakija is my role model. I like her a lot because she is a strong woman and I see myself becoming like her someday.

We wish you all the best Mimi!