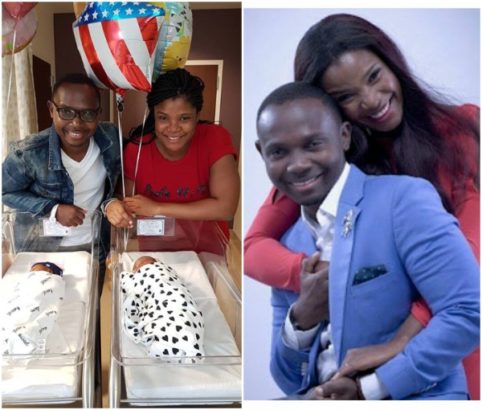 Ace Nigerian talk show host and comedian, Gbadewonuola Olateju Oyelakin popularly known as Teju Babyface is now the latest father in the Nigerian entertainment industry, after he welcomed a set of twins with his wife, Tobi.

Teju got married to Oluwatobiloba (nee Banjoko), an ex-beauty queen, in August 2012 and this is the couple’s first set of children after trying to conceive for six years.

To announce the arrival of his twins, the new dad excitedly wrote on his instagram page: 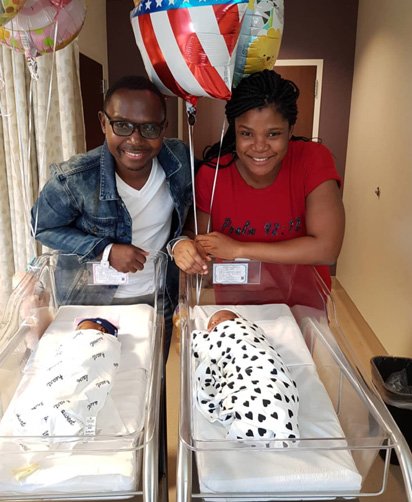 ”Please rejoice with us! My wife Oluwatobiloba @tobibanjokooyelakin and I are the very grateful and excited parents of twin Children. It has taken almost 6years but God who neither forgets nor forsakes has given us double for our trouble.

I pray that the God whom we serve will remember everyone who seeks Him & give you the desires of your heart. Mother and babies are doing Great! #Grateful#awesomeGod.” 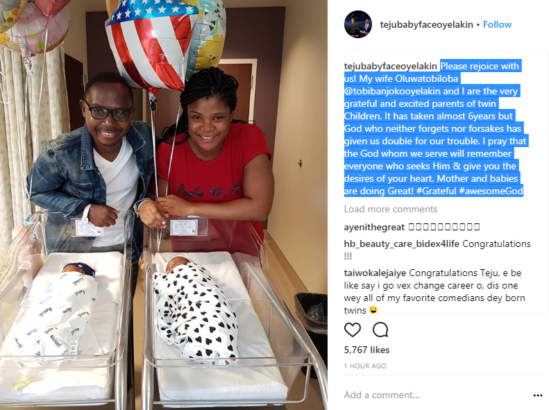 In a 2016 interview, Teju opened up about their love life and challenges as a couple in the interview;

On the issue of marrying my friend, the truth is that we became friends after getting married. I mean really good friends. Before we married, we were friends who were attracted to each other because of the qualities we saw in each other.

But it was after we got married that we really started to bond at the deepest level of marital friendship. You know what I think? A combination of fidelity and weathering storms together brings about those results and that kind of friendship.

Despite The Odds Her Dad Stacked Against Her As A Girl-child, Eucharia Anunobi Inspires With Her Incredible Success Story

Not a single one. In fact, I wish I had gotten married to her earlier. Perhaps two years earlier. I often tell her that if I had married someone else (whilst the opportunity was there to marry her) and I saw her walk into a room, I would have had the deepest type of regret.

Lord knows I didn’t always live and behave like that, but, somehow, I was fortunate to discover not only the truth but also the strength in keeping the marriage bed undefiled before I got married to my wife.

My father was also very insistent that I should not sleep with the woman I would marry. He would say ‘look, one can even make a mistake and slip up but don’t make it a lifestyle!’ Plus my wife was having none of it! For where?.

A big congratulations to the amazing couple!