Stunning Nollywood actress, Ufuoma McDermott, who is happily married to her British husband, Steven and father of her kids, Steven McDermott is definitely one of our special moms.

The actress could not enjoy the moment alone, as she posted the most heartwarming messages she received was from her children, who sang for her while they enjoyed a bowl of ice cream.

As expected, fans were quick to adore her children. But unknown to most people, the actress would have lost her son during childbirth if she had not listened to her doctor.

Speaking with Saturday Beats, the delectable actress revealed that her first child, a cute son, was conceived through in vitro fertilisation and that she birth her two children through caesarean section.

She further revealed that only ignorance would make a woman refuse to have a CS simply because she wants to be a strong ‘Hebrew woman’.

“Both of my children were born by caesarean section and I still feel very proud of motherhood. My children are my treasure and pride.

I don’t think anyone should decide how a child is brought into the world because complications sometimes warrant CS. If everything is good, then the doctor would insist on a normal birth.

At any point in time, motherhood is motherhood. It makes me laugh when people say that women who have a CS are not strong women. It is amazing how ignorant some people are.

My son, for example, was conceived through in vitro fertilisation and when it was time for delivery, there was a breach, which means that the head of the child was up in the uterus as against it being down, so it was not advisable to push at the time.

I’m glad that I listened to the doctor because, by the time my son was brought out, he had his placenta around his neck. If I had pushed, I might have strangled him.

I think it is ignorance when someone comes out to say that she is a strong woman so she has to do normal child delivery. Yet, I am patient with people because I got to a point where I was enlightened.

These women can be forgiven because the truth is that a mother is always a mother. When it comes to the process of childbirth, you cannot take away the pain that comes with it whether it is by CS or normal delivery; you would feel the pain whether it is before, during or after childbirth.” 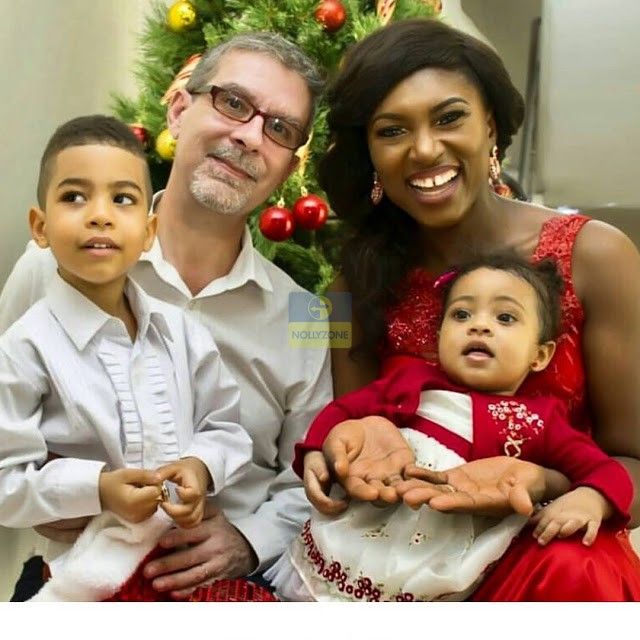 The stylish momma noted that even though her baby was born by CS, she was on her feet the second day just because she wanted to catch a glimpse of her newborn.

”CS is actually a stitch, it is a wound and it takes time to heal but in my case, I was already walking by the second day after giving birth to my son.

The labour ward was different from where they kept my son and I could not sleep because I wanted to see him. I was a new mother, the nurses told me to stay put, but I did not listen.

I was crying as I dragged myself on the staircase to see my son. In all of it, I think we should just appreciate mothers because they go through a lot. Even if it is an adoption, a mother is a mother and you cannot take that away from her.”