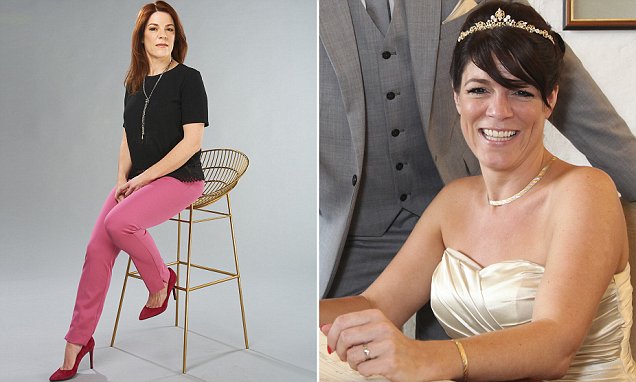 Dear MIMsters: My Husband Says I Can’t Have Both. Which Should I Pick?

Jo-Anna Francis has shared how counselling can bring a marriage to an end rather than save it. Narrating her story, the mother-of-two says 6 months of counselling destroyed her marriage. Jo-Anna, who was married for three years to her ex-husband Alex, further revealed that a change in work life and the birth of their son affected their marriage.

She says if she and her ex had spoken without a stranger, they would eventually have climbed out of the marital hole and still be married today.

Jo-Anna claims counselling only exacerbated their issues and sense of distrust. She urges others to think carefully before deciding to go down the same path.

”Marriages can end for many reasons: infidelity, cruelty, or simply the loss of love. But it was marriage counselling that did for mine.

We had sessions for six months after hitting a rough patch, and I’d warn anyone else to think very carefully before going down the same path. Without the counselling, I’m convinced we would eventually have climbed out of the marital hole in which we found ourselves and still be married today.

Instead, it opened Pandora’s box. In front of a stranger, we picked at the fabric of our relationship until it unravelled completely.

Our son, then just four, found himself having to shuttle between two parents. My daughter from a previous relationship, now 22, lost a stepfather who had been in her life since she was 11. Alex and I had been together eight years and married for three — and, within a year of starting the sessions, it was all over.

Ironically, I was the one who suggested counselling. I felt it would help us with the communication problems we’d been having since our son was born, which had also impacted the physical side of our relationship.

My working life had changed completely when I was made redundant just five months after returning from maternity leave. I set up a new marketing business, but had to juggle it with looking after an 11-month-old.

Meanwhile, Alex’s life appeared to carry on as before. I started to feel resentful. I felt like my business couldn’t reach its full potential because of Alex’s inflexibility. If I had a meeting, he was unwilling to change his plans to do the pre-school drop-off.

Relations in the bedroom also slowed considerably after the birth. It’s not uncommon for this to happen to new parents. 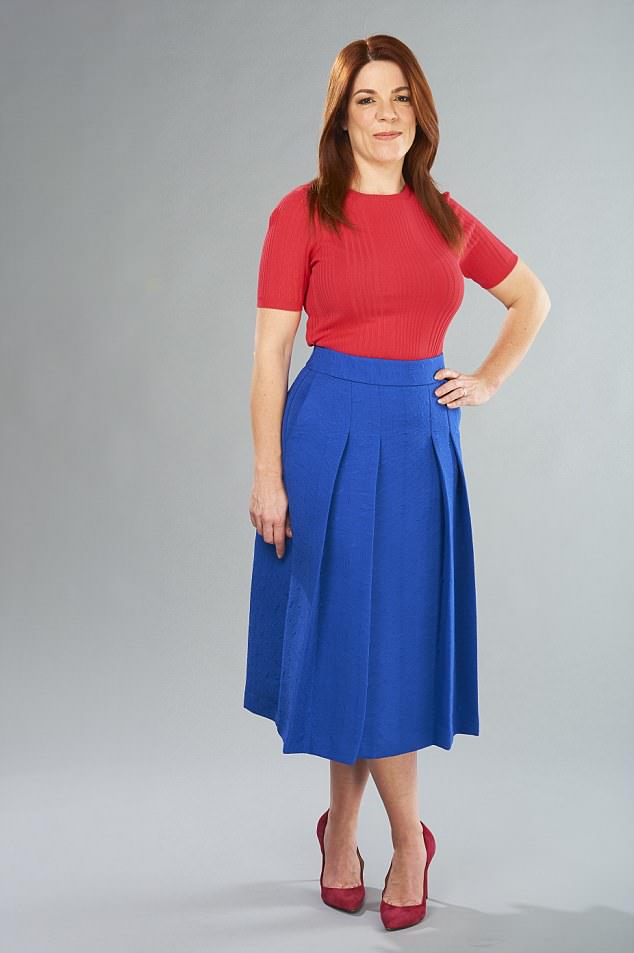 But Alex, like lots of men, took the lack of sex as a slight and became sullen, making the cycle more difficult to break.

Before we had counselling, I was the one who liked to get things out in the open, whereas Alex was more of a closed book. If I tried to discuss how we could organise childcare differently or how unhappy it was making me, he’d change the subject.

Obviously, the lack of a physical relationship didn’t help. But for me, as for many women, sex doesn’t start in the bedroom, it starts in the hours beforehand. If you feel cross and unsupported, then it’s highly unlikely you’re going to suddenly feel desire the moment the lights go off.

If we could have just talked honestly to each other, I’m convinced we would have overcome our problems and regained our intimacy. But we didn’t seem able to do that on our own, so it was in the hope that Alex would open up to a third party that I started looking for a counsellor.

It wasn’t something I’d ever done before and, in hindsight, I wish I’d done more research. But I simply searched online for a counsellor in our area. My choice was based almost entirely on how close by they were.

Our first session was in February 2015 and the hour-long sessions continued weekly until August that year, costing £65 an hour — a total of £1,700.

At our initial appointment, I was shocked to discover the female therapist was as old as my grandparents. The thought of talking through my sex life with someone the same age as my gran was not appealing.

Yet I was heartened to find Alex and I appeared to be on the same page: we wanted to learn how to communicate better with each other and improve our love life.

But counselling had a divisive effect from the start. Our therapist suggested a ‘sex ban’, a way of removing the pressure to be intimate. I felt it was a sensible plan — but Alex saw it as a sign I had ‘won’, that it was the excuse I’d been looking for not to be intimate with him.

There was also a stark difference in how we responded to the counsellor. Alex became very emotional about our relationship in the sessions.

But I discovered, too late, that I don’t open up in such artificial circumstances. And I was heartbroken that my husband was being incredibly open and honest with a counsellor in a way he wasn’t when we were alone together.

It was unexpectedly hard seeing him so vulnerable. I wanted someone strong I could rely on. Instead, I saw something else I had to ‘take care of’.

Rather than facilitating better communication between us at home, counselling had the opposite effect. We stored up everything we felt in the week to let go of during a meeting. The endless delving into our childhoods and relationship histories didn’t seem to achieve anything, either.

I wanted to look to the future, not be forever defined by the fact my parents divorced when I was two and I’d had a tricky relationship with my stepdad. Perhaps I was naive, but I expected therapy to focus on the here and now.

Our counsellor, however, wanted to know everything — from our childhood experiences to our relationships with our parents. I realise now that this is standard, to help understand why we had certain outlooks.

But it simply served to highlight our differences, rather than celebrate what we’d loved about each other in the first place.

It left us feeling pitted against each other, rather than on the same side. After each session, without fail, there would be an emotionally charged, silent drive home. I felt at fault and I’m sure Alex felt drained.

We were encouraged to have a session each on our own. I didn’t think these were a great idea, but accepted it as part of the process. I worried the counsellor would take sides on the basis of what we’d said and felt under pressure to make my ‘case’. 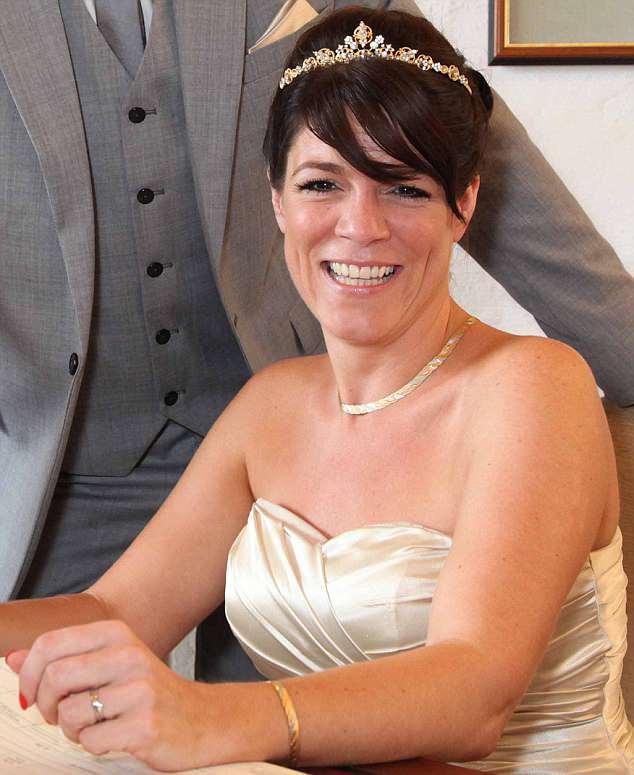 I was correct. Afterwards, we were both suspicious of what the other one had said. As time went on, counselling only seemed to exacerbate our issues and sense of distrust.

We did everything to avoid situations where it was just the two of us. By now, I couldn’t even look at Alex the right way. Anything I said was wrong, and there were slammed doors.

After six months, I said we had to stop. I couldn’t do it any longer. Our relationship was worse than ever. That summer, I asked Alex for a trial separation. We started the divorce process after another six months and it was finalised in early 2017.

Today, I am convinced that, had we not gone to therapy, we would have just ‘got on with things’. We were old enough to know marriage wouldn’t be all hearts and flowers and that the basis of marriage should be a good friendship, which we had.

Counselling eroded that. We ended up in a ‘who loves who the most’ competition — not what I had wanted at all. Yes, I had been cross with him; he hadn’t stuck to what we agreed about childcare for our son.

But counselling kept pushing us towards other, more serious conclusions. Because I couldn’t express my love for my husband in front of a stranger, I was left feeling I didn’t have the capacity to love as much as I ‘should’.

Rather than trawling through the past, surely it would have been better to give us practical help with the present? Perhaps if someone had encouraged us to take the time to ask ‘what’s gone well for you today?’ or ‘what’s upset you today?’ and listen to each other, we’d have moved forward, rather than backward.

Today, Alex and I have new partners. Though there will always be regrets about the end of our marriage, I am glad we’ve both found happiness again.

The irony is that what came out of our divorce was a very amicable 50-50 custody arrangement, which now gives me the shared level of parenting that was the very issue that started this whole process in the first place.”