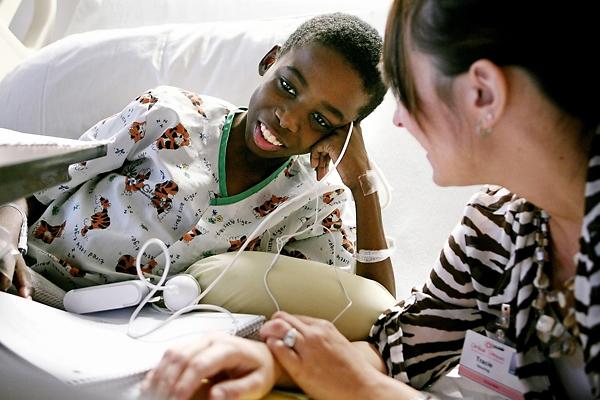 Are They Right or Wrong? 8 Controversial Scientific Discoveries About An ‘Only Child’

According to Reuters, children living with the sickle cell have been branded witches and earmarked for death by their parents in the Cameroons. The sickle-cell disease is a genetic condition that causes abnormally shaped red blood cells and a variety of complications. It can be treated but not cured.

In the Central African country, parents who do not have the nerves to murder their own children neglect them until they die. Husbands abandon the homes in protest against wives who “gave” them children that “came to the world to torture” families.

One of such parents is 32-year-old Diane, who reportedly confessed to the murder of her 5-year-old son who was a sickle cell patient. She said her boy was a sorcerer.

The boy, according to Diane, had suffered from episodes of severe pain his whole life, and was weak and thin. As is the custom in the Central African country, she and his father consulted traditional healers known as marabouts about what to do.

“Madam, your child is a sorcerer,” they said. “He came into the world to torture you. He will die one day,” recalled Diane, who asked not to be identified by her real name.

The marabouts told her it was useless to seek medical help. February, last year, at the rooster’s crow, Diane suffocated her own son with an old pillow.

“I kept the pressure on like in movies and he died,” she said, with no sign of remorse. “I killed my child because he was going to die anyway. Before, he was suffering greatly. Now he is at peace.”

Diane had learned that she and her partner carried the disease trait during a hospital visit with their first child, who died. But she believed the marabouts over the doctors.

“They told us we couldn’t have more children because we would give them the disease. It was false. The marabouts showed us that sickle-cell children came into the world to torture us and spend all our money,” said Diane.

Of the 19 people with sickle-cell disease that were interviewed for this story, 16 said they were called “sorcerers” and “devils” as children, abandoned by their fathers and subjected to “demystification” rituals that could have killed them.

Eleven mothers said they believed their children were sorcerers.

“In Cameroon, sickle-cell disease is synonymous with discrimination, the disease of shame, something mystical,”said Fernand Tekoua, president of the National Association of People with Sickle-Cell Disease.

“It is ingrained in habits and in society. Even the family thinks you are worthless and just waiting for your day to die,” he said.

Sickle-cell disease is most common in Africa, and affects up to two percent of the population in tropical countries such as Cameroon, according to the World Health Organisation.

The main symptoms are pain attacks, which can last up to a week, a susceptibility to infections, and anaemia, which causes weakness and fatigue. Most children with the most severe form die before the age of five, according to WHO.

Like Diane, other parents interviewed described their children as having been constantly sick since birth.

“Sickle-cell crises are frequent and a week of hospitalisation can cost over 200,000 CFA francs ($350). The majority of families don’t even have money to eat. The child with sickle-cell disease is thus seen as the one that ruins the family,” said Tekoua of the national association.

Although there is no evidence that children with sickle-cell disease are regularly murdered in Cameroon, interviews with doctors, patients, and parents suggested that it is possible, and that others die of intentional neglect.

“He’s a monster, he deserves to die,” said one mother in the capital Yaounde of her nine-year-old son.

When she found out he had sickle-cell disease two years ago, her partner abandoned her and she never took the boy to the hospital again.

“I wouldn’t shed a tear at the death of this child that separated me from my husband,” she said.

READ ALSO: MUST READ: “Through her, I discovered giving up is not an option” Mum of a Child Living With Cerebral Palsy, Helen Dan-Arry Shares Powerful Message
Several people with the disease said their parents would tell them:

“Why did I bring you into the world? You shouldn’t be alive. Die and leave us in peace.”

They were referred to as “living dead,” “revenants,” “disciples of the devil” and “guardians of hell”, they said.
Hans Edgar, 24, who is living with the disease, said that his father walked out on the family after refusing to spend a penny on his “sorcerer son.”
His mother then took him to a marabout, who one day put him on a grate over burning coals to rid his body of the bad spirit.

“I was little and I jumped with all the force of desperation to save my skin,” he said. “He wanted to grill me like a chicken.”

Cameroon’s health ministry estimates that sickle-cell disease is responsible for 16 percent of all deaths of children under five, said Etoundi Mballa, head of the division for diseases and epidemics.

“This is a lot. It’s a really worrying problem,” he said.

In 2014, the first treatment centre devoted to the disease was opened in a hospital in Cameroon’s second city Douala. But unlike HIV, tuberculosis and malaria programmes, it is not subsidised by the government.
Mballa said the health ministry’s plan for fighting the disease included awareness-raising, free vaccines for certain infections and free iron tablets and antibiotics. The ministry also recommends that young adults get tested for the trait before marrying and having children, he said.
READ ALSO: Shocking Discovery: Health Worker Reveals Abuja Village Where Newborn Twins Are Hanged to Death
But people living with the disease said much more must be done to spread correct information and make treatment affordable.
In Douala, those who have survived into adolescence and adulthood meet twice a week to console one another, discuss the future, and share concerns and advice.
To end the disease, they think the government should make blood tests free and mandatory.

“If my parents had done this test, I would not be going around today with this disease that destroyed my life,” said Allan, a 17-year-old student.

“We must give all Cameroonians a chance to save the next generation of children.”