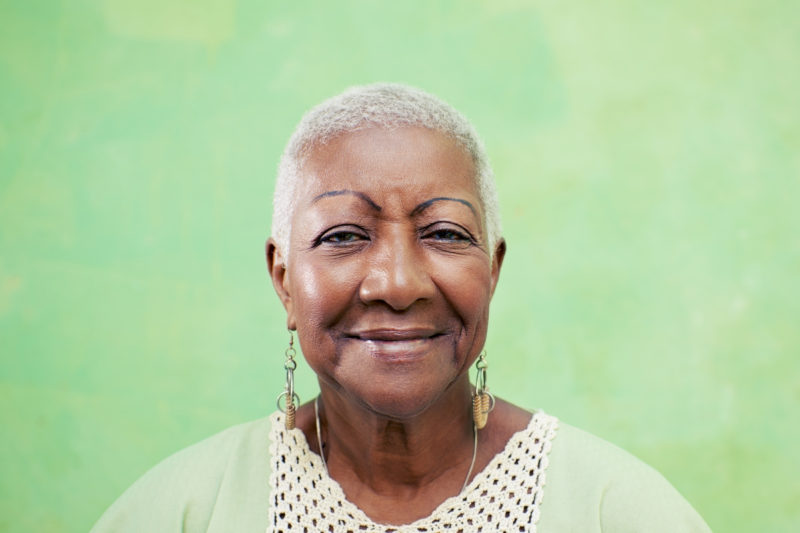 One night, she served me late in night as usual but I rejected the food. She called my son’s attention and he scolded me for making his wife uncomfortable with my attitude of dissatisfaction and ungratefulness.

He said, “Mum, this woman has been up all day taking care of a baby and you. The least you could have done was to appreciate the food you are served. Understand that she’s been up all day. She doesn’t even get enough time to rest. Please stop stressing her.”

READ ALSO: Dear MIMsters: My Husband Wants Me to Live With Him Under These Conditions. Would You Accept Them If You Were In My Shoes

I was shocked! Is this the son I raised? Tuoyo!? When did he become so arrogant? Ajike had fed him with so many tales and sadly, he believed her. He didn’t even think he should check with me!

I knew it was time for me to leave for my own home so I started the countdown for my exit.

The next day, her mother visited thus I excused myself so I could get some food down the street, since her freezer had gone under lock and key again.

As I came out of the canteen, Temisan drove past. She saw me and reversed. When she asked to know what I was doing in a canteen, I told her all that’s what has been happening to me in Ajike’s hands. I pleaded with her neither to tell her brother nor confront his wife. I told her to go back to her home and that when I returned to my own home; she could come and visit me. I know Temisan is hot-tempered and I didn’t want her to fight Ajike because of me.

Unknown to me, Mama Ajike had seen me with Temisan. I guess she was taking her leave when she saw us together. She went back into the house and told her daughter. When I got into the house, Ajike wouldn’t let me in. In her words, ‘they’ saw me collecting something from Temisan and ‘they’ concluded it was charms to harm her so she asked me to stay outside. Yes, Temisan gave me an envelope but it was only money it contained.

I know at the stage, some of you reading my story would have wanted me to show her the money but I didn’t care. I had had enough of her cheekiness. I couldn’t take it anymore! I blasted both mother and daughter, and they both took me to the cleaners. Though I was very sad but I decided I wouldn’t report the matter to Tuoyo.

READ ALSO: Dear MIMsters: Should I Apologise Just to Protect the Family Bond?

After her mother left, Ajike came to me and tried to apologize because it was almost time for her husband to return from work. I gave her my word that I wouldn’t tell Tuoyo because I do not want their marriage to fail and not because she was begging me. I told her she knew what she was doing and that I will leave her home for her. I told her that I love my son enough to sacrifice my comfort for his happiness and that if I told him and they have issues, people would not know she caused the whole issue. You know it is always easy for everyone to conclude that MILs are evil! Afterwards, I went into the house and stayed on my own till Tuoyo returned.

When he did, I gave him some cooked up stories about going for medical checkups so that I could return to my home and he agreed.

That was two years ago!

Dear MIMsters: Why I Hate My Mother-In-Law

Last week, Ajike gave birth to a set of twin babies and Tuoyo has asked me to come for Omugwo, again but I said no. I have told him I would not come but he is insisting on knowing why. Tuoyo is threatening to stay away from me if I do not come to take care of his wife and babies.

Temisan who had obeyed me till now is threatening to tell Tuoyo why I am refusing to come for Omugwo. Ajike is begging me to come, that she regrets all she did to me.

But in all, I am sticking to my guns. I am not going for Omugwo and I would not tell Tuoyo the reason for my stance.

READ ALSO: Dear MIMsters: Please Tell Me What To Believe After Finding These Incriminating Evidence With My Husband

I have told Temisan I would curse her if she tells her brother what she knows. Tuoyo can stay away from me for all I care. I have suffered enough for him and his sister. I refuse for any child to keep me in bondage in my last days. He can keep the financial help he renders to me, too. I know my God will not forsake me.

I choose to stay in my own home. If they really need me, let Ajike come with her children to my house, I will do Omugwo for her in my own home. Till then, I rest my case!