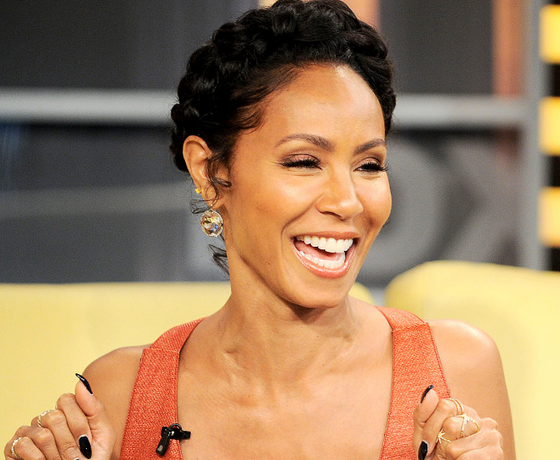 Dad-of-4-Boys, Dele Momodu Relives His Fatherhood In a Candid Talk On Parenting

The Girls Trip star argued that it’s vital for women to take care of their vaginas because “that’s our life force; it’s centered there.”

“When I tell you my yoni is like a 16-year-old, I’m not kidding,” Mrs Smith tells her mom, Adrienne Banfield-Jones, on an episode of her Facebook Watch series, Red Table Talk.

“I’m talking about the outside. It looks like a little beautiful peach.”

On the show, Pinkett, Hollywood actress and businesswoman takes her mom to the Vitality Institute of Agoura in Los Angeles where she underwent multiple vaginal rejuvenations.

“I was telling my mom, I actually had it for my bladder issues, which completely went away after three treatments,” Pinkett Smith shares with Kelly Rainey, the owner of the institute who performed her treatments.

Rainey, who recommends the treatment to fix issues with dryness, incontinence, pain during sex and alteration of the outside appearance, revealed that the treatment “introduces heat which stimulates cellular turnover, which makes you feel younger again and it gets tighter and nicer and functions like it did when we were back in our 20s.”

Pinkett has been using Red Table Talk to discuss hard issues including suicide, sex and parenting. On a recent episode, Pinkett Smith talked about how husband felt when their son, Jaden Smith, started wearing female clothing.

The Smiths have been married since 1997 and share two kids, Jaden, 19, and Willow Smith, 17. Will has an older son, Trey, from a previous marriage to Sheree Zampino.

READ ALSO: Jada Pinkett Opens up to Will Smith’s Ex Wife About Dating Him While They’re Still Married

The word “divorce” is not in Pinkett and Will Smith’s vocabulary.

“Here is the thing about Will and I, we are family, that is never going down. It’s just not,” Pinkett recently said of persistent rumors they’re splitting.

“We are family,” Pinkett explained. “Take out all that whole marriage, relationship crap, at the end of the day, Will and I are family. I am going to hold him down, doesn’t matter.

All that relationship and what people think ideas of a husband, partner and all that, man, whatever. At the end of the day, that is a man that can rely on me for the rest of his life, period.”

Pinkett’s trust in her husband is so strong that Will, 49, even goes on vacation with his eldest son and his ex-wife, Sheree. Will and Sheree were married from 1992 to 1995.