Dear MIMsters: I Have Been Bitten Twice By My Husband. How Do I Go Ahead?

The first lady of Lagos state, Bolanle Ambode has said women must use their strategic positions as builders of the home-front to adequately fortify their children and wards with right virtuous to stem the tide of rape and teenage pregnancy in the society, Lagosstategov.ng reports.

Speaking recently at a special Lagos Women Forum put together by her office held at Police College in Ikeja, the wife of the Lagos state Governor said as coordinators of the family unit, women have the responsibility to bring up their children in most decent ways and be good examples to them. According to her,

Mrs Ambode further said young girls who suffer abuse and become pregnant stand the risk of medical complications, stressing however that conscious effort must be made in their upbringing to achieve the desired results including early enrollment in school, sound moral lessons and exposure to the ways and things of God.
READ ALSO: Here’s a Message From The Lagos Police Commissioner to All Parents | Read Full Statement
Besides, Mrs Ambode expressed concern over the disturbing trend of domestic violence against women which sometimes result in deaths, saying it was time for women to come together and jointly speak out against the menace.

”By publicly speaking out against domestic violence, together we can challenge attitudes that breed violence in the homes and everywhere. We must insist that domestic violence is a social crime and not acceptable in our society.
That is why we have brought seasoned speakers, to talk to us on issues of social menace, and our expected roles as mothers and home builders.”

In her keynote address, Lagos State Deputy Governor, Mrs Idiat Adebule commended the wife of the Governor for the initiative to gather women together for the purpose of enhancing their welfare and health, saying the strategic importance of women in the society could not be overemphasized.
READ ALSO: How Lagos State Government Is Pushing to Prioritize Children’s Rights 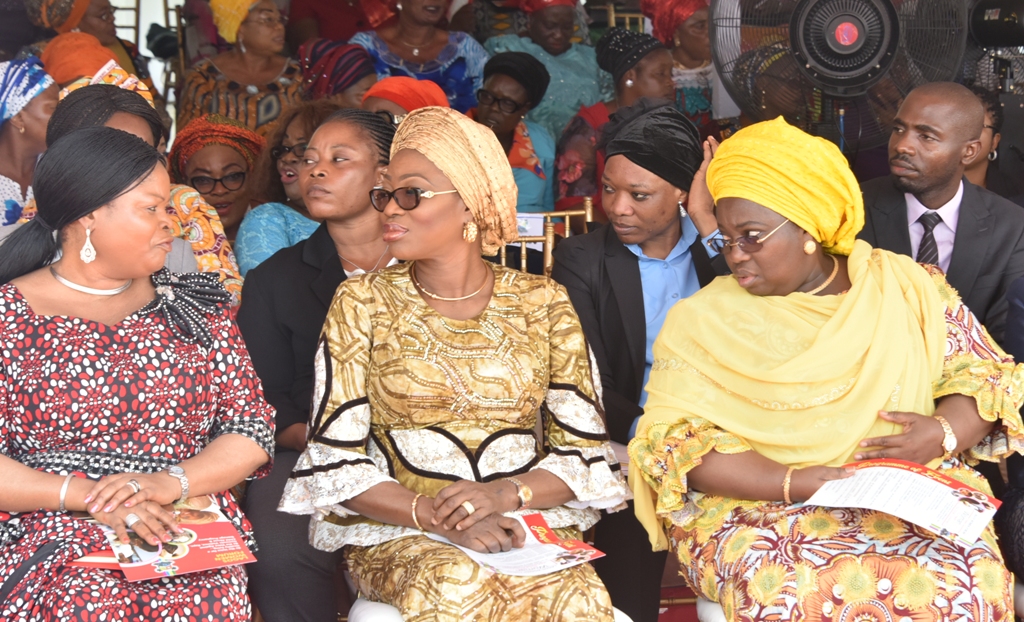 She said women should no longer be stereotyped into silence but rather become vocal advocates for improved health delivery system and social justice.
READ ALSO: Lagos Commissioner for Women Affairs Responds to Controversy Over Domestic Violence Speech
Mrs Adebule added that the womenfolk also have the responsibility of investing and increasing access of more girls and women to good health, quality education, and as well ensuring that laws respect and ensure the rights of women are enforced.
The Deputy Governor, who is also overseeing the Ministry of Education, said as part of efforts to protect the future of girls who are abused, the State Government recently established a special school for people in such category to have another opportunity to be educated.

“We have equally established the alternative school for the girls who, in the course of their lifetime, get pregnant and could not continue their education. Our government has provided that particular school for them to have a second chance in life,” Adebule said.