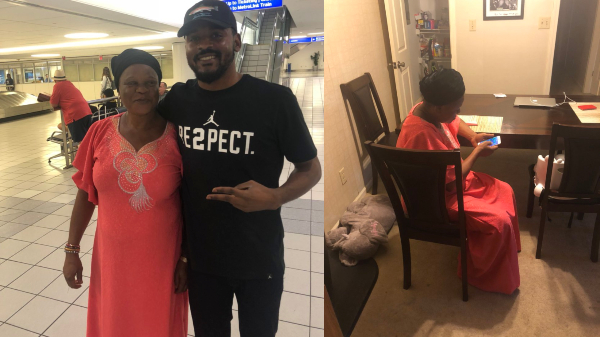 Dear MIMsters: Was Blocking this Guy on Social Media The Right Thing to Do?

It is the prayer of every mother to reap the fruit of her labour on her children and a certain mother is presently reaping hers bountifully. A Twitter user identified as @IamEtubo, who became successful after years of suffering, took to social media to narrate how he made his mother shed tears of joy.

The proud son shared with his followers how his mother couldn’t stop crying and praying for him all through the night. She thought she was dreaming when her son flew her to visit the United States.

Guys!! Yesterday was the happiest day of my life! I brought my mom to UNITED states!! She cried all night and wouldn’t stop praying. She couldn’t sleep as she thought it was a dream!!!

See ehn! My mom suffered, I told her it’s just the beginning. Update!!!! Mum playing candy crush on her iPhone.” 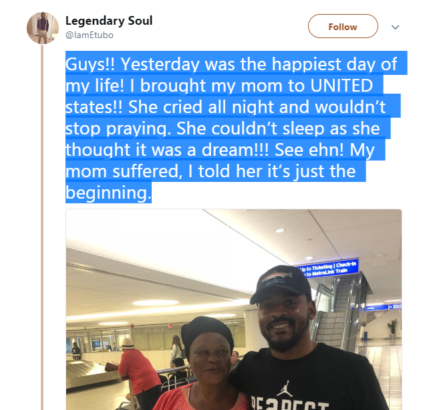 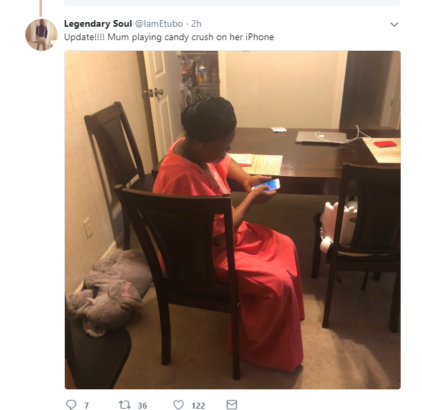 READ ALSO: ”Patience is One Virtue I Have Noticed in Our Women That Enables Them Reap Great Reward as Mothers”…VP’s Mother

We had earlier reported the story of a Nigerian photographer Ejiro Onobrakpor who took to Instagram to celebrate his mother, who sold rice at a bus-stop in Ajegunle to conductors and drivers but now now lives in America.

According to him, his mum gave up everything, including the clothes on her back to give him and his siblings an education. He further revealed she sold rice to conductors and drivers at a bus stop in Ajegunle, a slum in Lagos.

”I reckon, there’s nothing more joyful than the feeling of a child that grew up in the slums to see his mom that gave up everything, including the clothes on her back to give him and his siblings an education live to taste and enjoy the labour of her love.

READ ALSO: ”All my life, I have watched my mum struggle very hard to care for us ”- Singer Jaywon Opens Up in New Interview 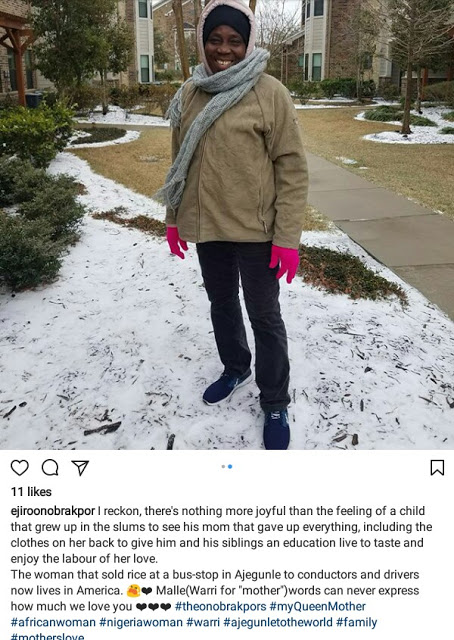