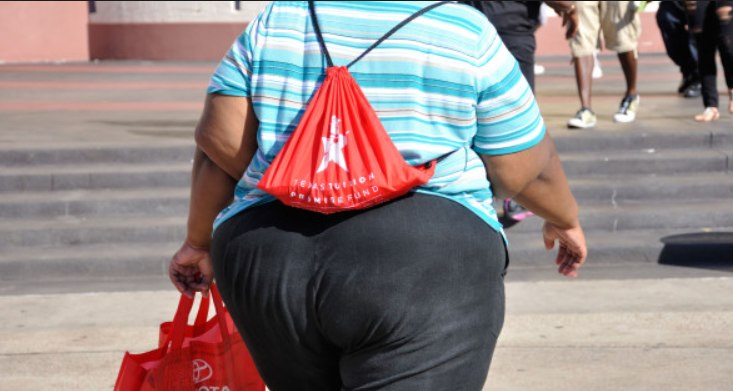 The new study conducted by researchers at the University of Queensland, Australia, has established a connection between being overweight or obese and, an increased risk of developing urinary incontinence, also known as involuntary urination- in young and middle-aged women.

Published in Obesity Reviews, the study stated that when compared with normal body mass index, being overweight was associated with a one-third increase in the risk of urinary incontinence, while the risk was doubled in women with obesity.

READ ALSO: Confession Of A Mum of an Overweight Child: “I scorned parents of obese children, until I became one”

The study also stated that medical advice given to obese young women or those at risk of becoming obese should not be limited to metabolic health (i.e warnings about diabetes), but should also emphasise the role of excess weight on pelvic floor- weakening and subsequent risk of incontinence.

Speaking on the research, the lead researcher, Dr Tayla Lamerton, said that the team’s findings would serve as a guide to lifestyle interventions.

“We know that urinary incontinence can be a complex issue, especially among younger women. Understanding overweight and obesity as a determinant of urinary incontinence could play a role in the way we counsel those affected by the condition, and our findings provide a building block to further explore lifestyle interventions for preventing and managing incontinence,” she said.

ALSO READ: How Obese Mum Went From Fat to Slim Within the Confines of Her Own Living Room

So, what can you do to avoid urinary incontinence?

Once you get used to doing that, hold the squeeze for a few seconds. Try to do them every day- on the bus (hey, no one can see them working!), watching TV or while you’re at work.

You may also buy Kegel weights- it helps to tighten up those lower region muscles.

It is possible to train your bladder by waiting longer between needing to pee and actually passing urine. It is however better to do that under the guidance of a specialist, who you can be referred to by your doctor.

If you have any kind of urinary incontinence, it’s worth getting checked out by your doctor just so you can rule out any infections or injury. There’s absolutely nothing to be embarrassed about – it’s a common problem generally caused by physical stress, a blockage, birth defect or a spinal injury.