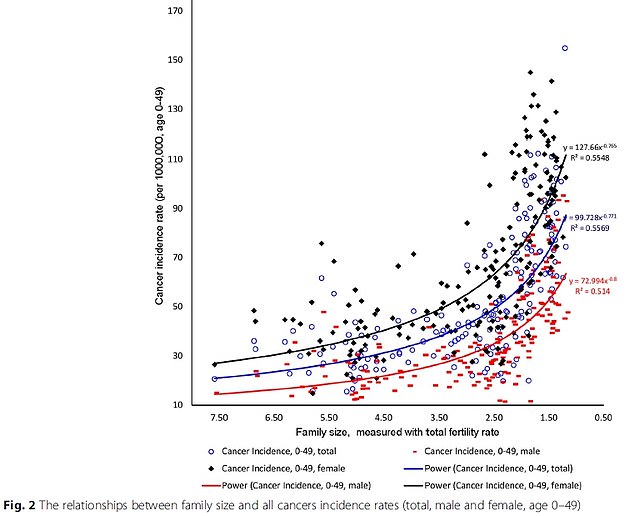 Making Every Calorie Count: 10 Kinds Of Food You Need To Eat When Pregnant

Do Siblings Lower Your Cancer Risks?

New study speculates that the larger a family, the lower the cancer rate on its members.

Countries with a culture of big families have lower rates of cancer, according to a new evolutionary study. Living in groups has been key to the survival of the human race for many reasons, many of which are obvious, yet many are unclear.

This new study suggests an unexpected benefit: that people with plenty of siblings, aunts, uncles and children appear to have a lower risk of major diseases.

READ ALSO:Professional Footballer, Carl Ikeme Opens Up On His Battle With Cancer And How It Affected His Beautiful Family

The research by evolutionary medicine professors in Switzerland and Australia is based on United Nations data charting average family size and disease incidence.

The researchers say there are many factors at play but they believe a key element could be that the emotional environment families create has a profound effect on disease risk.

According to Professor Frank Rühli, the director of the Institute of Evolutionary Medicine, University of Zurich posited that:

“From an evolutionary perspective, cancer is a very interesting disease because it’s increasing in incidence, We wanted to look at what could be done, what factors could be checked for, whether there were patterns or not.”

Working with researchers at Adelaide University, his team compiled data from UN agencies on 178 countries’ cancer rates, types of cancers, fertility rates, household size, life expectancy, wealth and biological state index -which estimates how likely they are to reproduce.

READ ALSO:Fran Drescher Educates Us On Cancer Prevention &#038; Early Diagnosis as She Celebrates 18 Years of Being Cancer-free

They deduced the average family size by assessing how many children a woman in that region would have in her lifetime. Those figures were put into a graph with the cancer rate data – and produced a clear line, independent of income, age, or urbanization.

For women, this data isn’t hugely surprising. While multiple pregnancies increases the risk of breast cancer, it typically lowers the risk of many other forms of cancer.

Intriguingly, though, this study found men benefited the most from being in a big family when it had to do with cancer.

That’s part of the reason why Dr Rühli emphasizes the emotional aspect of families: “it seems there is something protective about the sheer fact of cohabiting in a community.”

READ ALSO:Emotional Message From Cancer Stricken Nigerian Mom, Shortly Before She Died, Will Motivate You

The study fits neatly into the growing tapestry of research into loneliness and its ramifications.

Pack mentality has always been strong worldwide, but a century ago; popular psychology had it that children would be hardier if they had to fend for themselves, emotionally and physically. Despite millions enduring the horrors of the World Wars, there was no literature on PTSD and mental health is a concern of the modern era.

Increasingly, studies have shown that human interaction can have a profound physical and emotional impact on a person. Poor mental health has been shown to send blood pressure rocketing, and increasing the risk of major diseases. It’s a concern magnified in the era of social media, with soaring rates of anxiety among teens who supplement real contact with the internet.

There are some limitations to the new study, though.

The researchers were looking on a country-by-country basis, not closer. To zoom in is hard, as they point out in the study:

“It is nearly impossible to test the relationships at the individual family level due to rare occurrence rate of cancers, and even rarer in some individual site-specific cancers, such as ovarian cancer.”

Dr Rühli said the next step is to explore smaller cohort studies that could examine the connection more deeply but he is sold on the premise: “We were not surprised. Groups have been one of the advantages of man kind. It doesn’t have to be family: being in a group has an effect.”