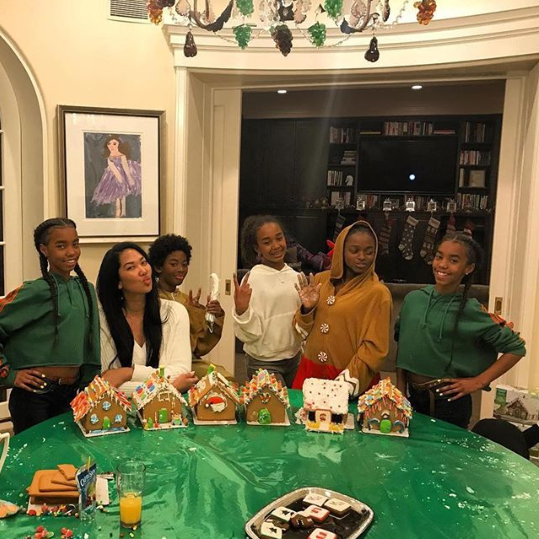 Christmas Came Early For The Makun Brothers & Their Wives|Photos & Video

Shortly after Kim Porter’s demise, her best friend and mother of four, Kimora Lee Simmons made a promise to look after Kim’s twin daughters, Kim kids as though they were hers, and Kimora is doing just that.

The model is making sure to include eleven year olds, D’Lila Star and Jessie James, in her family’s Christmas festivities.

A photo of Kim Porter and Diddy’s twin daughters celebrating with Kimora Lee and her family and also another of Diddy’s daughters from a different woman was shared online.

Together, they all made gingerbread houses, a favorite Christmas tradition, and took photos with it.

Kim Porter was a bridesmaid at Kimora Lee Simmons’ wedding to Russell Simmons and they remained best friends until her death.