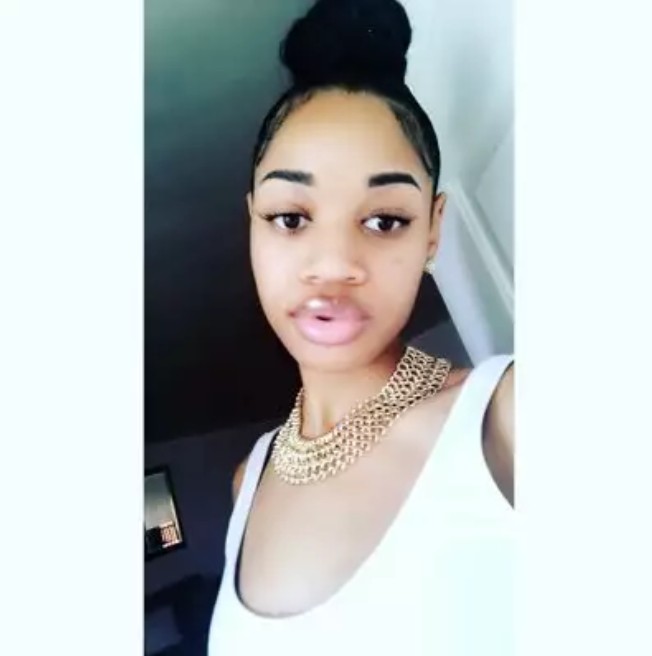 A former lesbian named Destiny, has taken to Twitter to speak out against homosexuality, calling it a sin. The Twitter user who goes by the username, @sheisdestinylee, said that for so many years, the devil lied to her that having a female lover was better for her than a male lover.

In her tweets, the former Lesbian said all of her mother’s pleas fell on deaf ears because she was blinded by her desires and defensive to the truth. She claims God has now delivered her. She wrote:

“Homosexuality is a SIN, God delivered me, he can deliver you as well. The devil made me believe years ago a woman could love me better then a man since women know how they want to be treated. The devil is a liar. Repent of your sins. Thank you Jesus for grace

One thing I want to say about Homosexuality is that when I was that no one could tell me ANYTHING. I loved the sin. It felt good. And let me be VERY clear. I WAS NOT BORN LIKING GIRLS. The devil fed on my insecurities giving me these thoughts and I acted on them!!!

I had a DECISION AND I CHOSE SIN. I chose to be with both girls and guys but mainly girls. My mother would tell me it was not right and won’t be tolerated but I didn’t want to hear it. The enemy’s tactic is to make you defensive to the TRUTH!” 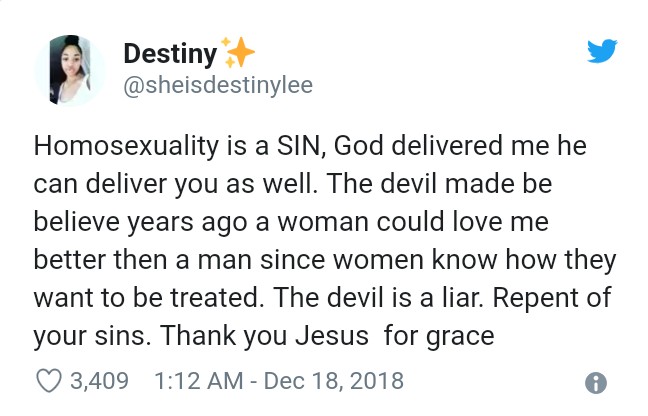 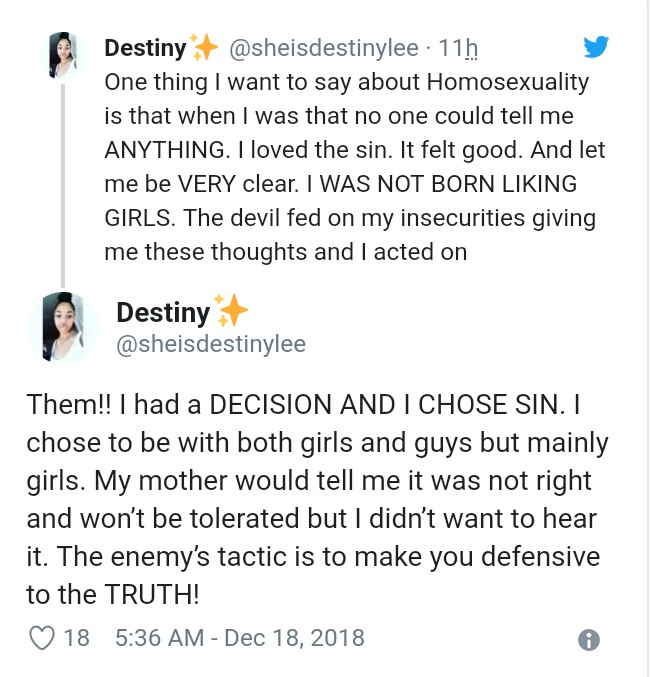