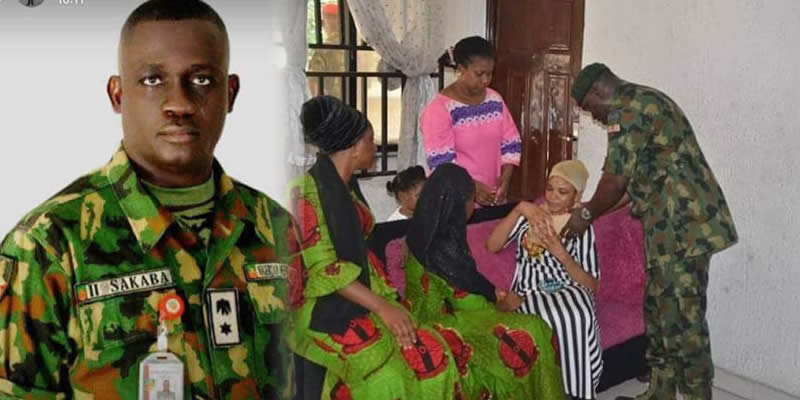 Young Girl, Adeola Adereti Recounts The Negative Impact of Her Seemingly Good Upbringing And Relationship With A Man Who Destroyed Her Dignity

Recall the post about how Seun Sakaba, the widow of one of Nigeria’s fallen heroes, Lt. Col. Ibrahim Sakaba, called out former vice president, Atiku Abubakar, 72, for claiming to have extended a hand of fellowship to her via a telephone call in her trying period? If not, you can read it here.

Well, the presidential aspirant has withdrawn his claims saying, he couldn’t reach the widow but spoke with her sister-in-law.

See his press release about the matter below:

“Following the death of Lt. Col Ibrahim Sakaba during the Boko Haram insurgents’ attack on 157 Task force Battalion in Metele, His Excellency Atiku Abubakar’s staff has made efforts to get the contact of his widow to enable the former Vice President express his condolences over the loss of the fallen hero.
Over the weekend, Atiku Abubakar was availed with phone numbers of Mrs. Sakaba and Maryam, younger sister of the late soldier, in the alternative.
On Sunday, the former Vice President tried albeit unsuccessfully to contact Mrs. Sakaba but was able to eventually speak with Maryam, younger sister of the gallant soldier during which he expressed his deepest condolences to the family.
However, this communication was erroneously communicated. The error is regretted.”

Atiku further reaffirmed his deepest condolences to the Sakabas praising their son’s bravery and sacrifices, while praying for the rest of the family to be safe.