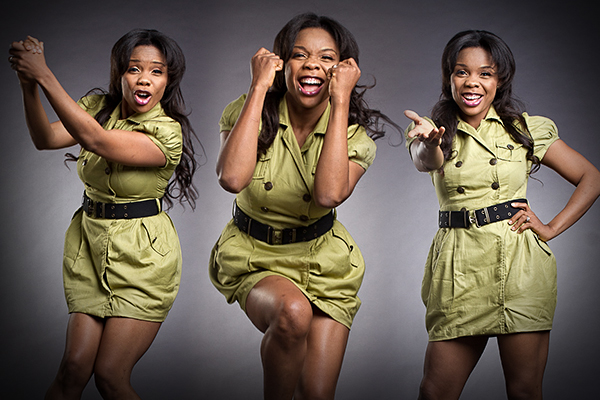 Following the spate of suicide in the land, Nigerian dancer, choreographer, dance instructor and fitness coach, Kafayat Oluwatoyin Shafau-Ameh, 38, popularly known by her stage name ‘Kaffy‘ has aired her thoughts on the sad turn of events.

The mom-of-2, who had in an earlier post, admitted to having battled & won depression, advised everyone who has some level of influence on the boy-child, especially parents, to allow them express themselves and not keep telling them to ‘Man Up.’

READ ALSO: Mom-Of-2, Kaffy&#8217;s Touching Stories Of Her Perseverance And The Betrayals On Her Way To Stardom Is a Must Read! 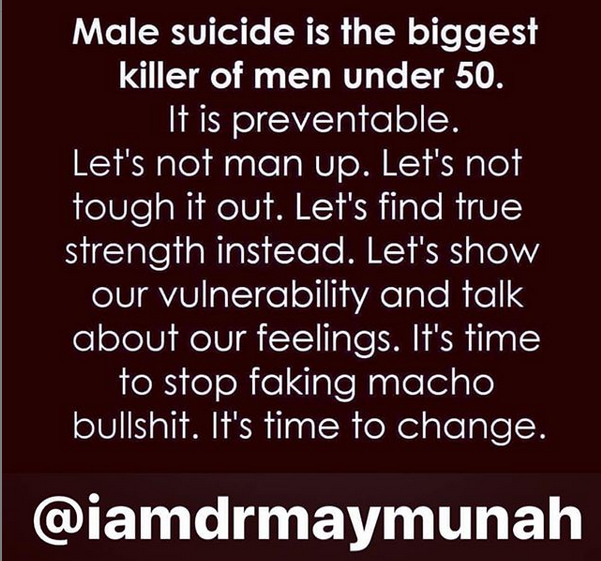 “This has to STOP. Let that attitude and training of MANING UP end in 2018. You are a man doesn’t mean you are of weak character or you aren’t meant to seek help when you need it.
Real men express their emotions..
Real mean cry when hurt …
Real mean speak out when in need..
Real men talk to family and friends …
Real men seek for help …
Real men are bold to voice out their emotions..
Real men are humans….
Real men shouldn’t be shamed when they talk.. Let us begin to encourage, train and educate our boys, who will be men some day that being a MAN doesn’t mean you shouldn’t cry out when in need.We can’t continue to lose our men just because of this myth that you have to MAN up.
Tears are therapeutic…
Speaking out is healing…
Talking to a trusted friend is relaxing…
Seeking for help is of strong character…
Encouraging someone to do so is motivating… Let this MYTH end in 2018, this is 2019 and we can change the narrative… Suicide is more in MEN than in Women and if we continue with the belief that being strong means macho and men should MAN UP when in pain… then, we are going to see more emotional challenges in our society.
As a parent, join in this movement
As a teacher, be a part of the movement
As a guardian, get involved
As an uncle, aunt, family friend, follow suit
As a concerned human being, it’s high we all do the needful… In as much as there are numerous warning signs of suicide which are either ignored or trivialized by people around the person in need, please do know that “Suicide is 100% preventable”. Not all cases of suicide is due to depression.
We NEED all hands on deck to fight this societal menace.It’s time to change the narrative…. May the souls of all the people that died from suicide Rest In Peace… Ameen
#lifeofashrink
#mentalhealthadvocate
#healthiswealth
#depressionisreal
#mentalillnessesaretreated
#stopthestigma
#pinnaclemedicalservices
#celebrityshrink
#thoughtleader
#mentalhealthawareness”