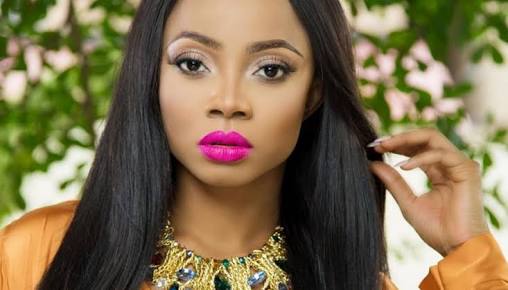 Media personality and fashionista,  Toke Makinwa, has a stern message for deadbeat fathers. The OAP took to her Instagram page to reveal that she was sick and tired of men who don’t take up their responsibilities and provide for their families.

Toke Makinwa in her post called out a certain man named ‘Bolaji‘ who allegedly beat up his baby mama, breaking her phone in the process, and threatened her despite leaving her stranded while she was pregnant.

Toke has now taken up the case and issued a 24-hour ultimatum to Bolaji to,

‘contact her (mother of his child), buy back the phone he smashed in the process and leave her the heck alone’.

READ ALSO: Oluwanishola Ogudu Finally Tells It All On Wizkid Being a Deadbeat Dad

“I am sick of deadbeat fathers. This year I will not tolerate any shit from any man who decides to play God. If you put a woman in the family way, stand up and be counted. It’s not about not having money, the little you have is more honorable than nothing.

How do you sleep well at night? I don’t care what transpired between you two, no one forced you to have sex. a child was brought into this world and you two are responsible for that child. I am raising so many kids that I did not help create, now that’s not a problem for me cos many years ago I asked God to make me a lender to nations and as much as I can I’ll continue to support however I can.

What I won’t take is for you to beat the mother of your child. Even worse, in the presence of that child. Don’t go around beating anyone period! I am giving you 24 hours to contact her, buy back the phone you smashed in the process. How dare you threaten her? This one will be your last. You go to her, apologize to her and leave her the heck alone. If you are not going to support them, do not stand in her way. Talking about let’s see how you’ll get help now, really??? you left this girl stranded thru out her pregnancy, she’s come so far by herself without your contribution yet you dare try to sleep with her again, she said no and you beat her up? I am beyond livid.

I blame this sick culture of ours, the shame culture that silences a lot of women dealing with irresponsible men. So many women walking around in fear and pls don’t come at me with your judgement this year, save it. I will speak up for those without a voice.

I will use all I have to put you in jail. I have contacted the police but I will give you 24 hours before I release your identity. Your name is bolaji and that’s all I’ll say for now. I will contact your work place too. Your boss needs to know you also double as hulk Horgan or Mike Tyson and perhaps fire your lame ass since you have other specialties.

I’m sure they wouldn’t want this sort of attention. You have messed with the wrong one. I will meet you at every level if I have to and you will be the exhibit to other men who think they can do as they want. This is your first warning. Clock is ticking”