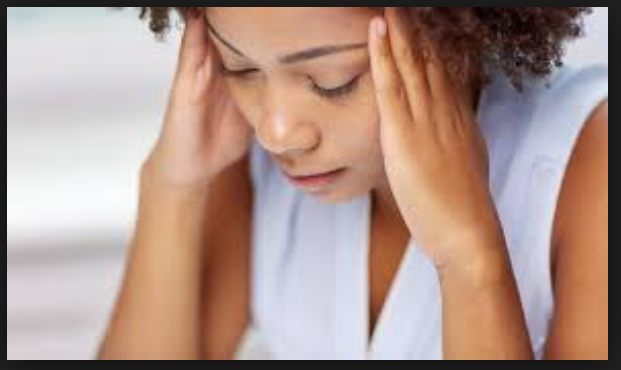 Adunni’s is one death I am not certain I would be able to get over. I do not want you to get me wrong, I was friends with Adunni for over 25-years and I can tell you categorically that she was a good person but she did not know how to manage success because it was thrusted her way before she could prepare for it.

Adunni was a very beautiful girl from a humble background; the first of 5 children who all looked up to her…

I remember telling her the story of one of Nigeria’s richest men ever lived whose 2nd wife was assassinated. I learnt that the day of the woman’s burial, her innermost chamber where people did not have access to while she was alive was thrown ajar for people to enter. And because none of her 7 children as reported, was in the country when she died- her husband was incarcerated while her children were in schools abroad, because of her faith, she had to be laid to rest immediately. Her siblings were reported to have had a field day ransacking her things and making away with some of them.

READ ALSO: Dear MIMSters: Permit Me To Say This To Every Married Woman As I Mourn My Childhood Friend, Adunni

Do not get me wrong, I do not sign to theft but I wish we will all know that human relationships are more precious that possessions. No one leaves this earth with possession, but whatever you do while you lived will be the anthem people would sing after you are gone.

Like I stated, Adunni got new friends who had contrary opinions to mine. She stopped listening to my advice because her new friends asked her not to. They had told her to make life unbearable for her husband if he would not cut down on his relationship with his siblings.

I was with Adunni on a certain evening when Kolade returned home with one of his nephews. He greeted us and went up the stairs. Almost instantly, he returned to ask her about a new shirt he had left in their room. Apparently, he had promised the shirt to his nephew but when he couldn’t find it, he took off his own copy of their ‘His & Hers wristwatch and handed it over to the young man. Adunni was mad!

She later confessed to me that she hid the shirt because she knew he would give it out, but what she never bargained for was that he could let go of his own copy of their wristwatch like he did.

I would tell her that unlike many rich Nigerian young men, Kolade’s only short-coming was being too close to his siblings who weren’t dangerous in any way but she would not listen to me. She chose to listen to ‘the friends in her class’, -that was how she once referred to them when she told me to back off.

These friends would take Adunni all round the world attending parties and she stopped coming to church with me. When I pointed her attention to her newly found style of prayer-lessness, she asked me what my prayer-fulness has gotten me!

Not too long after, She cut me off. If I visited her, her security guards would either tell me she was busy or out of town.

And If I called her, she would not answer her call so I was shocked when I received an SMS from her about 2-months ago; she had asked me to please see her urgently.

When I got to her home, I found my friend looking her a ghost of herself. Adunni had a terminal disease and had asked to be brought back to Nigeria so she could spend her last days with loved ones.

She passed on on Christmas eve! And I have not been able to stop the tears ever since.

There is nothing about this life, my sisters.

In the last 3-weeks since her death, her heart broken husband and children have not been able to do anything for themselves and by themselves. Guess who has been running the affairs of her home? Her sisters-in law.

Sis. Tinu has been strong for Kolade and the children, pulling them close, showing them love and care while most times barking orders at the house staffs while Adunni laid cold in the morgue.

She was buried last Thursday amidst some coldness, her own siblings couldn’t even make decisions about her burial; Sis. Tinu sat atop all programmes.

The irony of it was that those three social friends of Adunni’s sat close to me at her burial and their comments about her were pathetic. They said she killed herself by being too social-life conscious and not minding her health. They said she was too aggressive and antagonistic. One of them even told me how they told her to appreciate her husband’s people when they saw how Sis. Tinu held everything together but I knew they were lying. I was too heartbroken to answer them, I only felt terrible that my friend ended like this.

Adunni died a few days to her 40th birthday which I learnt she had been planning for since 2017.

Hmm! I am sure someone is wondering what my point really is?

Well, as women, we must learn to invest in human relationships wisely. We must choose our friends wisely and must know that we hold the key to our husbands’ hearts if we will play our games well.

I am just too sad to express myself, please pick what is applicable to you and remember that there is nothing to this life.